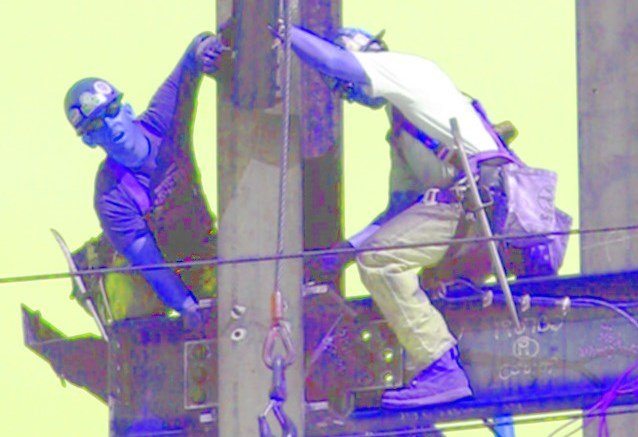 Readers of Capital & Main are all too familiar with wage theft and job misclassification – twin plagues that afflict American workers, especially truck drivers at the Los Angeles and Long Beach ports. Employers use wage theft to shortchange employees out of their wages and benefits by shaving hours off time cards; job misclassification, on the other hand, allows companies to deny that the people working for them are even employees at all, but freelancers who are ineligible for government-provided benefits such as unemployment insurance and workers’ compensation. By misclassifying their workers, employers do not pay the kinds of payroll taxes that provide these and other services to workers.

Now, thanks to an epic investigative series published yesterday by the McClatchy news syndicate (publisher of the Sacramento Bee), in partnership with ProPublica, these two issues have been pushed before a national audience. The series, “Contract to Cheat,” sets out the most comprehensive study of job misclassification — and the problem of wage theft that often accompanies it — to be found in one popular media site. The jump-off point is the federal stimulus of 2009 and the wave of federally funded housing projects it created. In the panicked atmosphere of the Great Recession, the Obama White House decided to pull back from its previously announced get-tough policy on workplace abuses, especially job misclassification and wage theft. As a result, government watchdogs were content to doze by the fireplace while unscrupulous employers – particularly in the construction industry – cheated their workers out of fair wages and communities out of economic recovery. According to the series:

The scofflaws undercut the bids of do-it-right competitors who refused to push their roofers, painters and electricians off their payrolls and into limbo.

Laborers got swindled. They lost unemployment insurance and, in many cases, workers’ compensation benefits and fair wages. Some didn’t even know they were being hurt.

“Contract to Cheat” was a yearlong effort conducted in 28 states, including California. Breathtaking in its scope, the series amplifies themes that have previously been addressed in more narrowly focused studies, such as the Los Angeles Economic Roundtable’s recent Sinking Underground survey. The labor landscape that the McClatchy series captures more resembles the piratical chaos of Camorra-controlled construction sites in Naples than the play-fair ideal that many Americans imagine exists in their country. The authors pull no punches in their blunt exposé of working conditions in Southern right-to-starve states, noting that the absence of unions in that region is greatly responsible for employer lawlessness.

“In Florida,” the series notes, employer fraud resulted in “nearly $400 million a year in squandered tax revenue from construction firms and their workers. In North Carolina, nearly $500 million a year. And in Texas, a staggering $1.2 billion.”

Texas, in fact, figures in the series as an earthly paradise for employer fraudsters: “A review of federally funded housing projects in Texas shows a third of the companies that won federal housing jobs treated their workers as independent contractors – not employees.”

The revelations in “Contract to Cheat” are undeniably read-and-weep stuff. But its investigators also point to the kind of success that places such as California’s Fresno County enjoy thanks to rigorous, well-funded policing of tax-subsidized construction sites. The series also proposes six “fixes” to help curtail job misclassification, including training regulators to look for cheaters as well as establishing coalitions of law-abiding contractors – and compelling government agencies to only do business with them. That firmer enforcement is required is borne out by the figures. According to the series, Obama administration investigators looked at 33,146 potential labor law violations in 2013 – compared with 49,521 a year midway through Bill Clinton’s presidency. That’s a gap that needs to be addressed quickly.

(Construction worker image is based on an original photo by Paul Keheler.)
Related Topics:misclassification of employees as independent contractorswage theft
Up Next