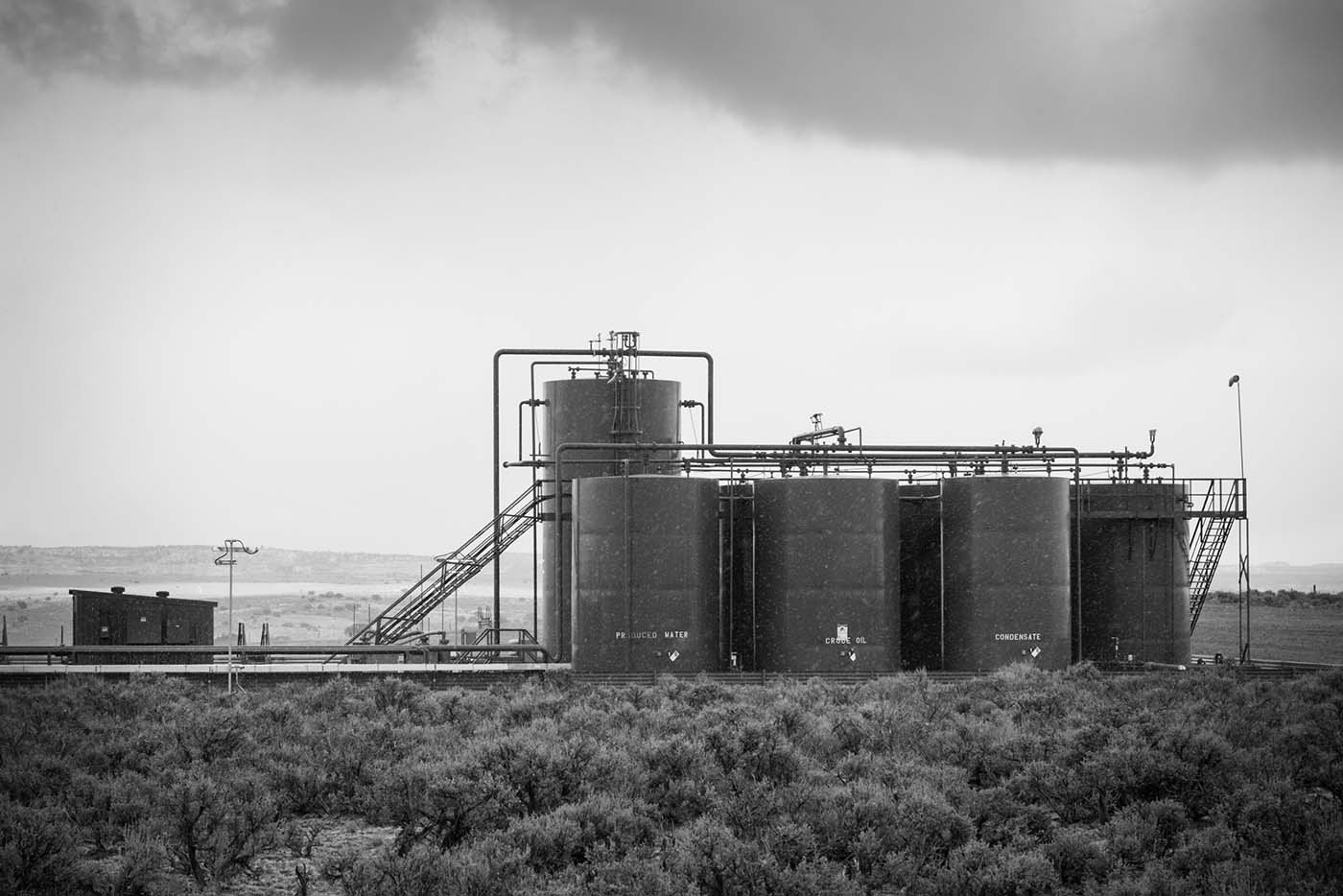 In mid-November, after months of hinting about an upcoming bill, Gov. Michelle Lujan Grisham’s administration sent a draft Hydrogen Hub Act out to stakeholders for their input. First reactions are not positive.

The 27-page act is designed to make New Mexico a national hydrogen production hub, and 22 of those pages detail tax incentives and tax breaks to promote building production and distribution facilities and other major infrastructure. The rest details how carbon emissions for hydrogen production need to decrease over time and how fresh water cannot be used to make hydrogen if companies are to get the tax breaks.

While not directly stated, those physical requirements indicate the act is clearly aimed at producing and distributing so-called blue hydrogen, which is developed from natural gas. That fuel is already resoundingly unpopular with the state’s environmental contingent, as natural gas leaks from both oil and gas wells are a major source of greenhouse gas and air pollution emissions.

Hydrogen creates no carbon emissions when run through a fuel cell or burned, though burning it does release nitrogen oxide air pollution.

The upcoming state Legislature session is a biannual 30-day event dedicated to money issues — but the governor is allowed to introduce bills on any topic. Lujan Grisham has talked of the Hydrogen Hub Act as a signature piece of legislation for the upcoming session.

(Neither the governor’s office nor the Energy, Minerals and Natural Resources Department, which actually distributed the draft bill, responded to questions for this story)

The draft bill arrived in inboxes a day after Gov. Lujan Grisham flew to Washington, D.C., to attend the signing ceremony for President Joe Biden’s Infrastructure Investment and Jobs Act.

Biden’s act includes $8 billion to create four hydrogen production hubs across the country, at least two of which are to be located in regions with “the greatest natural gas resources,” according to the wording. In a forum in Farmington, New Mexico, earlier this year, Lujan Grisham said she wanted that money for the surrounding San Juan Basin, the state’s second-biggest fossil fuel production area, which is devoted mostly to natural gas production.

Hydrogen creates no carbon emissions when run through a fuel cell or burned (though burning it does release nitrogen oxide air pollution). And a kilogram of it (about 2.2 pounds) has roughly the same energy content as a gallon of gasoline or diesel. This makes it a great possible replacement fuel for long distance transport or heavy industry.

However, the draft Hydrogen Hub Act specifically calls for natural gas utilities to blend hydrogen into their fuel stream to theoretically lower their greenhouse gas emissions, a process known as hydrogen blending.

One issue with hydrogen is that it takes more energy to split it away from either water or natural gas than it provides when later converted to energy.

Hydrogen’s environmental and public health problems come from its production. A color-coded system describes the different processes and hints at the associated environmental and climate threats. Green hydrogen is created from water and renewable energy, but is energy intensive and expensive to make. Blue hydrogen is created from fossil fuels — usually natural gas — and the carbon waste is sequestered. It is also energy intensive but less expensive. Gray hydrogen is made the same way, but the carbon is vented to the atmosphere, where it contributes to global warming. This is currently the cheapest and most common production method in the country.

Another complication with hydrogen is that it takes more energy to split it away from either water or natural gas than it provides when later converted to energy. And the main drawback comes from needing a lot of natural gas for both the feedstock and the heating fuel when making blue hydrogen, so overall, even small methane leaks from the gas supply chain can quickly outweigh hydrogen’s benefits.

So a hydrogen blending power plant ends up using natural gas in three ways: as the main fuel, as the feedstock for hydrogen, and as the fuel that powers the hydrogen conversion process.

Lujan Grisham’s proposed bill for the 2022 legislative session came out seven days after Lujan Grisham returned from a week in Glasgow, Scotland, where she attended the COP26 climate summit. While there she promoted the state’s green initiatives, particularly in corralling methane emissions from oil and gas production. Methane is a key component of natural gas and a potent greenhouse gas, trapping up to 86 times more heat than carbon dioxide.

Those green efforts stemmed from a previous bit of signature work. The governor’s third act upon taking office in 2019 was setting up a Climate Change Task Force and committing the state to dramatic reductions in greenhouse gas emissions.

The state has issued new rules set to sharply rein in emissions from the oil and gas industry, which make up more than 50% of the state’s emissions total.

State Sen. Carrie Hamblen (D) is also skeptical of what’s in the bill. “Well, it’s not coal [the dirtiest fossil fuel], but it’s also not solar or wind,” she says. She’d prefer to see the effort put into those energy sources rather than “an industry that is being heavily sold as the next best thing to oil and gas.”

“I think we always have to remind ourselves that we are running out of time and we don’t have the time to waste starting from scratch on these ideas that we haven’t fully mastered,” she adds.

A study from earlier this year shows that hydrogen made from natural gas can actually have a higher carbon footprint than simply burning the natural gas itself for energy.

In public talks over the past several months, Lujan Grisham and Environment Department Secretary James Kenney have said that new rules from both his department and the state’s Oil Conservation Division should keep methane emissions to an absolute minimum, increasing blue hydrogen’s green credentials.

But Camilla Feibelman, director of the Sierra Club Rio Grande chapter, says, “Even with the best methane rules, you can’t really reduce the carbon emissions enough to meaningfully get us towards our climate goals.”

A study from earlier this year shows that hydrogen made from natural gas can actually have a higher carbon footprint than simply burning the natural gas itself for energy, even with those new state emissions goals.

“If you understand that that central tenant at the center of the bill is a false premise,” says Tom Solomon, the co-coordinator of 350.org New Mexico, “then all the things that they’re wanting you to do … won’t happen and you’ll get largely the opposite effect.”

Disappointment in the bill stems from more than simple calculations about natural gas.

Northwestern New Mexico rode a decades-long economic wave fueled by natural gas until the economic crisis of 2008 and has never fully recovered. In the meantime, a pair of coal-fired power plants and their affiliated coal mines have been slated for closure and then tempted back from the dead with various schemes to keep them open. Local and state politicians and a few energy entrepreneurs want to keep the energy they produce as well as the hundreds of jobs and millions in local revenue they provide.

In theory, through the Hydrogen Hub Act, the power plant owners could get tax incentives and write-offs to convert their operations to hydrogen, even though it might be less carbon-intensive and less expensive to simply convert them to natural gas. Or replace them entirely with solar or wind generation.

The whole area around Chaco Culture National Historical Park is sacred to Native tribes in the region and sits at the southern end of the San Juan Basin. It also sits atop an oil deposit.

“It just gets discouraging a bit when you’re always sort of this … guinea pig for their latest shiny, flashing energy stuff,” says Mike Eisenfeld of the San Juan Citizens Alliance.

“This is what plagues the San Juan Basin,” he says.

“The main people impacted by these newfangled ideas are always the very young and the very old,” says Atencio. “And in northwestern Mexico, those communities are environmental justice communities.”

A chunk of the Navajo Nation lies atop the San Juan Basin, and fossil fuel politics are ever present.

Earlier this month, a spokesperson for the state Environment Department said that the administration will get in touch with Native communities when the bill is further along.

Atencio, thinking of the Native people who live in the area, says, “Not talking with them, not even taking time to outreach to them, it’s kind of a continued environmental injustice.”

On the same day the governor’s administration sent the proposed Hydrogen Hub Act to groups in New Mexico, President Biden announced a plan to stop new oil and gas drilling leases on federal lands within a 10-mile buffer of Chaco Culture National Historical Park. The whole area around the park is sacred to Native tribes in the region and sits at the southern end of the San Juan Basin. It also sits atop an oil deposit.

Atencio is happy about the extra protection around Chaco but thinks that if natural gas production increases across the region to make a new hydrogen industry, “The greater Chaco landscape is still going to be planned as a national sacrifice zone.”