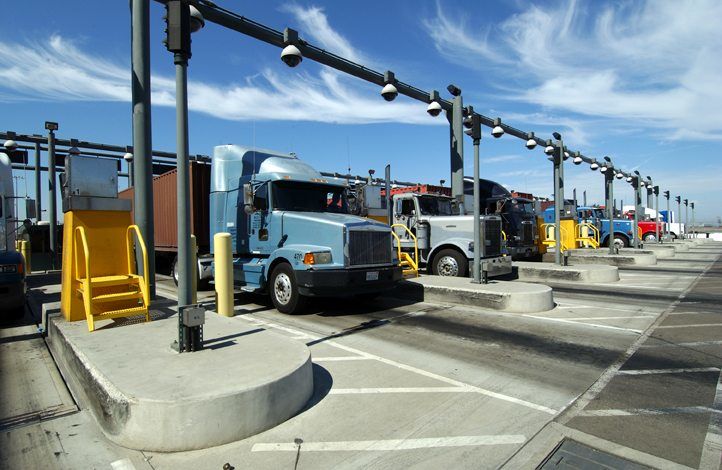 (This is the second in a three-part series about the misclassification of employees as independent contractors – a practice which affects millions of workers in the U.S., including most of the nation’s nearly 100,000 port truck drivers.)

Within the major trifecta of tactics used by today’s employers to slash the cost of labor and to maintain pre-New Deal levels of control over their workers, independent contractor misclassification is perhaps the most powerful and ubiquitous.  (The others are the sub-contracting of essential functions and the use of temporary workers.)

Each of these ways of doing business damages the economy, suppresses wages for all workers and undermines popular and well-established laws designed to protect them. Yet independent contractor misclassification stands out in terms of its sheer boldness. When used as a shield against employer obligations by key industries (rather than a genuine administrative mistake by “Mom and Pop” shops) it’s a defiant avoidance of the hard-won, bare minimum of employee protections American society had embraced by the middle of the 20th century.

Those protections include workers’ compensation, one of the earliest of federal workplace regulations; the New Deal-era minimum wage, overtime and working hours regulations; the Social Security program, later expanded to include Medicare and Medicaid; and the right to organize and engage in collective bargaining with one’s employer, which also gained federal recognition during the Depression. They also include workplace health and safety laws, which have been on the regulatory scene since the late 19th century, as well as  civil rights era anti-discrimination and harassment laws.  All of these protections are well entrenched in modern American society.

Yet tens of millions of American workers receive none of these rights and protections, and many of the nation’s most vulnerable workers –low-wage and immigrant – are the ones most affected by this trend. In today’s commercial climate of global hyper-competition, renaming one’s employees “independent contractors” presents a tidy way to cut labor costs in order to get an edge on one’s competitors and fatten profits.  The phenomenon is widely acknowledged, and the fact of massive misclassification across a variety of low-wage workforces is not subject to serious legal contestation.

Port trucking, a key industry in today’s global supply chain, is an unfortunate poster child for independent contractor misclassification. Since deregulation of the industry in 1980, the forces of hyper-competition have been especially acute, creating what is often called a ‘race to the bottom,’ driving high-road businesses out of the industry. Drivers operate entirely under the legal authority of the trucking company for which they haul; they report to the company truck yard to be dispatched by a company dispatcher to haul loads determined by the company; they have no independent contact with the customers and handle no money. In Southern California, the vast majority drive trucks that are either owned by their company or controlled by the company through sham financing arrangements, in which lease payments (to the bank) are deducted from their paychecks (from the company). Drivers work exclusively for one company at a time, on a long-term basis – the very picture of the employer-employee relationship. Perhaps most notably of all, they have no opportunity for profit based on entrepreneurial skill or luck: the only way they can increase their earnings is by increasing their personal labor. These facts together create a strong case for misclassification under each of the legal tests used to identify the phenomenon.

Across the American economy, independent contractor misclassification is a pernicious practice that damages individual workers, their families and communities, the public fisc, the larger social fabric and the health of the planet. It ignores the hard-won 20th century democratic consensus on the minimum rights of workers as human beings. It allows industry to even more dramatically offload the social and environmental costs of its business operations onto those who can least afford it, and onto the public.

Port trucking presents a case study of these ill effects. Drivers and their families often live in poverty, sending social and economic ripple effects into their communities. Drivers also often work well beyond the number of hours that are safe, and drive when they are tired or sick.  They accept unsafe or overweight loads, many times in response to company or customer pressure, which presents a public safety risk on the highways. Most of all, the environmental costs of port trucking – one of the major sources of urban diesel emissions – are well documented. Clean truck programs have been implemented in many of the nation’s ports to address these effects, largely successfully. Yet under the independent contractor business model, drivers generally remain responsible for maintenance of the often publicly financed clean trucks. The present system faces a cliff’s edge when the currently clean trucks – purchased with massive infusions of public cash – end their lives.

The way out of this downward spiral, and others like it, is to begin by addressing the problems at their source: the misclassification of employees as “independent contractors.”

This is the second in a three-part series. Read Part I: Forward into the Past? and Part III: The Fix: Restoring the Rights of Misclassified Workers.

The Face of Construction in L.A.