In a far-reaching victory for hotel workers, a new labor agreement has been reached between the national Hyatt hotel chain and UNITE HERE, which represents Hyatt workers in Los Angeles, San Francisco, Hawaii and Chicago. The accord caps a long, tenacious fight by the union. In a memo emailed to union affiliates, UNITE HERE national president D. Taylor thanked union activists and elected leaders whose efforts over the last two years have led to “substantial wage increases and quality health and pension benefits.”

Today Hyatt Hotels Corporation and UNITE HERE, the union of hospitality workers in the U.S. and Canada, announced a national agreement that resolves longstanding disputes between the two organizations. The agreement creates a framework for the company and the union to work together moving forward. Both UNITE HERE and Hyatt hailed the pact as a positive step.

The agreement will go into effect upon the settlement and ratification of union contracts by Hyatt associates in San Francisco, Honolulu, Los Angeles, and Chicago. Pending associate approval, the contracts will provide retroactive wage increases and maintain quality health care and pension benefits. The proposed new contracts would cover associates into 2018.

A key provision of the agreement establishes a fair process, which includes a mechanism for employees at a number of Hyatt hotels to vote on whether they wish to be represented by UNITE HERE. As part of the accord, upon ratification of the union contracts, UNITE HERE will end its global boycott of Hyatt.

D. Taylor, the president of UNITE HERE, said, “We look forward to a new collaborative relationship with Hyatt. This agreement shows that when workers across the hotel industry stand together, they can move forward, even in a tough economy. Both organizations deserve credit for working out this constructive step forward.”

“We are delighted that our associates in Chicago, Los Angeles, San Francisco, and Waikiki will have contracts and the pay raises that go with them,” said Doug Patrick, Senior Vice President, Human Resources for Hyatt. 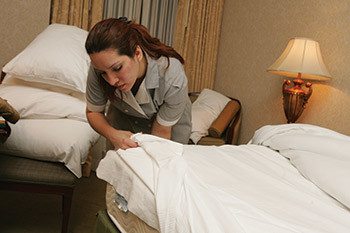 Parks and Rec: The Half-timer’s Story