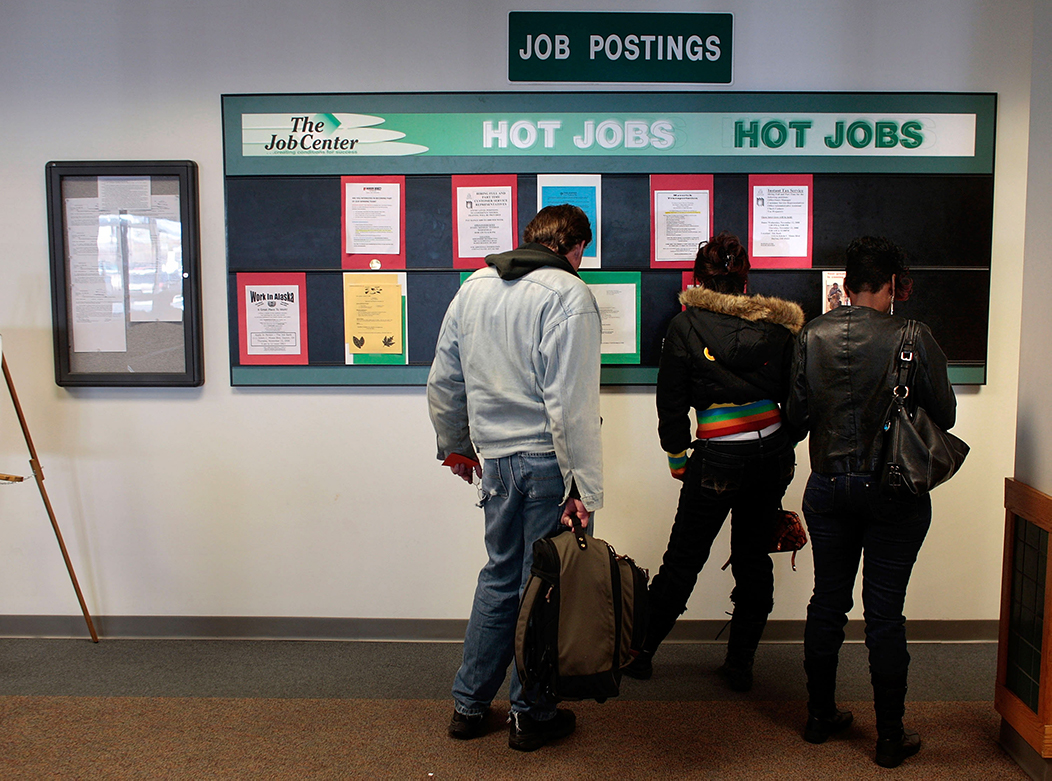 Many of these struggling metropolitan areas are in states that could determine the 2020 election.

The reigning narrative holds that the U.S. economy was booming until the coronavirus pandemic wrecked it, first rupturing supply chains, then overwhelming hospitals, then closing stores and factories and causing Depression-era levels of unemployment.

But that is hardly the whole story. Some parts of the country – and millions of Americans – never fully recovered from the Great Recession of 2007-2008. Many of these struggling metropolitan areas are in states that could be critical to the outcome of the 2020 election, like Pennsylvania, Ohio, Michigan, North Carolina, Georgia, Wisconsin and Arizona. Almost forty percent of the regions that had fewer jobs in 2019 than in 2007, when the housing market collapsed, are in these seven potential swing states, according to an analysis of data provided to Capital & Main by the Brookings Institution.

Early indications suggest that lagging rustbelt regions from Johnstown to Youngstown continue to fall behind during this current recession. Indeed, all 24 metro regions in Ohio, Pennsylvania and Michigan that never fully recovered jobs lost during the Great Recession had unemployment rates that were higher than the national average in April, according to Capital & Main’s analysis.

As part of its United States of Inequality series, Capital & Main talked to voters in three regions that never fully bounced back from the Great Recession to see how they are faring during the current economic meltdown. They are in Dayton, Ohio; Erie, Pennsylvania; and Battle Creek, Michigan. Each one is in a county that swung for Trump in 2016.

Twenty-seven percent of the country’s 384 metropolitan regions actually had fewer jobs in 2019 than in 2007, according to the Brookings Institution analysis. Those 104 “left behind” regions span the country, from California to Maine, from the deep South to the Midwest. But about half are in the Midwest and the Mid-Atlantic states of New York and Pennsylvania. Some have more rural economies, others are medium-sized metro areas that may lack major universities, and others are manufacturing centers “that have had a terrible time for 30 years,” says Mark Muro, a senior fellow with the Brookings Institution’s Metropolitan Policy Program.

“The conventional wisdom on regions’ recovery from economic shocks even into the last decade tended to assume that regions naturally recovered, naturally ‘snapped back’ over the medium term, with the assumption that workers and local economies will adjust,” according to Muro.

That assumption has been turned on its head in recent years by research produced by Brad Hershbein, a senior economist with the Michigan-based W.E Upjohn Institute for Employment Research, and others. “Even up to a decade after the recession is over, these places that were severely affected have a lower share of the population employed than places that were not as severely affected,” Hershbein says.

It’s far too soon to say for sure how these regions will respond to the economic shock caused by the coronavirus, which had initially ravaged blue areas of the country but had economic consequences nationwide. But in April, 63 percent of the 104 lagging regions identified by Brookings had unemployment rates that were higher than the national average, according to a Capital & Main analysis of preliminary data from the U.S. Bureau of Labor Statistics (BLS).

Flint, a former manufacturing powerhouse, has been hit particularly hard by the COVID recession. Its unemployment level shot up to 30 percent in April, more than double the U.S. rate and a higher rate than that the nation saw at the height of the Great Depression, according to data from the BLS.

And these lagging regions have fewer resources to fall back on when times get tough. That’s particularly bad news for poor people who live there. “If you’re in a declining region, there’s generally less tax revenue to support different programs, to try to increase training, to lift people up,” he added.

Political scientist Shaun Bowler maintains that the grinding effects of persistent job loss give rise to “nativist and anti-globalization attitudes” in regions that have been left behind.

UC Riverside political scientist Shaun Bowler maintains that the grinding effects of persistent job loss give rise to “nativist and anti-globalization attitudes” in regions that have been left behind.

His analysis runs counter to that of some influential political scientists who have found that racial resentment drove Trump supporters’ perception of the economy rather than negative views of the economy animating Trump’s support.

Bowler minces no words in his criticism of the Republican Party, which he says has employed “nativism and racial resentment as a central strategy.” But he says the Democrats have failed these regions, too.

“I don’t think the Democrats have had much to say to these hollowed out areas,” he says. According to Bowler, these voters ask, “Oh, we’re going to have a green economy. It’s like, well, really where are the jobs that are for me? Saying ‘learn to code,’ it’s not really an option.”

This debate – along with much of the reporting, analysis and punditry since 2016 – has focused on the attitudes of white, non-college educated voters who swung for Trump, whether motivated by economic despair, anti-immigrant fervor, racial resentment or some combination. But as our reporters found, these regions are diverse. And these voters – including those who more typically belong to the Democratic coalition – will matter in 2020.

They include undercapitalized African-American business owners in Dayton, Ohio; white millennials facing down college debt in Erie, Pennsylvania; and a multiracial group of Battle Creek activists distributing food in response to the COVID recession. They have endured the impacts of deindustrialization and an economy that, even before the current crisis, has been increasingly working for a smaller share of the country.

Residents of these regions are beginning to focus on an election, which once seemed like 2020’s biggest story, and has now been eclipsed by a deadly pandemic, mass protest over police violence, and another deep and possibly long-lasting recession. How they view their economic prospects under Donald Trump vs. Joe Biden could well determine the outcome of the presidential race.

This story will be updated in early July after the U.S. Bureau of Labor Statistics releases new unemployment figures for metropolitan areas.