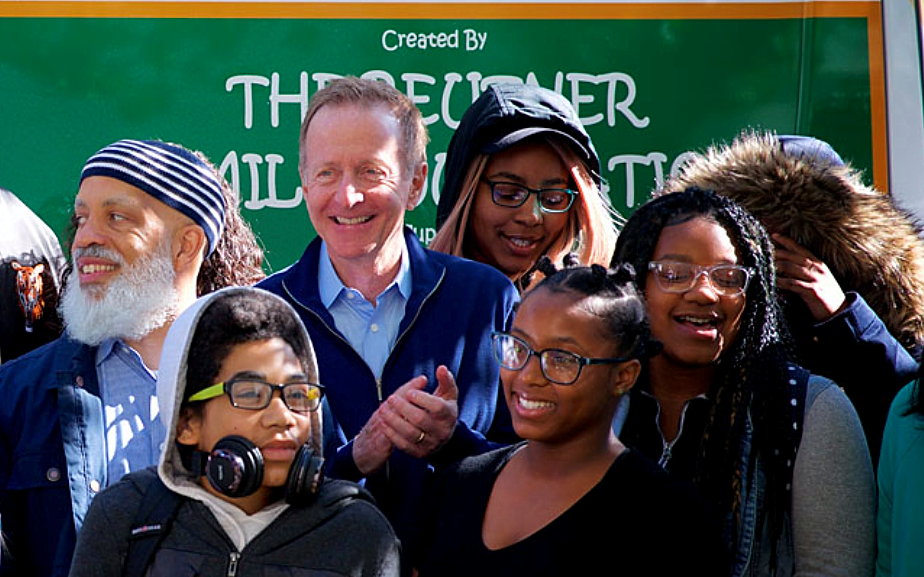 It’s official. On Tuesday, the Los Angeles Unified School District board confirmed what city media outlets had been reporting during the previous 24 hours as likely: Millionaire investment banker Austin Beutner will be the next superintendent of L.A. Unified, the nation’s second-largest public school district.

The school board reportedly negotiated a three-year contract with Beutner prior to Tuesday’s announcement, offering him an annual base salary of $350,000.

The 5-2 vote to ratify the contract (George McKenna and Scott Schmerelson cast the dissenting votes) came at the end of Tuesday’s school board meeting. The vote brought to a close a fast-tracked, three-month nationwide search for a successor to Michelle King. A popular superintendent who had risen through the ranks at LAUSD, King officially stepped down in January after barely two years on the job to concentrate on fighting a cancer diagnosis.

The announcement also capped an impassioned day of public testimony, the vast majority of it opposing Beutner and pleading for the board to hire LAUSD’s current interim superintendent, Vivian Ekchian. The superintendent search had been winnowed to just the two candidates in the final weeks.

The 58-year-old Beutner, who has no background as an educator, was widely seen as the more politically connected of the two, as well as being the prospect most sympathetic to charter schools. He may best be known to Angelenos for his troubled, yearlong tenure as publisher of the Los Angeles Times in 2015, as well as for Vision to Learn, a charity he founded to provide vision screenings and glasses to low-income students. The charity was recently in the headlines for being in breach of a $3 million contract with LAUSD over delivery of services.

Ekchian, also 58, had been overwhelmingly favored by teachers and district insiders and, like King, had spent her entire education career within LAUSD, including 10 years as a classroom teacher. Ekchian had been handpicked by King to fill in during the latter’s sick leave and has been running the district since September; she was officially appointed interim superintendent in January.

Tuesday’s announcement was preceded by a day of public testimony, much of it highly critical of board member Ref Rodriguez over his refusal to recuse himself. Rodriguez, 46, the District 5 member, is facing three felony and 25 misdemeanor counts for allegedly laundering $26,000 in campaign contributions during his 2015 race.

Those charges have cast a long shadow over the search. They were foremost on the minds of the teachers, parents, union officials and at least five former board members, who questioned the legitimacy of Beutner’s selection in often emotional public comments.

“The man you’re about to choose has no history of success anywhere,” said former school board president Jeff Horton. “What that says to all of the educators that you depend on to deliver your product is, ‘We don’t really care whether a person knows about education. We have other criteria — which are connected with our donors and our backers.’”

Teachers-union members were even more blunt in their opposition: “Let’s be very clear and dispel any notion that the school board majority, representing more than $15 million in political donations from the charter lobby, is here in the best interest of our public schools,” charged United Teachers Los Angeles secretary Arlene Inouye. “It’s clear you want a superintendent in place before criminally indicted board member Ref Rodriguez’s trial, where he faces possible jail time.”

Rodriguez, who was elected to the board in 2015, riding a wave of over $2 million in charter school campaign contributions, effectively held the deciding vote on a board in which pro-charter members hold a 4-3 majority. He has resisted calls for his resignation despite a widening series of scandals that include revelations that in 2014, as head of the charter chain Partnerships to Uplift Communities, Rodriguez had authorized and signed $265,000 in checks to a nonprofit under his control. And, last month, Rodriguez was arrested at a Pasadena restaurant on suspicion of public intoxication, without later being cited or charged.

Rodriguez and his troubles had been the center of a series of public demonstrations leading up to Tuesday’s vote, including Friday’s delivery of a petition to district attorney Jackie Lacey by a group called Concerned Parents of District 5, calling for Rodriquez’s  immediate resignation and speedy trial.

“We’re speaking up and letting the school board know that we want him to resign,” Eagle Rock parent Rocio Rivas said of Rodriguez. “He should not be voting on anything, particularly the superintendent.”

In a separate action on Monday, a rally organized in front of LAUSD’s Beaudry Street headquarters by the East Area Progressive Democrats (EAPD) took the school board to task over the selection process and characterized Rodriguez as being emblematic of the board’s lack of accountability for charter schools.

“What’s so troubling is that it’s not at all clear that Beutner could have earned the votes for superintendent absent strong-arming from the very charter school interests that have thought that they purchased the board majority,” said EAPD president Hans Johnson. “Ref Rodriguez is conspicuously a part of the corruption.” (Rodriguez’s office did not respond to a request for comment for this story.)

Beutner will be the sixth superintendent in a decade for LAUSD, a district that has been plagued with unstable leadership and superintendent tenures far below what a 2016 Brookings report found was a mean of roughly four years for the districts it studied.

As the new superintendent, Beutner will need to deal with the district’s overall lackluster academic performance and a long-term budget deficit that comes at a time of declining enrollment, which itself is being aggravated by increasing charter-school competition.

The Hard Work of Diversifying Higher Education in California