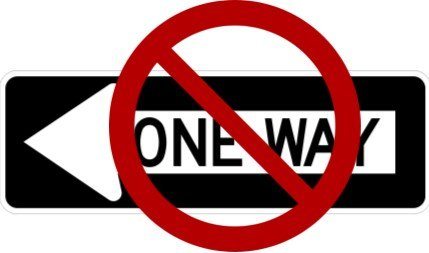 Public-private partnerships (P3s) deserve scrutiny before contracts are signed, and that principle is made clear in a recent four–part series by Len Boselovic of the Pittsburgh-Post Gazette (full disclosure: I was interviewed for and am quoted in the series.)

It is not in dispute that America is in great need of updates to our crumbling infrastructure. In 2013, the American Society of Civil Engineers (ASCE) issued a report card that gave the nation’s infrastructure an embarrassing grade of “D+” based on unmet needs to repair and rebuild roads, bridges, drinking water and wastewater systems, schools, rail and transit systems, and public parks. ASCE also estimates that the US needs to spend $3.6 trillion in the next seven years to recover from decades of neglect and divestment.

Public-private partnerships use private capital from investors to finance public infrastructure projects. Private companies may design, finance, build, maintain, and/or operate an asset in exchange for the right to collect revenue streams associated with the asset or receive other payments from the government. While public financing is well known to be the most inexpensive avenue for infrastructure financing, Boselovic points out that many local and state governments are looking for alternative financing arrangements, such as P3s, when public funding is scarce or politically difficult.

But using P3s – which insert private interests into the development of public infrastructure – has proven to be difficult and even counterproductive when adequate care isn’t taken to protect the public interest and include equity considerations and standards. Governments often fail to fully consider the direct and indirect policy implications of these arrangements, the economic and fiscal impacts of long-term contracts, and fail to seize opportunities to create family-supporting jobs and alleviate poverty.

Boselovic lists many such projects in his lengthy and necessary series. For example, Chicago:

In Chicago, then-Mayor Richard M. Daley plugged a short-term budget gap in 2009 by turning over 36,000 metered parking spaces for 75 years to a private venture organized by Morgan Stanley. With little information and little time to analyze the transaction, Chicago’s city council overwhelmingly embraced the deal and its upfront payment of $1.2 billion.

Escalating meter rates and longer meter enforcement hours are just the start of Chicago’s problems. Six months after Chicago inked the deal, the city’s inspector general conservatively estimated the city received $974 million less from the 75-year lease than it would have received by keeping the meters and operating them under the same terms it gave to the investors.

Moreover, terms of the parking meter lease and the 99-year, $563 million lease of four city parking garages to another Morgan Stanley partnership in 2006 require the city to compensate the private operators for meter revenue lost when Chicago takes actions that crimp revenue. Those actions include closing streets for festivals or parades, creating lanes for buses or bicycles, or allowing someone to build a competing parking garage. So far, the operators have billed the city for $61 million in reimbursement.

There’s a 10-mile toll road in San Diego that came in nearly $200 million over budget, and then went bankrupt due to decreased toll revenue after the recession.

There’s the toll road P3 south of Austin, Texas, right next to a free, public road. The private operator in that project defaulted on about $686 million in bank debt, endangering $430 million in taxpayer-backed loans that funded the project. Last October, Moody’s downgraded the project to junk bond status.

And a toll road in Indiana that shows poorly planned P3 projects can often have a negative domino effect on surrounding infrastructure:

The Indiana Toll Road was turned over to a Spanish-Australian joint venture in 2006 for 75 years in exchange for a $3.8 billion upfront payment to the state. Since then, traffic on the 157-mile road has dropped and toll rates have skyrocketed. Tractor-trailer drivers are heading off to local roads that are not equipped to handle the increased loads. The truckers’ decision to take alternate routes is causing congestion and sparking concerns about safety and maintenance costs.

“You just can’t go around chasing public-private partnerships like they are a cash cow,” Indiana state Rep. Terri Austin told a House Transportation committee this year.

As the Post-Gazette series shows, P3s that don’t include adequate protections can quickly turn into disasters. When governments use a P3 model, the decision-making process and resulting agreement must be carefully and thoughtfully crafted. When a deal is structured as a “win-win-win” proposition, a project can result in a win for the public with rebuilt infrastructure, a win for the economy in the creation of good jobs that lift families out of poverty, and a win for investors who receive an adequate rate of return.

To do so, the public must maintain democratic control of infrastructure as well as the ability to make public policy decisions in the future. Too many P3s include restrictive contract clauses that hinder governing bodies in their policymaking responsibilities. For example, in the Chicago story cited by Boselvic, the city is prevented from constructing new parking lots that might interfere with the contractor’s profit stream.

Similarly, there must be robust and broad participation in decision-making processes to ensure P3 projects are chosen to meet community, employment, and economic needs. Too often, these contracts are developed and signed without the input of the very communities the proposed infrastructure project is designed to serve.

Additionally, P3s must be fully transparent and accountable to public institutions.

Most importantly, the jobs that infrastructure projects create should strengthen the middle class and improve the living standards for those that build, maintain and operate the system. P3 contracts should contain provisions that advance public goals and provide opportunities to lift disadvantaged populations out of poverty with good paying jobs and career-enhancing skills. The Post-Gazette and Boselovic should be lauded for the wealth of information his reporting has contributed to the conversation about P3s. As Boselovic shows, if private financing must be used, governments must in turn be deliberate about protecting taxpayers and growing the middle class.