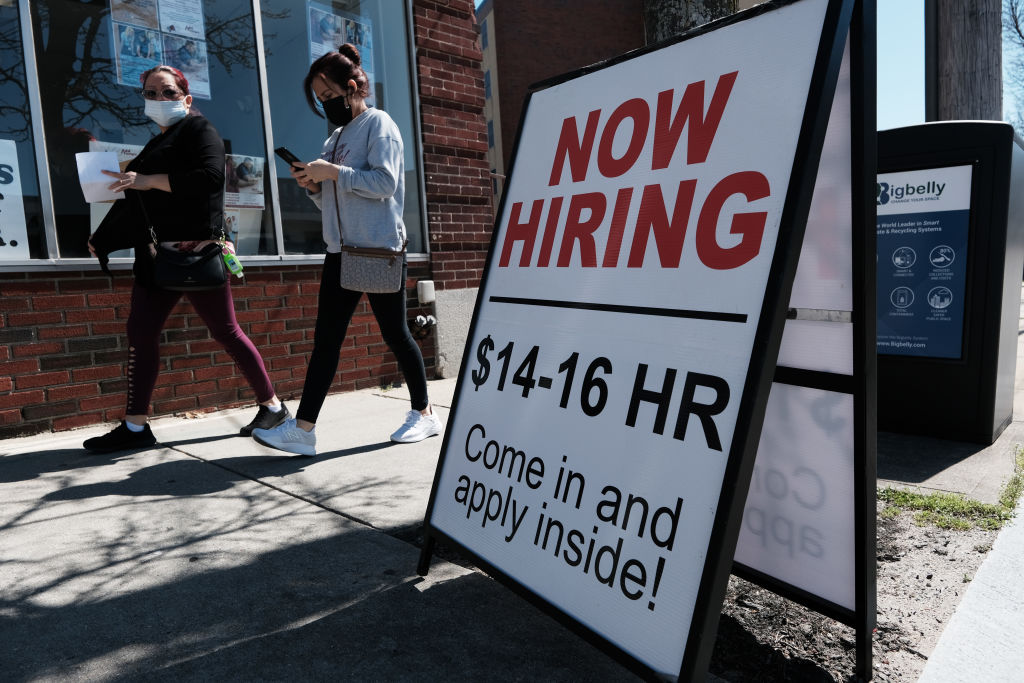 As the Business Roundtable last week marked the two-year anniversary of its much discussed “statement on the purpose of a corporation,” the group of highly influential CEOs from many of America’s largest companies issued a slew of facts and figures. Its aim: to illustrate how its members “have powerfully demonstrated their commitment to work for the benefit of all stakeholders.”

Yet at least one statistic that the Roundtable cited, meant to show that America’s leading companies are investing in their workers by paying them well, was confusing, if not downright misleading.

“On average,” the organization said, “nearly 90% of employees of Business Roundtable companies are paid more than the U.S. median wage.” (The median is the point at which half earn more and half earn less.)

If you were to have inferred from the Roundtable’s claim that the overwhelming majority of the estimated 20 million workers employed at its more than 200 member companies are being compensated quite well, who could blame you? The Roundtable website even featured a big “90%,” highlighted in a separate box along with the words “paid more,” so you didn’t miss the point.

But in an economy where more than 20% of the workforce doesn’t make even $15 an hour, much less $20-plus, what the Roundtable seemed to be suggesting didn’t sit right with me. Certainly, I thought, there is no way that while 50% of U.S. workers make less than $20.17 an hour, only 10% of Roundtable company workers do. The phrase “on average” didn’t help; that just made things fuzzy.

As corporations find themselves under increasing pressure to prove they are serving the communities in which they operate, a bunch of statistics are being thrown about. A lot of them are pretty junky.

After I asked a series of questions to the Roundtable, it acknowledged that the metric was not clear and earlier this week changed the wording on its site to read: “Of the Business Roundtable companies that responded to a survey question, 48% of them said that 90% or more of their employees are paid more than the U.S. median wage.”

The Roundtable deserves credit for listening to my concerns and being responsive.

But its original presentation of the data also adds fuel to those who’ve maintained that the Roundtable’s headline-grabbing endorsement of stakeholder capitalism was, as two Harvard Law School scholars have put it, “mostly for show.”

Even for those less skeptical of the Roundtable’s motives, its handling of the numbers offers a cautionary tale: As corporations find themselves under increasing pressure to prove that they are serving the interests not just of their shareholders but also those of their customers, employees, suppliers and the communities in which they operate, a bunch of statistics are being thrown about. A lot of them are pretty junky.

Initially, in fact, the Roundtable website went so far as to declare flat-out in one spot, “More than 90% of employees of Business Roundtable companies are paid more than the U.S. median wage.” After I inquired, that bit of text was changed from “more than” to “on average.” (The Roundtable says the original wording was an innocent production error.)

But even when it used “on average,” the 90% figure was awfully slippery.

Here’s how the Roundtable told me it was derived: The group surveyed its member companies and asked them to provide the share of U.S. employees, full time and part time, who were paid at least $20.17 an hour last year. It received responses from 126 firms — a mix of businesses, according to the Roundtable, that represented every major sector of the economy and was broadly representative of its membership in terms of size and industry.

It then essentially lined up all the companies from the one with the lowest share to the one with the highest share. The company right in the middle reported that 87% of its employees make more than $20.17 an hour. That was translated into, “On average, nearly 90% of employees of Business Roundtable companies are paid more than the U.S. median wage.”

Even the new and improved 48% of “companies that responded to a survey question” doesn’t shed much light, however.

For one thing, it fails to differentiate between giant service companies that have a huge low paid labor force, such as retailers and fast-food chains, and corporations that are composed largely of well-compensated white-collar employees, which tend to be smaller in size.

Indeed, my strong hunch is that if you were able to accurately assess what the entire employee base among all Roundtable companies is paid, the levels wouldn’t look too much different from America as a whole.

After all, the Roundtable roster includes corporations like Goldman Sachs and Netflix, where the vast bulk of employees are undoubtedly very well compensated, and Bank of America, which should be commended for announcing that it would raise its minimum wage from $20 to $25 an hour by 2025. But it also counts as members companies that each have tens of thousands, if not hundreds of thousands, of hourly workers who make nowhere near $20.17: Walmart, Amazon, Target, Best Buy, Gap, Starbucks, Chipotle, Darden Restaurants, McDonald’s, Home Depot, Lowe’s, Walgreens and Marriott.

The bottom line is that solid company-specific metrics on workers’ wages, as well as other indicators reflecting how employees are treated, remain few and far between.

Historically, big companies like those in the Roundtable paid its workers more than did smaller firms, but researchers have found that this “large-firm wage premium” has steadily declined over the past three decades.

So, what’s the actual number? What portion of all Roundtable employees make at least $20.17 an hour?

The truth is, nobody can say for sure — which is a big part of the problem. Crowdsourced sites such as PayScale and Glassdoor have useful information. And publicly traded U.S. corporations are required to report median annual pay for their global workforce. But the bottom line is that solid company-specific metrics on workers’ wages, as well as other indicators reflecting how employees are treated, remain few and far between.

This is why the Securities and Exchange Commission is considering mandating the disclosure of a robust set of “human capital” measures. And legislation along those same lines, which I’ve helped to develop with California Controller Betty Yee, has been introduced in the state Legislature.

In my push to see the Roundtable do better, I am not a total bystander. At a dinner in New York in October 2018, along with a few others, I urged then-Roundtable Chairman Jamie Dimon, the CEO of JPMorgan Chase, to switch the group’s official position from embracing shareholder primacy to adopting a stakeholder orientation. The Roundtable followed through, and I applauded it for doing so.

Two years later, it is apparent that there is much still to do.

The Roundtable has said it wants to see an increase in the federal minimum wage — but with the caveat that Congress should “take account of regional differences in average wages.” In my view, its stance should be less equivocal in advocating a $15 floor. That amounts to a little more than $30,000 a year for a full-time worker, which is hardly a lot of money no matter where in the country you live.

Meanwhile, despite recent gains, compensation has long been stagnant for the typical worker in the United States, leaving a huge swath of Americans struggling to make ends meet. And polling by JUST Capital makes plain that — despite the Roundtable’s proclamations — the public still perceives that large U.S. companies positively impact their shareholders far more than they do the financial well-being of their workers.

Only real action will remedy that — not some prettied-up numbers.

Rick Wartzman is head of the KH Moon Center for a Functioning Society at the Drucker Institute, a part of Claremont Graduate University. His most recent book is The End of Loyalty: The Rise and Fall of Good Jobs in America.

Related Topics:Business RoundtableFeaturedwages
Up Next