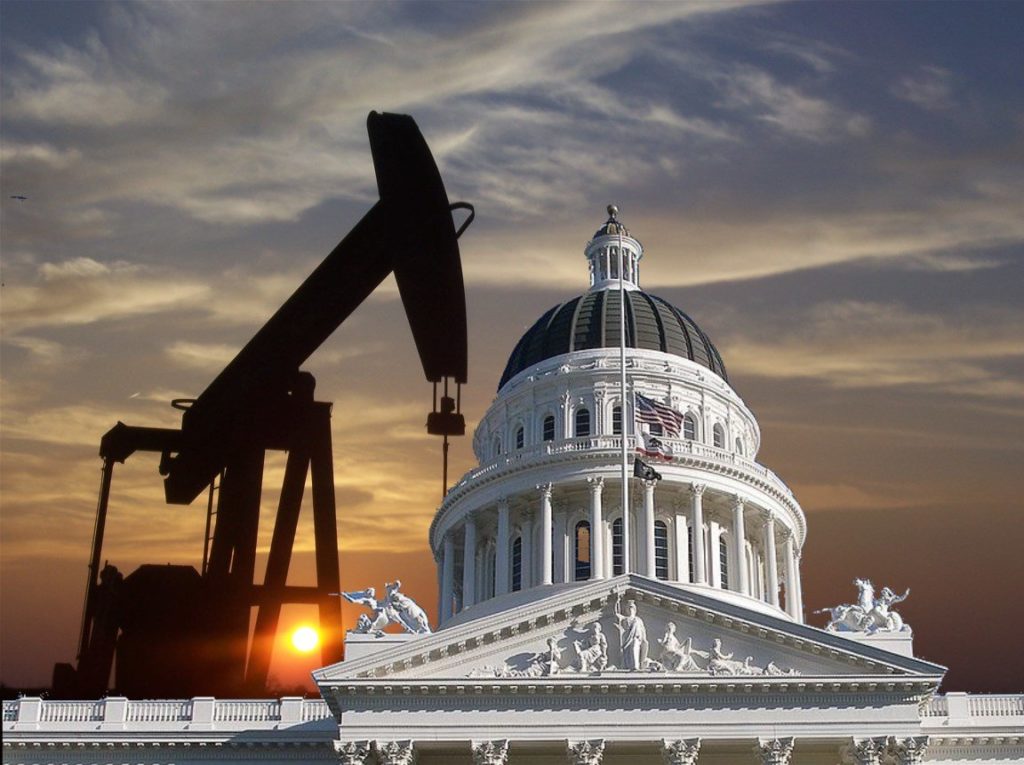 Hopes were high among environmentalists when a bill designed to protect California’s drinking water was introduced in the state Assembly earlier this year. After all, California has passed some of the most far-reaching environmental laws and regulations in the nation, and the state legislature is dominated by the Democratic Party, whose members are generally inclined to vote for tougher environmental standards. Moreover, California is in the midst of a massive drought, which gave the bill more urgency. And besides, clean water isn’t a threatened desert flower or endangered minnow – it’s something everyone depends on for existence.

It never had a chance.

The measure, Assembly Bill 356 (Das Williams, D-Carpinteria), was intended to protect underground sources of drinking water from oil and gas wastewater disposal and enhanced oil recovery treatments, and called for monitoring near certain injection wells. That immediately put it in the crosshairs of the most powerful oil interests in California, including the Western States Petroleum Association (WSPA), the California Independent Petroleum Association and the Independent Oil Producers Agency. The bill was also strongly opposed by the California Chamber of Commerce, which put the bill on its feared “job-killer” list.

“The Division of Oil, Gas and Geothermal Resources,” Williams said in a February statement, “disclosed on February 6, 2015 that 2,500 wells — more than 2,000 of which are active — currently are permitted to inject gas and oil waste or other fluids into protected sources of drinking water, in violation of the Federal Safe Drinking Water Act.” But when it comes to oil, there are times when the overwhelmingly Democratic California Assembly might as well be the Texas House of Representatives. On June 4, AB 356 came up for a floor vote and gained only 28 of the 41 yes votes needed for passage. Fifteen Democrats abstained, while nine Democrats went so far as to vote against the bill.

Enviro: Every time I walk the halls of the Capitol, there are 5-7 oil lobbyists for every one of me.

Neither Andrew Grinberg nor Jena Price, two of the bill’s staunchest supporters, were totally surprised. They told Capital & Main the vote reflected two intertwined trends: the immense lobbying clout of Big Oil and Big Business, and the increasing number and influence of Sacramento Democrats who tend to line up behind those interests, instead of looking out for the common good.

“It’s pretty depressing that most members of the Assembly put the interests of Big Oil ahead of California’s need to protect its groundwater,” said Grinberg, California Oil and Gas Program Manager for the Washington, D.C.-based Clean Water Action, a nationwide advocacy group. “Today’s vote was another indication of just how powerful corporate polluting interests are in Sacramento,” he said June 4.

In an interview, Grinberg said that the Assembly’s defeat on the groundwater monitoring bill reflects “a certain trend towards moderates in the Legislature having a lot of power.”

Many, if not most, of the legislators who voted no have received substantial contributions from Big Oil over the years. Henry Perea, Adam Gray and Jim Frazier, for example, each received campaign contributions in 2014 from Chevron Corp. or the Chevron Policy Government & Policy Affairs Committee, Exxon Mobil Corp., Occidental Oil and Gas Corp., and the California Independent Oil Producers Agency. And Perea was among a group of legislators treated by the WSPA to a $1,439 dinner at Spago in Maui.

On June 4 a total of 15 Democrats also abstained from voting, a move that helped kill AB 356 because 41 yes votes were required for passage – making abstaining a convenient way for Democrats to defeat the bill without officially opposing it. Indeed, Democrats sympathetic to corporate interests don’t always flex their muscle by openly supporting business-friendly bills or voting against bills opposed by corporations, but sometimes by doing nothing.

“Laying off a bill like this is as good as voting no,” noted Clean Water Action’s Grinberg.

Jena Price, legislative affairs manager for the California League of Conservation of Voters, says she pushed hard to convince Assembly members to vote for AB 356, but that the oil and gas lobby was simply too powerful.

”That was a troubling vote for us,” she says. “We knew this was an uphill battle. Every time I walk the halls of the Capitol, there are five to seven oil lobbyists for every one of me. Oil has a heavy hand in the California legislature.”

The industry, not surprisingly, saw AB 356’s defeat as a no-brainer.

“It’s about time some common sense has come in,” said Les Clark, executive vice president of the Independent Oil Producers Agency, in a phone interview from Bakersfield. “Number one, it’s not needed – to say none of that has been done is ridiculous – monitoring wells, [checking] where the water goes. When you produce more rules and more regulations and more taxes and more fees, all of that adds to the lifting cost to bring a barrel of oil out of the ground. It marginalizes profits.”

Records show that the oil industry almost doubled its spending on lobbying in California in 2014, with the WSPA alone spending about $8.9 million. In addition to lobbying money, the WSPA spends thousands on independent expenditures to try to oust lawmakers who don’t vote in accord with the industry’s wishes.

“A lot of people in the [Capitol] building were spreading the message [that] this was a job-killer bill,” Grinberg said, adding that the bill’s opponents were distributing floor alerts with misleading information and trying to create doubt in the minds of legislators in the days leading up to the vote.

In many ways, the defeat of bills like AB 356 is almost inevitable.

When California elected Democratic supermajorities in the state Assembly and Senate in 2012, many expected to see a new era marked by progressive policies on everything from the economy to education to the environment. While some change has come, it’s not been as extensive as many voters perhaps envisioned nearly three years ago.

One big reason for this has been the emergence of a new kind of Democrat who is not a traditional liberal or moderate, but an enabler of big developers, insurance companies, Big Oil and other interests.

This development has had an impact on issues across the board. For instance, last year a bill to raise California’s minimum wage was effectively killed after two Democrats – Luis Alejo of Salinas and Chris Holden of Pasadena – abstained during a key vote in the Assembly’s Labor and Employment Committee. Their abstentions meant that the bill did not get out of committee.

Another indication can be found in Assembly Bill 465, which is currently intended to ensure that no workers are required to sign waivers of their basic legal rights as a condition of employment. The bill, which deals with forced arbitration clauses and is on the Chamber’s job-killer list for 2015, narrowly passed the Assembly in May and is now pending before the state Senate. But the Assembly vote was far from an easy victory, after two Democrats (Merced’s Adam Gray and Jacqui Irwin of Thousand Oaks) voted against it and five other Democrats abstained.

To environmentalists, the failure to pass Das Williams’ groundwater monitoring bill was even more dismaying because the vote came just one day after the California state Senate passed a package of bills to address climate change, a top priority of Governor Jerry Brown’s administration. With the climate change bills likely to be passed, the oil and gas industry focused its energy on defeating AB 356, according to environmentalists. (The bill was granted reconsideration and can be brought up again next year).

“Unfortunately, even in a state like California, what we can see is that Big Oil and Big Industry have a stronghold on our political system,” says Jena Price.

Oil executive Les Clark doesn’t view the Democrats who killed AB 356 as politicians who yielded to industry persuasion, but as people acting from natural instincts. “I think they’ve got their heads screwed on right,” he says.