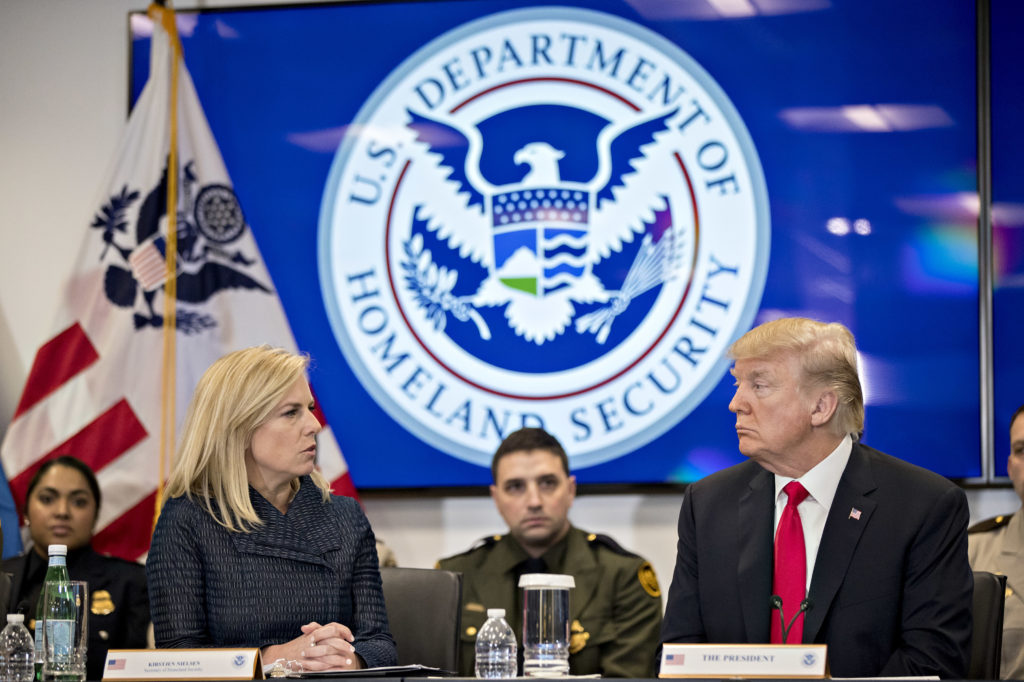 Millions of people could go hungry or forego medical treatment for fear they could jeopardize their chances or those of family members to legalize their status in the U.S.

Immigrants who use Medi-Cal, food stamps, housing assistance or Medicare prescription drug subsidies could be barred from obtaining green cards or visa extensions under a proposed rule the Department of Homeland Security published in the Federal Register October 10. Currently only those who use cash assistance or who require long-term institutional care at government expense are barred on public charge grounds.

Immigrant rights advocates, health care providers and local governments predict devastating results, especially in California and other states with large immigrant populations: Millions of people would go hungry or forego medical treatment for fear they could jeopardize their chances or those of family members to legalize their status in the United States. The newly uninsured would seek care at hospital emergency rooms, likely waiting until their conditions are painful and costly to treat. Surprisingly the Department of Homeland Security echoes these predictions, but still contends the rule change is necessary.

“It’s just unconscionable that a family would have to choose between food, health care or a green card for their children.”

“DHS seeks to better ensure that applicants for admission to the United States…do not depend on public resources to meet their needs, but rather rely on their own capabilities and the resources of their family, sponsor, and private organizations,” the government notes in its proposal. “Self-sufficiency has been a basic principle of United States immigration law since this country’s earliest immigration statutes.”

The California Primary Care Association, the trade group for the state’s community health clinics, predicts that between 20 and 60 percent of non-citizens could disenroll from public programs, including Medi-Cal, delivering a potential body blow to California’s health care safety net. The forecast is based on what happened during a similar scare 22 years ago, when Congress approved welfare and immigration reform laws that, for the first time, specified that those who received federal public benefits could be excluded from the country on public charge grounds. (The wide gap in the percentage forecast reflects varying rates of disenrollment from different programs and different immigration statuses of individuals, legal permanent residents, visa holders and refugees.) The Clinton administration initiatives didn’t define federal public benefits, but later instructed immigration officials to bar only those who used cash welfare benefits or those who required government-paid institutionalization for long-term care.

One policy analyst says the rule change is an “end run around Congress” that would favor immigration of wealthier individuals and those with advanced degrees or job skills.

“It’s just unconscionable that a family would have to choose between food, health care or a green card for their children,” says Louise McCarthy, CEO of the Community Clinic Association of Los Angeles County.

The rule would instruct immigration officers to give positive weight to green card applicants with incomes of more than $62,000 for a family of four.

National Immigration Law Center policy analyst Jackie Vimo says the rule change is an “end run around Congress” that would favor immigration of wealthier individuals and those with advanced degrees or job skills.

Immigration officers would have broad discretion to exclude children, the elderly and non-English speakers in determining who would become a public charge.

“President Trump tried to change our immigration system, which has been a family-based system. This is trying to pass the RAISE Act through the back door,” Vimo said, referring to the 2017 Reforming American Immigration for Strong Employment Act, which would cut legal immigration in half and limit legal immigrants’ abilities to petition for legal status for family members.

The administration’s proposal would exclude those who have received 15 percent or more of the federal poverty level in food stamps or cash assistance, or $1,821 for a single person annually, as well as those who have been on Medicaid or who have received housing assistance for 12 consecutive months in a three-year period from becoming legal permanent residents. It wouldn’t penalize individuals who received benefits before the rule took effect.

Under the rule change, immigration officers would also have broad discretion to exclude children, the elderly and people who don’t speak English in determining the likelihood that an individual would become a public charge.

DHS hasn’t specifically proposed to exclude immigrants whose children are insured under the Children’s Health Insurance Program, which offers low-cost care to children whose parents earn too much to qualify for Medi-Cal, but it has asked for the public to comment on whether it should do so.

DHS estimates that the new public charge rule would cause some 5.5 million people nationwide to either disenroll from Medicaid (as the program is known outside of California) or fail to sign up for fear of immigration consequences. (The DHS estimate is based on a percentage of the foreign-born population who sought to legalize their status between 2012 and 2017.) The government would save some $1.5 billion, but DHS also predicts dire health consequences if its proposal takes effect, writing that it would lead to:

•“Worse health outcomes, including increased prevalence of obesity and malnutrition, especially for pregnant or breastfeeding women, infants, or children, and reduced prescription adherence;

• Increased use of emergency rooms and emergent care as a method of primary health care due to delayed treatment;

• Increased prevalence of communicable diseases, including among members of the U.S. citizen population who are not vaccinated;

• Increases in uncompensated care in which a treatment or service is not paid for by an insurer or patient;

• Increased rates of poverty and housing instability; and

The DHS press office did not respond to an email query or to phone calls asking how it weighed these negative consequences against the potential benefits of the rule change.

The new rule is so stringent that if American citizens were subject to it, one in three would be excluded, Vimo said. It’s also so complicated that among its costs to society, DHS listed an opportunity cost of eight to 10 hours for immigration lawyers representing immigrant clients and others who would seek to understand it.

Thus, it’s likely that few people have read the fine print, either of the final proposal or of two earlier versions that were leaked to the public last spring.

“Do they enroll or play it safe and not get the care they need? If we have less people in Medi-Cal, it could destabilize community clinics,” she said.

But Eisner Health staff report that patients are increasingly fearful of applying for benefits. They say that several women who received Medi-Cal to pay for prenatal care and delivery have recently called insisting on reimbursing the clinic out of pocket for their services. Other patients have refused to sign up for Medi-Cal for their children, who are eligible for the program.

Today, health care providers predict similar outcomes, which they say would reverse some of the progress California has made in tightening its health care safety net. The Affordable Care Act included a major Medi-Cal expansion that added nearly four million people to its rolls and cut the uninsured rate in half, from 17 percent to 8.5 percent between 2013 and 2015. Many previously uninsured Californians who, in the past, had used costly emergency services, were able to access more cost-effective primary and preventive care. Clinics like Eisner expanded and increased their services, but Carmela Castellano Garcia, CEO of the California Primary Care Association, says disenrollment from Medi-Cal could mean some clinics would have to cut back on programs.

The Department of Homeland Security is legally required to consider public comments for 60 days in drafting its final rule, however the FCC ignored that requirement last year in scrapping net neutrality rules — claiming that it only considered comments that introduced new facts or made legal arguments. Meanwhile, the Department of Justice has announced its intention to change the way immigration judges apply the public charge rule, in order to align with the DHS proposal.