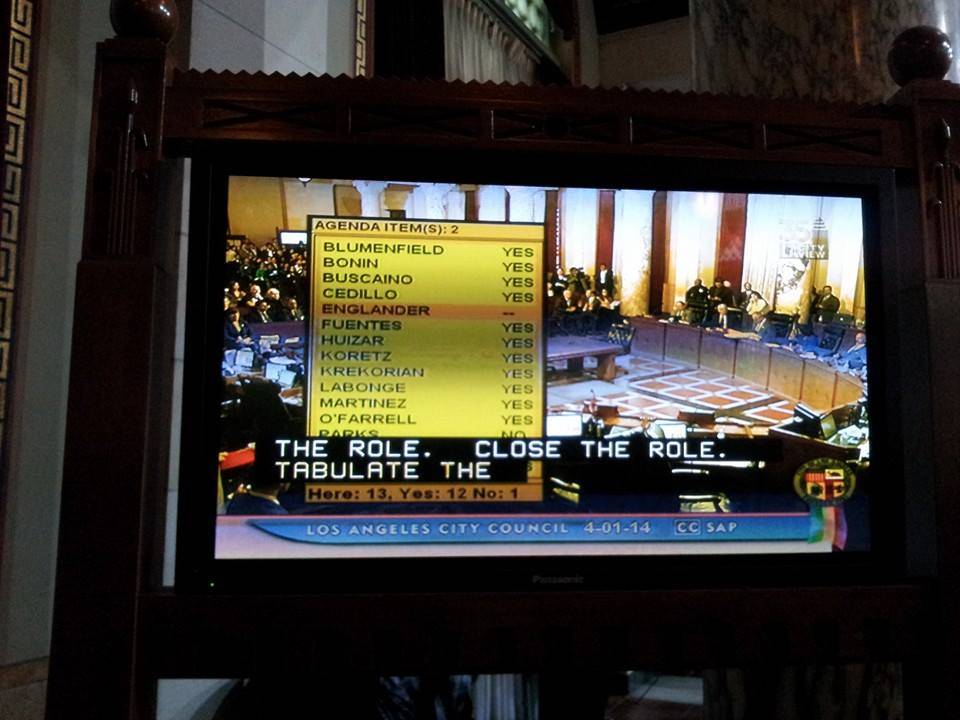 The movement to make Los Angeles the country’s largest city to employ an exclusive franchise system for hauling its commercial and multi-family waste drew tantalizingly close to completion today, as the City Council voted 12-1 to replace the current Byzantine hodgepodge of trash pickup routes servicing businesses and apartment buildings with a completely different model. The historic vote took place this morning, with Councilman Bernard Parks providing the lone dissenting vote. Because the vote was not unanimous, a final vote must take place April 8.

Although the City of L.A.’s Bureau of Sanitation provides hauling service for houses and four-unit apartment complexes, a wild frontier system characterizes the remaining commercial and residential pickups, resulting in fleets of trash trucks, whose owners often pay their workers low wages, crisscrossing the city on uncoordinated schedules. The consequence has been extra wear and tear on roads, and increased air pollution.

The new system will divide the city into 11 pickup zones, with hauling companies compelled to offer competitive bids to win contracts for each of these zones. The exclusive franchise system will aid the city’s goal to drastically reduce the amount of trash dumped into landfills while holding contracted hauling companies to strict environmental standards and requiring them to adhere to tougher worker safety rules. Industry groups had argued that the plan would put hauling companies out of business and drive up consumer rates.

Under the new system, hauling companies that service businesses and apartment building will, for the first time, be required to provide plastic bins for solid, organic and recyclable waste material.

The new system is expected to be implemented in early 2017.

The Cure for Poverty in Two Words