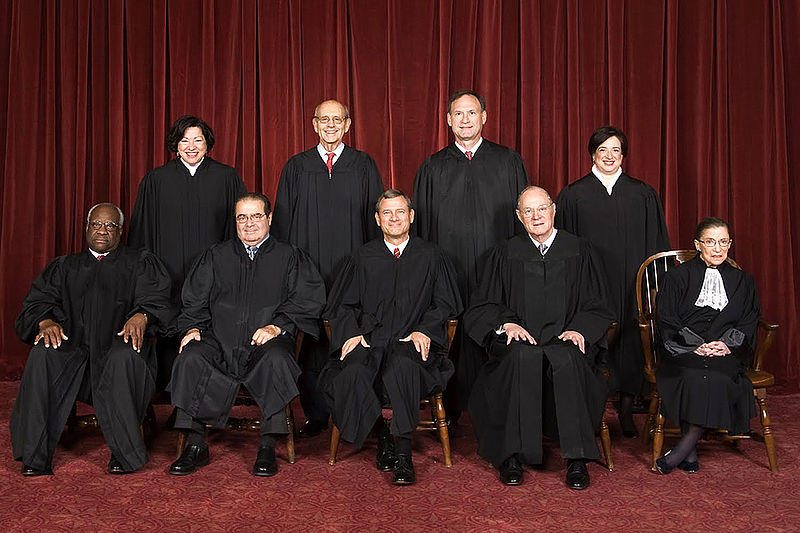 (Editor’s Note: Richard Kirsch’s feature first appeared on the Roosevelt Institute’s Next New Deal blog, as well as on Huffington Post. It is cross-posted here with the author’s permission.)

A huge sigh of relief mixed with curses. That’s my reaction to the Supreme Court’s decision today to block home care workers in Illinois from being required to pay union dues, while continuing to allow public employee unions to collect dues from all the workers they represent. The decision in Harris v. Quinn blocks the right-wing assault against one of the most important pillars of progressive infrastructure, public employee unions, but will add to the challenge of raising wages and benefits in the surging low-wage workforce.

First, some background on the case: As part of the right’s ongoing attack on working people, a right-wing legal group recruited a handful of home care workers in Illinois to challenge the state’s requirement that the workers pay union dues. The workers are employed by individual patients but are funded by Medicaid.

Having unions, in this case SEIU, represent home care workers is part of an admirable strategy to extend collective bargaining to workers who are publicly funded even if they do not work directly for the government. Since federal law does not provide collective bargaining rights to either public employees or domestic home care workers, using state law to organize these workers, who typically receive low pay with no benefits, is vitally important to their own well-being and to building a middle-class-driven economy.

The National Right to Work Foundation’s attorney argued, as Lyle Denniston explains at SCOTUSblog, that “anything a public employee union does is an attempt to shape matters of ‘public concern,’ and it should not be able to compel support — even for part of the monthly dues — from workers who oppose the union’s public policy ambitions.”

If the Court had followed that logic, it would have reversed its own precedent, set in the 1977 Abood v. Detroit Board of Education decision, which held that public employees could be required to pay dues for collective bargaining but not for purely political purposes. Fortunately, the Court didn’t go there today, which means that states and localities, which have the power to regulate public employee unions, will continue to be able to require that all employees who work directly for the government pay dues to the union that represents them. While this should have been a no-brainer given the Court’s precedent, it is a huge relief and enormously important to preserving the ability of public employees to organize together for decent wages and benefits. And it is clear defeat for the right’s campaign to eviscerate one of the most important progressive institutions.

Instead, the Court’s decision today focused on whether home care workers are fully public employees. In a 5-4 ruling written by Justice Samuel Alito, it decided that these workers are only partial-public employees and so cannot be required to pay dues to a union that represents them. The ruling will make it much more difficult to organize the growing number of low-wage workers who care for the elderly and disabled through home care and for young children through child care.

Home care and child care workers get paid very little, have few benefits, and make up a big chunk of the surge in low-wage jobs that defines today’s economy. But it is a huge challenge to organize workers who are directly employed by individuals. The answer has been to take advantage of the fact that the public is paying for a big chunk of their earnings by treating them as public employees, as Illinois Governor Pat Quinn did in the Harris v. Quinn case. The Court’s rejection of this approach creates new roadblocks to home care and child care workers who are attempting to organize unions capable of bargaining for better pay and higher quality jobs.

The solution may to be to have the public take over home care and child care. If public agencies employed these caregivers, financed as they are now by a combination of public funds and sliding-fee payments by the individuals who use their services, these workers would be full-fledged public employees. This strategy will require a major change in the organization of care, but should be tested where there are progressive local and state governments. Its success would be a deliciously ironic turn against the right’s campaign to shrink government, and a big step toward creating a good-jobs economy to power an America that works for all of us.

(Richard Kirsch is a Senior Fellow at the Roosevelt Institute, a Senior Adviser to USAction and the author of Fighting for Our Health.)

After the Harris Ruling: Home-Care Workers Will Continue to Organize