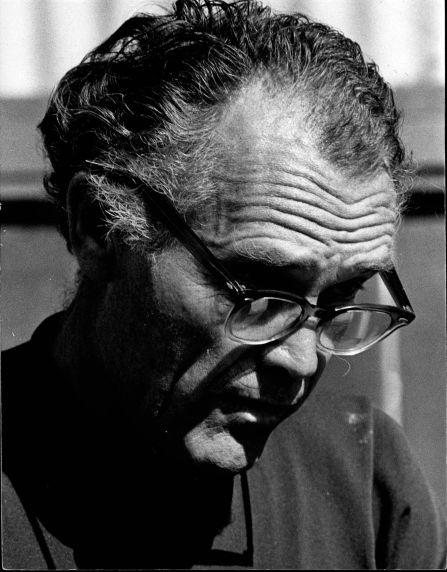 California State Senator (and former United Farm Workers activist) Bill Monning is sponsoring an effort on behalf of a broad coalition of activists and legislators urging Governor Jerry Brown to nominate Fred Ross Sr. for the California Hall of Fame. Ross, who mentored Cesar Chavez, Dolores Huerta, Eliseo Medina and multiple generations of great activists, was arguably the leading community organizer of his time. Although Ross died in 1992, his influence over current Latino voter outreach and labor organizing strategies remains strong. A national campaign began earlier this year to get President Obama to award him the posthumous Presidential Medal of Freedom.

Fred Ross Sr. spent 60 years in California working to bring social and economic justice. But he is not in the state’s Sacramento-based Hall of Fame, an omission that Senator Monning and others now hope Governor Brown will remedy.

On September 6, 2013, Monning, along with Senate leader Darrell Steinberg and many of their Senate colleagues, wrote a letter to Brown urging him to nominate Ross for the Hall of Fame. The letter noted that this action acknowledges not only Ross’ sacrifices and contributions but his living legacy.

On September 23, 2013, the Assembly Committee on Labor and Employment sent Brown a letter noting that Ross’ contributions are “largely unknown to the millions of Californians affected by his nearly 60 years of service fighting for their rights. By inducting Fred Ross Sr. into the California Hall of Fame, you will finally give our citizens a chance to recognize the important living legacy he left behind.”

The drive to honor Ross should find a receptive audience. Earlier this year, Governor Brown sent a letter to President Obama urging him to consider Ross for the Medal of Freedom. Brown wrote,

“I first met Fred in 1972, when I was California Secretary of State. At the time, the national farm bureau was running a dirty campaign to pass a ballot initiative that would have strangled the nascent farmworkers’ movement. We worked together to defeat the measure and I got to see Fred’s work up close. I can attest to both his amazing talent for training organizers and his deep commitment to justice and equality.”

Many can attest to Fred Ross Sr.’s “amazing talent.” He is a perfect candidate for the California Hall of Fame.

Readers should send letters of support for Fred Ross Sr. to:

Report: Fast-Food Workers Have One Foot in Poverty