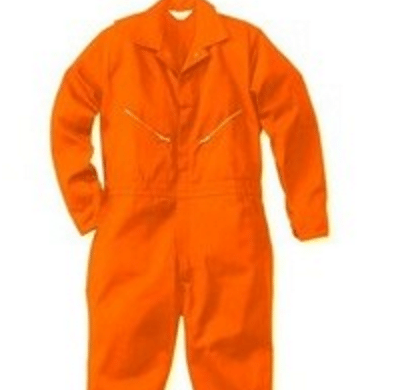 Private prison companies are extremely secretive, but in the last few weeks we’ve gotten two powerful glimpses of how these companies harm prisoners and the people that work for them.

Piper Kerman, the former prisoner whose experience the show is based on, wrote, “This is true to reality—to maximize profit for their investors and reduce operational costs, private prisons often cut corners on staffing and other essentials of safety.”

In an investigative series released last week by Mother Jones, journalist Shane Bauer tells the story of working four months as a correctional officer for Corrections Corporation of America (CCA). He experiences firsthand the extreme conditions of prison work and the extra pressures that come with being employed by the country’s largest private prison company.

Bauer’s paid $9 an hour and encouraged to handle violent prisoners by being violent himself: “I felt in danger a lot of the time, so I was constantly trying to figure out how to manage prisoners.”

These glimpses highlight the fact that companies like CCA and GEO Group often put returns for shareholders above the safety of prisoners and workers—but they also point to something else.

In a new research brief, we at In the Public Interest show how the increased violence in private prisons increases recidivism, or the likelihood that prisoners will return to jail or prison. America’s high rates of incarceration and recidivism have become heavy burdens for communities, the economy and taxpayers. How Private Prison Companies Increase Recidivism details how private prison companies, in their pursuit of profit, add to that burden by increasing recidivism.

Not only do private prison companies profit off of more incarceration, they exacerbate the many issues our broken criminal justice system already faces. Rather than giving away hundreds of millions of tax dollars in profits each year to the private prison industry, we should invest that money in helping prisoners live healthy, productive lives once they’re released.

As Piper writes, “As long as there are private businesses financially benefiting from mass incarceration, the roadblocks to critically needed criminal justice reform are formidable.”

Uncovered California: Why Millions Have Fallen Into Health Care Gaps