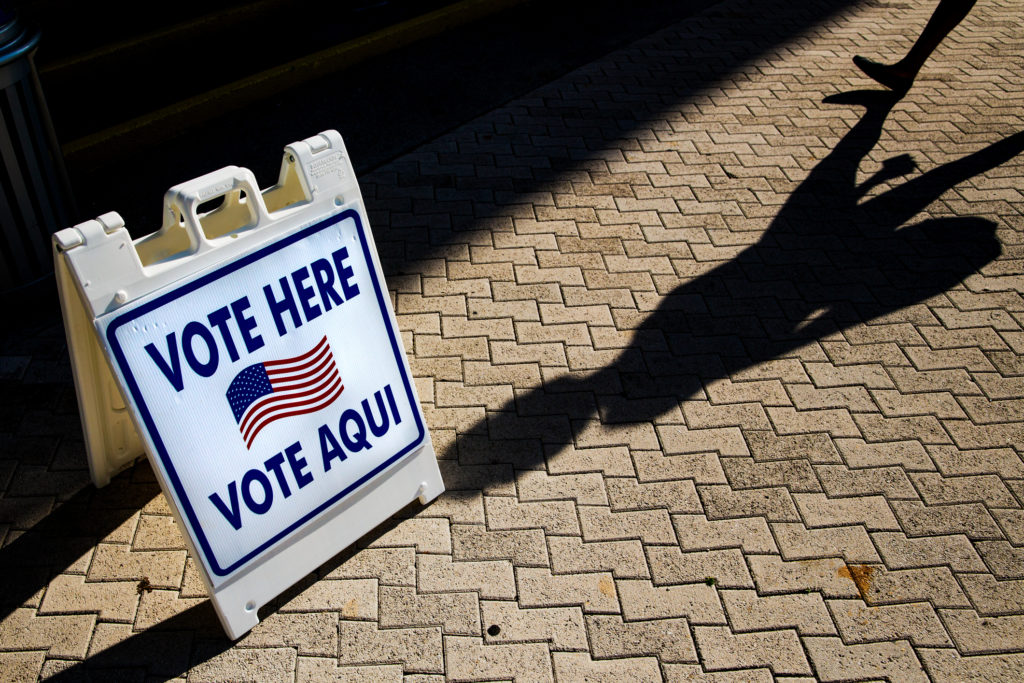 Many ex-felons are now able to vote again, thanks to a 2018 amendment to the state constitution.

Tonia Martinez doesn’t remember the last time she voted – she guesses it was about two decades ago. The Florida native’s first brush with the prison system was in 1992 but she said her real struggle started in 2010 when she was convicted of a felony and sentenced to 19 months in a Broward county facility.

This story first appeared in The Guardian and is co-published
here as part of the United States of Inequality series.

When she was released she did everything she was supposed to do: she paid her court fees and got a job at an iHop closer to her hometown in Palmetto, Florida. Getting her voting rights back was hard. Returning citizens, as people in her situation are known, had to fill out paperwork and be individually granted clemency from the governor.

Martinez, who is now 51, spent months trying to get her voting rights back.

“This is something my ancestors fought for,” she said. But every time she sent in a form, or wrote an email, she was told there was another step or another problem.

“I read somewhere about even if you’ve did your time, paid your fines, and you want to become an active part of the community, the chances of the governor granting you clemency was little to none,” she said. “That’s when I gave up.”

That changed at the end of 2018, when Florida passed a constitutional amendment granting people with prior felony convictions the right to vote after they complete their sentence, including parole and probation. Amendment 4, as it often called, gives an estimated 1.4 million people the right to vote.

This Tuesday, as millions of Floridians head to the polls for the presidential primary, the impact of Amendment 4 will be visible for the first time on such a scale. In a state where elections are often won by razor-thin margins, that could mean changing the political makeup of Florida, as well as offering another pathway for people leaving the prison system to reentering their community.

“I expect there to be an increase in the 2020 primary turnout,” said US representative Darren Soto, who represents a swath of central Florida that includes Orlando. “The returning citizens should be voting in high numbers.”

But there are still barriers for people with prior felony convictions. For one, the Republican legislature’s attempts to place restrictions on the law – such as requiring former felons to pay off all court fines and fees associated with their sentence – have created confusion.

“We’ll never know the size of that group that was made eligible but was deterred,” said Marc Mauer, executive director of The Sentencing Project, a criminal justice advocacy group in Washington DC.

The confusion impacts election officials too. Earlier this year the Guardian reported that Florida’s supervisors of elections were still unclear as to which crimes were exempt from the law. States with similar laws often decide that some crimes – such as murder or rape – mean losing voting rights permanently.

Some returning citizens are also grappling with the registration process, which can prove confusing for any Florida residents who change address or party affiliation.

Tracey Washington was an avid voter until 2017, when she was convicted of a fraud-related felony at her workplace in Manatee county and sentenced to six months in prison. She said it was a particularly difficult time – her father was incarcerated when she was young, and she had experienced the trauma it caused her family growing up.

“That six months was very – I don’t know what word to use for it – it was an experience,” she said. “I was away from my kids, from my grandchildren. It just really drained me mentally.”

When Washington was released earlier this year, she was embarrassed but relieved and immediately started rebuilding her life. She paid her court fees of $646 and started working part time at a dry cleaners. She lives with her extended family, is saving money to rent her own apartment again, and started a nonprofit for children with incarcerated parents.

She has also tried to register to vote, but Washington hasn’t received her voter registration card yet, or any confirmation. Since she doesn’t seen any barriers after Amendment 4 that would stop her, she plans to go to the polling center at her Supervisor of Elections office in Manatee County to cast her ballot. And she’s hoping things go smoothly

Mauer said it’s difficult to tell how many people like Washington and Martinez, who are eligible to vote, will actually be able to vote in this election. He said while Amendment 4 has garnered lots of attention, the turnout may not immediately reflect the change. “Even at best, it’s going to be a small fraction of the more than 1 million who potentially could be eligible,” he said.

But for Martinez, her new right to vote is now something she is protecting. She carefully chose her Democratic party affiliation by weighing the issues and political platforms, and watching the news at home. And she’s going to the polling station on Tuesday to vote for who she thinks will make the country a more human place to live.

“For me it’s about the treatment of people – millions of people,” she said.