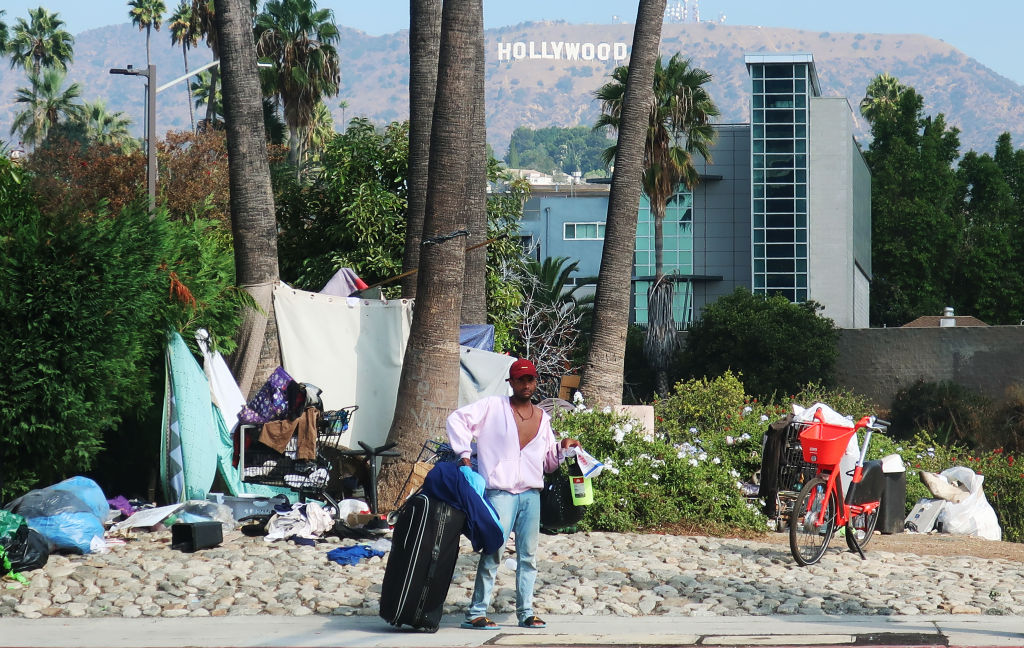 Housing and homeless advocates are cautiously optimistic about a recent meeting between Los Angeles Mayor Eric Garcetti and Housing and Urban Development Secretary Ben Carson, believing that federal action — if it materializes — could help, and hoping it doesn’t come with onerous strings. Garcetti met with Carson in Washington, D.C., late last month with the intention, according to the Mayor’s office, of bringing “new resources to Los Angeles to house more of our homeless neighbors through the use of federal lands, new funds, and the wraparound support services they need to permanently come off the streets.” Garcetti did not specify how much money, what kinds of services and where the federal lands might be, nor what conditions, if any, HUD might demand. The Mayor’s office did not answer queries about the meetings with Carson and other officials.

Carson’s invitation letter, however, indicated that the federal government might make stipulations, including empowering and utilizing local law enforcement and reducing housing regulations to expedite affordable housing construction. In a Fox News interview, Carson also mentioned the need to support law enforcement in protecting communities from “people on the street who are not orderly individuals.” It’s words like those that cause some homeless advocates to worry that the feds will take both a carrot and a stick approach to the city’s homelessness.

For Tommy Newman, senior director of impact initiatives at United Way L.A., policing homelessness, if that’s what HUD will ultimately demand, would run contrary to the “housing first” model — which prioritizes permanent housing with support services over temporary shelter — that Newman and other advocates support.

“If [the feds] want to invest in short term housing, we won’t say no to the money, because we do need that,” explains Newman. “But law enforcement-based solutions don’t work. It’s not the cop’s job to be case managers to bring people inside. Compulsion to come inside doesn’t work.”

Newman says the federal government should play a critical role in addressing homelessness. “There is evidence that when the federal government steps up it can end homeless,” he says. One example of how federal help can succeed came when the Obama administration addressed veteran homelessness. In 2016, the White House announced that the number of veterans experiencing homelessness in the U.S. was cut by nearly half since the 2010 launch of a strategic plan called Opening Doors.

“Back in the Obama administration it was normal to have a D.C. partnership,” Newman said. “With Trump that collaboration ended.”

The Carson-Garcetti meeting does portend a more cooperative tone from the Trump Administration — at least from HUD. Last year the president denounced Los Angeles and San Francisco for their sidewalk encampments, and vowed to take unspecified action without consulting the cities.

A 2019 survey showed a 12 percent rise in homelessness in Los Angeles, with nearly 59,000 people living in street encampments, vehicles and shelters, even as taxpayer money was flowing in to address the situation. Despite pledges by Governor Newsom to address the crisis, efforts in the state legislature have come to an impasse. Last year, nearly every bill addressing housing affordability, save one bill capping rents statewide, died in the California Legislature, and a revised version of SB-50, which would increase construction near California’s transportation hubs, died earlier this month.

In Los Angeles, the money earmarked for building structures for low income and homeless Angelinos has been slow to show results. Last month, three years after the passage of measure HHH, a $1.2 billion bond designed to leverage financing to more than triple L.A.’s annual production of supportive housing, Mayor Garcetti touted the first HHH-financed housing development to be completed, a 62-unit project. One problem: it opened a year behind schedule.

The opening followed a scathing critique of Prop HHH, released by the L.A. city controller, which detailed permitting delays and cost increases. The time required to complete construction, anywhere from three to six years, the audit noted, “does not meet the level of urgency needed to match the magnitude of our homelessness crisis.” Moreover, the audit said, the soaring cost of construction labor and bureaucratic red tape has made the median cost of one unit $531,373. The controller also cited “unusually high” development fees, consultant fees, and financing.

It’s inefficiencies like the ones described in the controller’s report that confirm the view of Reverend Andy Bales, of the Union Rescue Mission in Los Angeles, that the city and county are mismanaging the homeless response.

“There are very dogmatic people who believe the only way to solve this homeless situation is to build a $600,000 unit with a granite countertop and they don’t mind leaving thousands of people on the streets until they can be built,” Bales said. “And they think any of that money going to emergency bridge housing is wasted and all the money should go to their idea of what should be done.”

Bales, who doesn’t discount the need for more permanent housing, said the emphasis should be on creating emergency construction, which can be done quickly and cheaply, like commercially manufactured structures by Sprung.

“We have one [Sprung structure] in the back parking lot helping 120 ladies that slept in our chapel,” Bales said.

The city of L.A. has put up several Sprung structures and has plans for dozens more. But the need is great, and the city is coming up against an immovable reality: the lack of land for any type of new structure. Bales said that’s where the federal government could and should step in, not only with money but, he hopes, by freeing up federally owned property.

Despite Trump’s taunts to California officials, criticizing homelessness as “disgusting” and a “disgrace to our country,” Bales, who has met with HUD officials including Carson, said, “Everyone who came from D.C. to speak was respectful and helpful, and never mentioned law enforcement and locking people up.”

He says he prays that Garcetti and Carson will develop “a FEMA like response [to homelessness], and not cater to a dogmatic idea that leaves thousands on the street for the promise of imaginary housing.”