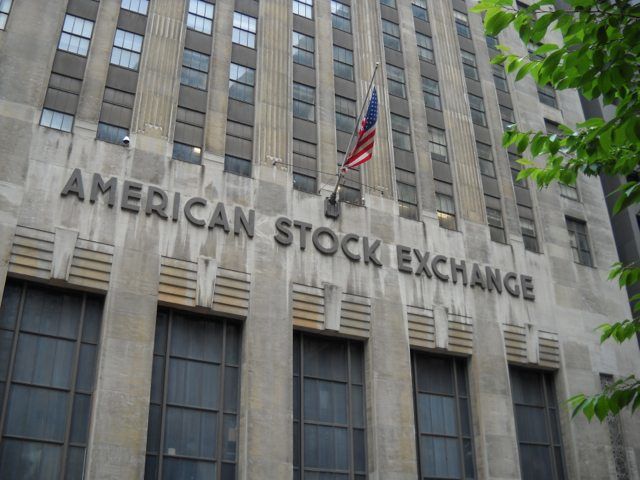 There is little disagreement that consumer spending is a critical driver of American economic growth. The recession that began in 2007, while precipitated by the meltdown in the financial sector, is at root a crisis of aggregate demand. The halting recovery has been punctuated by disappointing monthly job reports and—just as important—by gloomy predictions from the Conference Board’s monthly survey of consumer confidence. Even business surveys admit (here and here) that anemic consumer demand (not “job-killing regulations”) is holding back new job creation and economic recovery.

Yet, despite worries about sagging consumer confidence and shrinking paychecks, business leaders seem unconcerned about the declining standard of living of middle-class America, or about the growing number of American families slipping into poverty. Over the last generation, wages for middle-class workers haven’t budged, while compensation for corporate executives and owners is reaching stratospheric levels. Middle-class Americans are having a harder and harder time making ends meet. Most have little savings to take them through a bad patch. They are saddled with skyrocketing health care and education costs. They are underwater on their mortgages. Indeed, borrowing (on credit cards beginning in the 1980s, on home equity in more recent years) is often the last-best option to cling to a higher standard of living. Worse yet, most jobs created today don’t bring workers into the middle class. Nearly three-quarters of the jobs added during the recovery are in lower-wage occupations, like cashiers, stocking clerks, or food preparation workers.

Higher wages mean more consumer spending and more growth, but corporate America is focused, with increasing intensity, on driving wages further down. Important wage-stabilizing policies—minimum-wage laws and collective bargaining, among others—are under assault. Republican governors have declared war on unionized teachers, firefighters, and police officers—all solidly middle-class jobs. And they are looking to extend the reach of so-called “right-to-work” laws that strip private-sector workers of the ability to bargain for decent wages and benefits. Hostility to unions has become so intense that a simple proposal for workplaces to post information about the right to collectively bargain under federal law (as they already must do for minimum-wage, OSHA, and other worker protections) unleashed a torrential assault by the Chamber of Commerce.

It wasn’t always this way.

To be sure, business lobbies throughout the 20th Century fought minimum-wage laws and unions. But this opposition was tempered by business voices that articulated the importance of American purchasing power through higher wages and the stabilizing force of union collective bargaining. As early as 1914, Henry Ford famously raised his workers’ wages so that they could purchase his cars. How, Ford wondered, could we make “20,000 men prosperous and contented rather than following the plan of making a few slave-drivers in our establishment multi-millionaires?”

Ford’s experiment was short-lived but instructive. In the decade after the First World War, as in our own time, productivity steadily outpaced wages, slowly eroding (as the Brookings Institution titled its 1934 study) America’s Capacity to Consume. “The chief point is this,” the economist Irving Fischer wrote in 1933: “the total value of products is greater; the total national wage bill is smaller. Then how can the wage- and salary-earners of the country buy back what they produce? They cannot.”

This dilemma was acutely appreciated by many business interests, especially the nation’s retailers who needed customers with enough income to purchase their goods. Boston-based retailer Edward Filene argued tirelessly for policies that would not only sustain a floor under wages but give workers the bargaining clout to bid them up. “We cannot operate this American machine,” reasoned Filene during the debate over the National Labor Relations Act in 1935, “…unless the masses can buy on a scale which was never before heard of.” And this was clearly not possible, in his view, unless “wages are removed from competition and organized business and organized labor cooperate on seeing how high those wages can be made.”

Indeed, during the debate over the Fair Labor Standards Act of 1938, which set minimum-wage standards and overtime protections, businesses lined up on both sides. The National Association of Manufacturers (NAM) and other business organizations claimed that the legislation represented “a step in the direction of communism, bolshevism, fascism, and Nazism.” But a number of industries testified in favor of the legislation. For example:

The second problem identified by many employers in the 1930s, and one which fed the downward spiral of wages, was cutthroat competition—often fought over wages. The problem was not that labor standards were too high, but that they were too low on the competitive margins—in small firms, in sweatshops, and in the low-wage South. Business leaders, including executives at General Electric and General Motors, were at the forefront of efforts to use federal power to force higher labor standards on the nation’s marginal competitors and low-wage states. “In the judgment of this committee,” as a working group in the Chamber of Commerce concluded in 1933, “payment of excessively low wages by a minority of an industry constitute acts of unfair competition with competitors, which should be prevented through the exercise of governmental authority.”

This was the problem tackled by the National Recovery Act, passed in 1933. Its “codes of fair competition,” as Secretary of Labor Frances Perkins wrote in the Chamber’s monthly magazine Nation’s Business, “would protect the reputable businessman against sweatshops and other forms of vicious competition which force down prices and wage scales.” Edward Filene echoed this view, arguing that even those employers who “had come to see the economic necessity for high wages” might not pay them “for fear of losing a trick to some competitor.”

The NRA, of course, accomplished little during its unhappy tenure, and was struck down by the Supreme Court in 1935 (in the Court’s last assertion of a limiting commerce clause, at least until this year’s ruling on the Affordable Care Act). But the business response was telling: some resented the heavy hand of government but others argued that the hand wasn’t heavy enough. “A majority of industrial employers have faith in the validity of establishing maximum hours and minimum wages,” as one manufacturer noted during the NRA’s demise, “and have experienced some of the very practical benefits of stabilized costs.”

Where Have You Gone, Edward Filene?

Why doesn’t anyone in corporate America talk like this anymore? Why has business opinion and strategy, instead, coalesced around an unrelenting assault on the standard of living of American families?

First, conditions changed. The logic of high wages, sustained and regulated by collective bargaining, was stronger in a closed economy in which the marginal competition came from Mississippi. It became a harder sell when the low-wage competition came from Malaysia. As markets—along with jobs—are increasingly off-shored, corporate interests are no longer tightly aligned with those of American consumers. In a global market, of course, Henry Ford’s dilemma (how will my workers buy my cars?) loses its urgency—because the workers, or the consumers, or both are no longer presumptively American.

Second, the grand bargain represented by the New Deal fell apart. As long as labor was gaining in strength, even some anti-union stalwarts could be convinced that union contracts would take wages out of competition. As late as 1967, business leaders saw that unions added strength and stability to the U.S. economy. William May, CEO of the American Can Company, said, “Despite occasional breakdowns, the collective bargaining progress has been an important stabilizing influence in our industrial system, and we take this opportunity to reaffirm the need to preserve rather than destroy it.”

But, as labor’s share of the private workforce collapsed—from near 40 percent in the 1950s, to half that by the end of the 1970s, to less than 7 percent today—so too did the notion that bidding up wages made as much sense as bidding them down. And, of course, conservative strategists convinced the business elite of the additional political benefits of union busting. Smaller and impoverished unions would translate into less money and fewer troops for Democratic candidates for office.

Finally, in service of all of this, corporate America developed a more coherent—and more resolutely “low road”—ideological consensus. Beginning in the 1970s (as captured by the infamous Powell memorandum to the Chamber of Commerce), business leaders, believing that capitalism was on the ropes, began a decades-long organizing and political mobilization program. Faced with the steady erosion of U.S. international dominance, the push by the civil rights and feminist movements to generalize the gains made by white male workers, and the threat posed by the environmental and consumer movements, business leaders pushed back. The postwar compact over collective bargaining and labor standards was suddenly recast as a dangerous assault on American values. The pockets of business opinion that had helped build and sustain that compact, in turn, disappeared.

For most of the last century, many large industry-leading firms worried about purchasing power and low-wage competitors. Today, business lobbies make no bones about protecting the bottom feeders. In the Chamber of Commerce’s notorious 2011 Report, The Impact of State Employment Policies on Job Growth, the exemplars of state policy are not (as they might have been in 1940) Massachusetts or New York or Wisconsin; they are Mississippi, North Dakota, and Tennessee.

The recession and slow recovery have hardened these views, but there are some hopeful cracks emerging in the “low road” consensus. As organizations such as the Chamber and the National Federation of Independent Business (NFIB) have become more partisan and strident in their attack on labor standards, new organizations—including the Main Street Alliance, Business for Shared Prosperity, and the Small Business Majority—are speaking out for a renewed social contract that recognizes the importance of wages to purchasing power.

This year over 1,000 businesses are supporting a federal minimum-wage increase as well as proposed increases in New York, Maryland, Illinois, and the city of Long Beach, California. For example:

For the moment, these are courageous dissents from powerful business voices—the Chamber, the NFIB, the American Legislative Exchange Council—that promote the low road at every turn. And the dissenters are right—for the same reason that Edward Filene and his colleagues were right in the 1930s. The inescapable conclusion then was pretty simple: “Rockefeller, Ford, and Schwab and their brother multimillionaires cannot eat 20 beefsteaks a day, or ride in fifty Packards, or inhabit seventy villas each.” The solution, as Irving Fischer put it in 1933, still seems just as relevant today: “the people who wanted to consume all did not have the means, and the people who had the means could not consume all. Hence our reduced domestic purchasing power.” The only question today is whether American business cares.

Donald Cohen is the director of the Cry Wolf Project, a nonprofit research network that identifies and exposes misleading rhetoric about the economy, regulation and government. Colin Gordon is a professor of history at the University of Iowa. Their article first appeared in Dissent and is reposted here with permission.