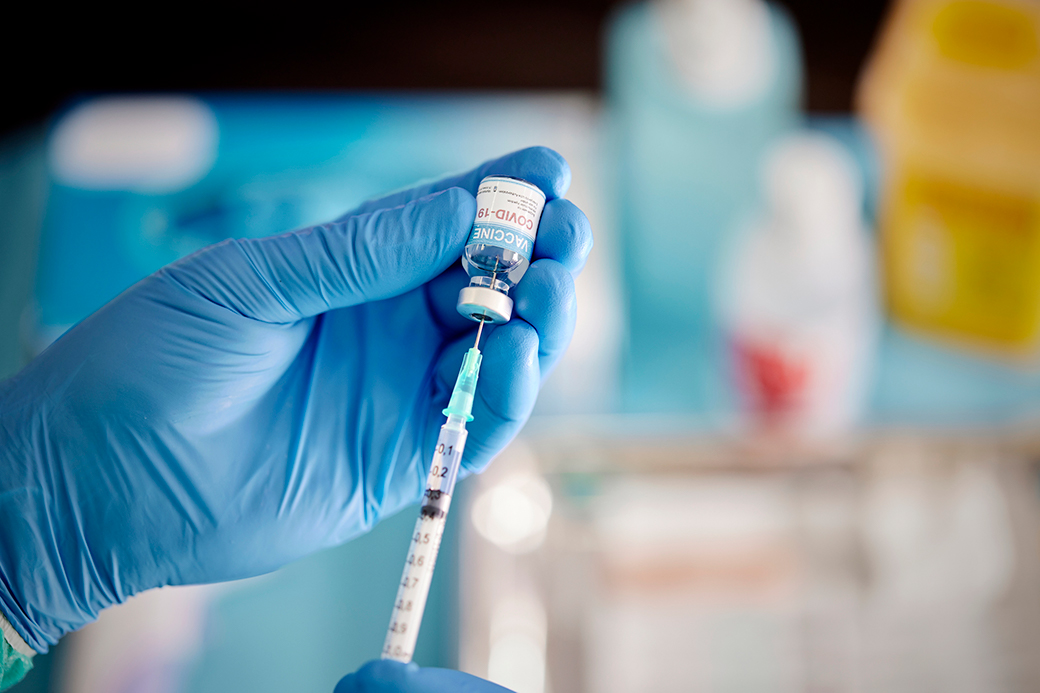 The next time someone tries to tell you that implementing restrictive COVID-19 policies affecting the public is nearly impossible, point them to San Francisco. Or New York City. Or the State of California. Or even Pasadena, a comparatively sedate and removed community that barely cracks the top 10 cities in Los Angeles County based upon population.

It was Pasadena, after all, that last week became the first city in L.A. County to announce it will require municipal employees to be inoculated when the vaccines — which currently have emergency use authorization from the U.S. Food and Drug Administration — receive full approval. It was an unambiguous decision: To continue working for the city, you will have to be vaccinated.

“When a police officer arrives at your home, a firefighter arrives at your home because you need our assistance, you don’t get to choose if we send the vaccinated ones or the nonvaccinated ones,” Pasadena City Manager Steve Mermell said recently. “The public has to come into contact with city employees. We want the city employees to be healthy — we want the public not to get ill.”

That’s a remarkably straightforward declaration at a time when the national conversation around COVID vaccines has become dangerously politicized and vaccination rates are stagnating. But Pasadena is not alone in taking action.

On Monday, California Gov. Gavin Newsom announced that state employees, along with public and private health care workers, must either provide proof of vaccination or be tested regularly. “As the state’s largest employer, we’re leading by example,” Newsom tweeted. “We encourage local governments and other businesses to follow suit.”

A few didn’t need the nudge, but local leadership from cities like Pasadena and San Francisco remain the exception, not the rule. So what will it take to prompt action from Los Angeles County, which accounts for a quarter of the state’s population? And will that action begin with workers on the public payroll?

L.A. County employs about 100,000 people, and the city of Los Angeles another 50,000. County health officials are keenly aware of the spread of the virus; they reported 2,089 new COVID cases on July 25 alone, marking the fifth straight day with at least 2,000 new cases after going months without recording consecutive days of even 1,000. Barbara Ferrer, the county’s director of public health, noted the uptick in cases — the rise between July 3 and July 16 was 135% — and added that evidence clearly shows vaccines “are safe, and they save lives.”

But neither Ferrer nor the L.A. County supervisors have made a move to enact a vaccine requirement among county workers, although Supervisor Janice Hahn has voiced support for such a mandate. They have the full authority to do so — and a rising human toll that suggests they should.

On Monday night, L.A. City Councilmember Mark Ridley-Thomas said he would introduce a motion directing staff to develop a proposal requiring all city employees to be vaccinated.

While roughly 5.2 million county residents are fully inoculated, another 4 million remain unvaccinated, including 2.7 million eligible adults. (A vaccine is not yet available for 1.3 million children under age 12.) Moreover, L.A. County accounts for 40% of California’s COVID-related deaths despite making up only 25% of its population, a particularly cruel disparity that hints at the pandemic’s long reach into the area’s communities of color and lower income neighborhoods.

The health care system often leaves such groups behind, and they’ve suffered disproportionate physical and economic pain from the pandemic. Outreach to such groups has also been uneven, and excluded the kinds of organizations — local clinics, unions and advocacy groups — that are most familiar with the neighborhoods and that could help effect change in vaccine literacy and the administration of doses themselves. It’s a critical miss for a county whose belated responses to these issues have exacerbated related problems.

Newsom’s announcement may pave the way for L.A. County to require its workers, many of whom interact with the public on a regular basis, to be fully vaccinated — but cities and counties have never needed the state’s authority to act. The county’s Department of Public Health can set its own health priorities, as it did just a few weeks ago by reinstating masking requirements in many indoor settings. And Monday night, Los Angeles City Councilmember Mark Ridley-Thomas said he would introduce a motion directing staff to draw up a proposal requiring all city employees to be fully vaccinated.

“Plain and simple — vaccinations are the only way out of this pandemic,” Ridley-Thomas said in a statement distributed by his staff.

By Tuesday afternoon, L.A. Mayor Eric Garcetti and City Council President Nury Martinez had made a move, announcing that city employees will be required to show proof of vaccine or undergo weekly testing showing them as negative. The two described the new requirements as the forerunner to a vaccine mandate.

San Francisco didn’t wait for Newsom. The city announced in June that it would require its 35,000 or so employees to receive their shots within 10 weeks of the FDA’s full approval of one of the vaccines. (The Pfizer, Moderna and Johnson & Johnson vaccines are currently administered under the agency’s emergency use authorization, and full approval for Pfizer and Moderna is expected within a few months.)

“We believe this step is a simple one to take,” said Carol Isen, the city’s director of human resources. “It’s safe, it’s very effective, and it’s going to guarantee the safety of all.”

San Francisco has a collective vaccination rate that other cities might aspire to; in early June, Mayor London Breed said 80% of residents over age 12 had received at least one dose (the city and county now put that figure at 84%), and 70% were fully vaccinated. But the rise of the highly transmissible Delta variant, which now accounts for four of every five new cases in California, was a significant consideration for city officials to implement a vaccination requirement for city employees.

The pandemic has forced health officials into one of two modes: action or reaction. As L.A. County’s repeated public missteps have shown, the reactive course can produce fatal results on a large scale.

New York City Mayor Bill DeBlasio, meanwhile, announced Monday that all municipal workers must be vaccinated by the time schools reopen in mid-September, or they’ll face weekly testing. DeBlasio had made a similar declaration for public health workers last week, but he expanded the order to include teachers, police officers and anyone else on the city’s payroll. In all, that’s about 340,000 people.

DeBlasio’s willingness to include an option for weekly testing of those who refuse the vaccine is a telling compromise. (Newsom’s California order is similar.) According to the New York Times, it helped DeBlasio win over the United Federation of Teachers’ approval of the measure.

But public health is the first consideration, and with nearly 2 million adults in New York City still unvaccinated and Delta on the rise, the mayor opted to act first and try to secure the approval of other city worker unions later.

Almost from the start, the pandemic has forced health officials into one of two modes: action or reaction. As Los Angeles County’s repeated public missteps have shown, the reactive course can produce fatal results on a large scale.

Pasadena, a city of about 140,000, was able to move quickly and nimbly in part because civic leaders are informed by the city’s own health department. Only three cities in L.A. County — Pasadena, Long Beach and the tiny industrial area of Vernon — have their own departments. The rest generally are guided by the L.A. County Department of Health, for better or worse.

Earlier this year, several Los Angeles City Council members introduced a motion to explore the idea of the city creating its own health department in order to ensure resources are appropriately deployed to the city’s specific needs and demographics. Some other cities are considering similar proposals, although it’s not clear which of them are close to actually doing so beyond West Covina, which is awaiting state approval.

But in a time of health emergency, it’s important to remember that a city doesn’t need county signoff — and a county doesn’t have to wait for state action — in order to respond proactively to evolving circumstances and troubling new trends.

“Vaccination is the one tool we know works,” said Pasadena Mayor Victor Gordo. “Let’s join together in this effort.”