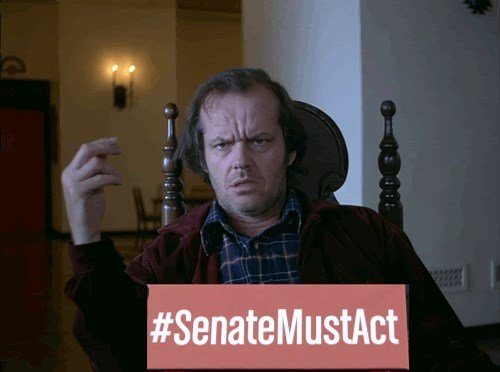 “I would dispel the rumor that is going around that you hear on every newscast, that if we don’t raise the debt ceiling, we will default on our debt,” says Senator Tom Coburn (R-OK). “We won’t. We’ll continue to pay our interest.”

So why are Republicans talking like this? Because they want to sound as if they’re willing to blow up the economy if they don’t get their way. A crazy person with a bomb is much scarier than someone holding a bomb who looks and acts reasonable. Sounding crazy is part of the Republican bargaining strategy.

But the President and the Democrats must not give in.

If we get to October 17th and the Republicans are still holding the nation hostage, the President has only one option: He must ignore the debt ceiling and order the Treasury to continue to pay all the nation’s bills.

He should rely on Section 4 of the Fourteenth Amendment to the Constitution, which says the “validity of the public debt of the United States, authorized by law … shall not be questioned.” The debt itself is clearly “authorized by law” because it’s the direct result of laws authorizing the U.S. to spend and to tax. The showdown over the debt ceiling is over payment of the debt, not the legality of the debt itself. Arguably, what the Constitution requires trumps any law governing the debt-ceiling.

If Republicans disagree, let them try to impeach the President. Their polls are already dropping. The latest Washington Post-ABC poll shows 70 percent of the public disapproving of their tactics (65 percent disapproved before the shutdown), while the President’s disapproval remains at 51 percent. An attempted impeachment would reveal to the public just how crazy Republicans have become.