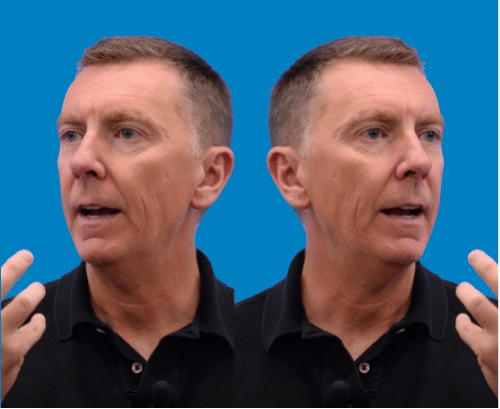 Despite its supporters’ protests to the contrary, Vergara is widely seen as a frontal attack against statutory guarantees of due process and seniority rights for state teachers. The suit is the brainchild of Students Matter, a Bay Area nonprofit created by wealthy Silicon Valley entrepreneur David Welch and partly financed by L.A. billionaire Eli Broad.

Under friendly direct examination by plaintiff attorney Marcellus McRae, the superintendent offered testimony that supported the suit’s contentions that the way in which teachers are fired, laid off and granted tenure has an adverse impact on the overall quality of the teacher workforce and illegally discriminates against low-income and minority students.

At one point Deasy’s apparent eagerness to anticipate McRae drew an instruction from Judge Rolf M. Treu for the superintendent to wait for the question before supplying the answer.

Deasy readily agreed that due process laws complicated dismissals of “grossly ineffective teachers” and damaged the morale of the profession. “Morale is absolutely affected,” Deasy insisted, before attacking the state’s teacher seniority policies.

He also denied any connection between student performance and poverty. “I believe the statistics correlate,” he said, “but I don’t believe in causality.”

Deasy’s performance as a friendly witness should not have come as a complete surprise, however. The day after the suit was originally filed against the state and the L.A. school district in 2012, then-defendant Deasy took the unusual step of issuing a press release endorsing the lawsuit’s aims. (Deasy, through a spokesperson, declined to comment for this article.)

For the city’s public school teachers and longtime education policy observers, the spectacle of the L.A. school chief siding with a lawsuit against the very system he is paid to uphold has become a familiar feature of Deasy’s fractious, two-and-half year tenure.

Vergara is merely the latest in a series of major lawsuits that include Reed v. California and Doe v. Deasy, and that have been described as a “new front” in the efforts by education-privatization forces to sidestep the state legislature and pry open L.A. and California public schools to market-based restructuring.

Together, these suits have succeeded in putting LAUSD, its teachers union and the state education code in front of a legal and political blowtorch, with Deasy himself often providing the fuel.

It is a dynamic that many find disturbing.

The suits began with Reed v. California, filed in February, 2010 and which, like Vergara, took aim at the state’s policy of laying off teachers with the least seniority. A key difference is that Reed confined its scope to three inner-city middle schools that the district had inexplicably packed with young, low-seniority teachers who faced dismissal during the last recession.

Not only was Deasy a key witness for plaintiffs and the district in Reed, the then-newly installed deputy superintendent’s fingerprints could also be found on the suit’s most controversial aspect.

After an injunction was eventually issued exempting the three middle schools from seniority layoff rules, the sides were ordered to the settlement table. When that settlement was announced, however, nobody was more surprised than United Teachers Los Angeles (UTLA), the city’s teachers union, to learn that the original exemption from seniority rules had somehow grown to include 45 schools.

The agreement, claims UTLA attorney Jesús Quiñonez, was negotiated in closed-door meetings between all the parties except UTLA — and primarily authored by Deasy.

“In the end,” Quiñonez says, “we didn’t even have a chance to lobby, to exercise our First Amendment rights with the school board and Superintendent Cortines to say, ‘You can’t do this. It’s unlawful and will get overturned by the courts. You can’t give up teacher rights without their approval.’ They, of course, proceeded, and John Deasy became the chief spokesperson for it.”

The agreement, trumpeted as a resounding victory by privatization advocates, was successfully challenged by UTLA and all the parties were ordered back to work out a more equitable resolution.

In the autumn of 2011 Doe v. Deasy was filed by the Century City entertainment law firm of Barnes & Thornburgh —six months after Deasy succeeded Ramon C. Cortines as LAUSD superintendent.

Sponsored by the Eli Broad-backed charter-school booster group EdVoice, Doe alleged that LAUSD was in violation of the Stull Act, a 1971 law that mandates the use of student test scores in teacher evaluations. But many saw the Stull argument as thin cover to get LAUSD’s newly minted version of the highly contested value-added modeled testing (VAM) ordered into use for teacher evaluations.

The suit’s push for the use of VAM, which is favored by Deasy, and Deasy’s own apparent social links to Doe’s backers, seemed to point to Deasy himself having been instrumental in initiating Doe — in effect suing himself. The resulting rumors were so prevalent that they led Tokofsky at the time to quip that that case should be called “Deasy v. Deasy.” (The superintendent has in the past flatly denied that he was involved in the planning of Doe or the other suits.)

Doe’s star witness was none other than the superintendent himself. Deasy’s plaintiff-accommodating testimony ended up contradicting depositions by his own area superintendents when he claimed that the district’s routine incorporation of student test scores into teacher evaluations were insufficient and not uniform. The admission proved crucial to the plaintiff’s case and eventually led the court to find against LAUSD — and to order it to pay more than $600,000 in plaintiff attorneys’ fees.

That kind of financial sting, added to an already cash-strapped school system, has caused those facing Deasy in courtrooms to ask whether the practice of siding against one’s own district to achieve policy ends denied by the legislature is the best interpretation of “fiduciary duty.”

According to JoAnne Speers, the Executive Director and Ethics Program Director of California’s Institute for Local Government (ILG), the ethical line between Deasy’s fiduciary and policy duties are not clear-cut.

Ultimately, says Speers, the issue boils down to politics: It’s the school board’s call on whether what Deasy is doing is in the district’s interest or not.

School board member Steve Zimmer is less circumspect about the nature of Deasy’s stewardship.

“If there was collusion,” says Zimmer, “and there was the implicit or explicit invitation or strategy on behalf of the superintendent to have this district sued, then that raises serious questions that need to be debated by the board. I can tell you affirmatively this board of education never, never had the conversation of endorsing this strategy, if indeed this is our superintendent’s strategy.”

For Speers’ colleague Michael D. Martello, a former Bay Area city attorney and an ILG volunteer special counsel, such a self-litigation gambit would be like “calling in artillery on his own position.”

“The point is, it may not be so much of an ethical problem as it is a potential conflict of interest,” says Martello. “Is there transparency as to who decides whether [a case] gets appealed, whether it gets fought further, whether it gets paid — things like that. … Who is watching out for the public? Where is this deal going to be cut when it’s settled, when it’s resolved? That’s always the problem.”

Corruption: Made in the USA