Investigative journalist David Cay Johnston has been reporting on Donald Trump since 1988, and admits that he has long been fascinated with a figure he calls “the greatest con artist in the history of the world.” Johnston first met Trump while reporting on casinos for the Philadelphia Inquirer, and has since served as a one-man fact-checking operation on Trump’s claims. His new book, It’s Even Worse Than You Think: What the Trump Administration is Doing to America, tracks the first 250 days of the administration. Johnston spoke to Capital & Main about what he’s learned while on the Trump beat, and why the mainstream media, despite incessant coverage of Trump, still tends to miss the big story.

Gabriel Thompson:  The title of your new book is It’s Even Worse Than You Think. It seems pretty bad already — what are we missing?

David Cay Johnston:  Journalists have done a very good job of covering Donald’s tweets and the nutty things that have gone on What’s an example of a story that is being missed or is not receiving the attention it deserves?

Johnston:  Throughout the campaign, Trump talked about how he is all for the veterans. One of the most important things he did was use the word love. He would say to his audience, “We love you. We love our police. We love our veterans.” I think that was a very powerful motivating word. And yet, his first budget proposal sought to cut the benefits for many disabled veterans when they reach retirement age. You’re unable to work because you served your country and you paid a terrible physical price, and you’re currently getting about $35,000 a year. Trump proposed to cut that amount to $13,000. That tells you that he doesn’t care about the vets.

The only area that some Trump critics might give him some credit is on his knowledge of taxes. But you push back on this as well.

Johnston:  Donald testified under oath that he knows nothing about accounting. Well if you don’t know accounting, you cannot know taxes. That’s like saying I’m an expert in flying jet fighters, but I don’t know what lift is. I tried to give Donald tax advice in 1990—my purpose wasn’t to save him money, it was to find out if he really understood taxes. We had lunch in Trump’s Castle [a hotel and casino in Atlantic City], and he couldn’t follow my basic, simple advice. At the time, Donald was in deep financial trouble, and I was going over the terms of his ownership, but he didn’t even understand his own deal. When I say Donald doesn’t know anything, I literally mean that. 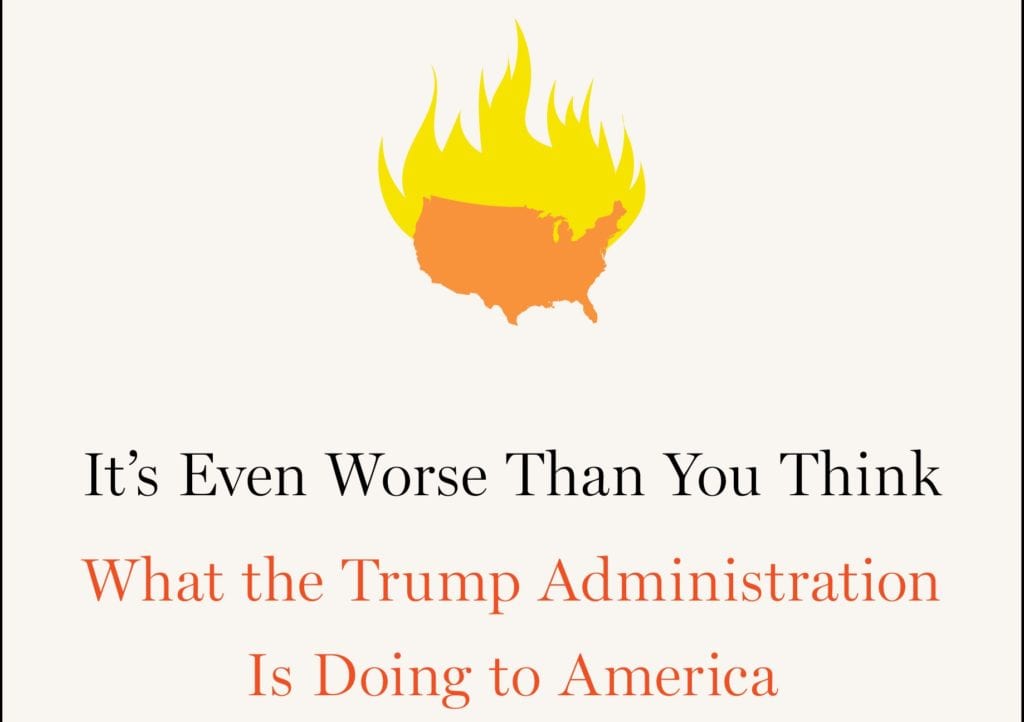 Of course, it’s not just taxes.

Johnston:  He’s appallingly ignorant. In my previous book, I tell the story of the primary debate, in December 2015, when Hugh Hewitt asked Trump about our nuclear triad and what his priorities would be if we had to make cuts for budgetary reasons. And Trump goes on about how he learned everything there is about nuclear energy from his Uncle John at MIT, a super genius. Hewitt asked again what his priority would be, and Trump mentioned how nuclear is so massive.

Then the question goes to Senator Marco Rubio, not exactly known as a heavyweight. Rubio explained that the nuclear triad is the capacity to deliver nuclear bombs from jet airplanes, land-based missiles, or submarines. This story is important because four months earlier, on his radio show, Hewitt had asked Trump the exact same question. I ran into Hewitt, and I asked him about this, and he said, “Yeah, isn’t that something. He had four months to learn about this and obviously made no effort whatsoever.”

What stood out to you in his recent State of the Union address?

There were of course tons of factual errors and claims that don’t stand up. It was a pretty banal speech, and he applauded himself. Good God! But Donald has some skills. He’s the greatest con artist in the history of the world, and he knows how to craft a line to appeal to people. He knows, when he’s being interviewed, where to have the lighting and camera stationed. The man has significant skills in self-promotion and creating his image. But he’s a Potemkin president. There’s no substance there.

You write in the conclusion that Trump is a symptom of our country’s problems, not the cause. Looking at all the terrible things he’s done, what gives you hope?

Johnston:  There’s no good ending to Trump’s presidency. Whether he’s voted out or impeached, he will go around the country claiming he was robbed and will foment violence. Nothing will hold him back. But we will get through this. We got through the Civil War, through the burning of the capital in the War of 1812, through the Great Depression. Some of the damage we can fix, and some will cause lasting problems. They are approving judges left and right, many of whom are ideologues and marginally qualified. We’ll be dealing with that long after I am gone.

Here’s what gives me hope. The day after he took office, six million Americans turned out in the biggest demonstrations in the history of this country. If that energy can be translated into votes in November, and we can get people to realize that it is our government and we need to act like owners instead of like we’re powerless, then we can move our country in the direction of progress.