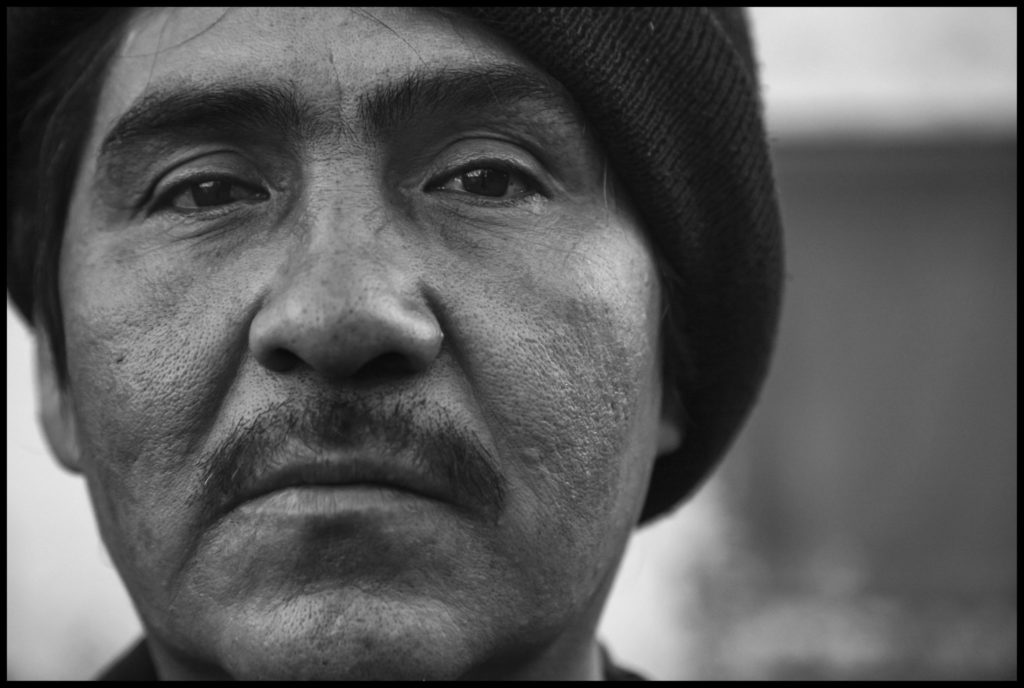 The writer, photographer and veteran union organizer David Bacon frequently refers to “people who travel with the crops.” He means the agricultural workers who move from place to place to cultivate and harvest California’s fields, as well as those across the United States. They are the subject of, and participants in his newest work of photojournalism, In the Fields of the North/En los campos del norte, a collaboration between El Colegio de la Frontera Norte and the University of California Press.

On Tuesday, May 23, David Bacon will appear at two book-related events in Los Angeles. The first takes place on UCLA’s Westwood campus, 1-3 p.m.; the second, at the UCLA Downtown Labor Center, 5:30-8 p.m. Both events are free and open to the public. See details here.

Capital & Main: Some of the book’s photos were originally displayed on a border wall?

David Bacon: There’s a section of a border wall as it goes into the Pacific Ocean, at the Playas de Tijuana. There’s a park there called, ironically, Friendship Park, on the Mexican side. During a conference that was organized by the Colegio de la Frontera Norte Mexico, they created really big prints of the photographs on discarded cloth. The idea of the conference was to talk about the situation of Mexicans living in the U.S. Ten percent of the people of Mexico live here in the U.S.

There are certain illusions that people have in Mexico about the Mexicans working here — that everybody’s working for high wages, and doing really well. The images show you what the reality of life actually is.

The book is not just photos and captions—it includes first-person stories to introduce chapters.

Bacon: People comment about all kinds of things, how they crossed the border, about their work lives, about their families, the communities that they live in, their culture. A lot of the farm workers in the U.S., especially on the Pacific Coast here, are indigenous people, bringing with them this very vibrant culture from towns in Southern Mexico, Oaxaca in particular. 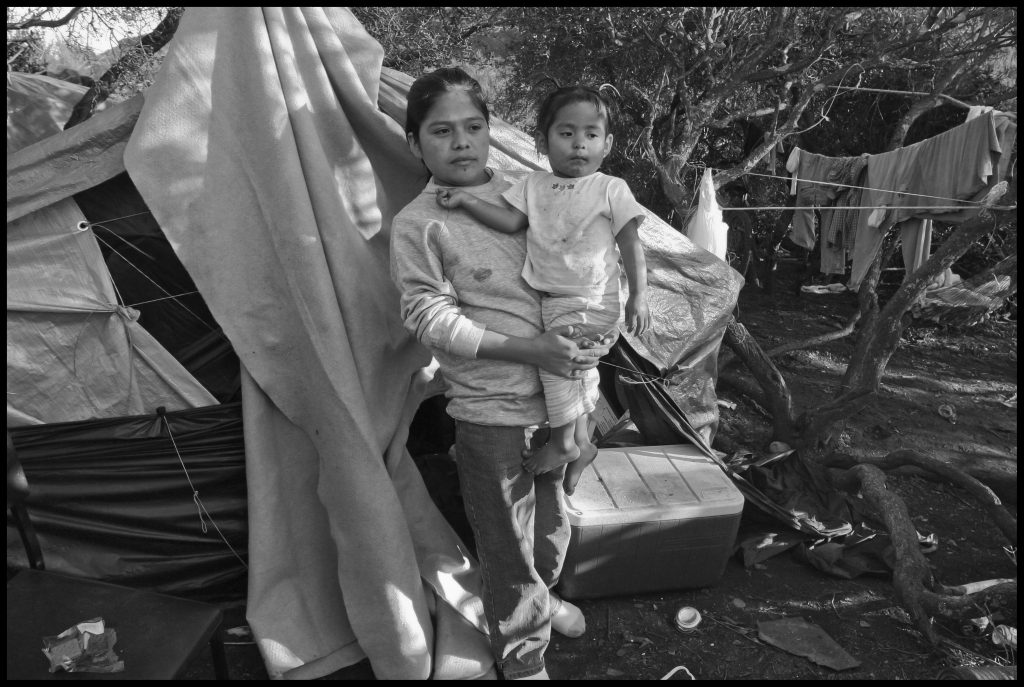 Your first chapter is “Where Does Our Food Come From?” and describes weeding an organic potato field — the heat, pulling weeds by hand.

Bacon: Does the fact that it’s organic mean that it is healthy for the people who work there? In some ways, yes. In some ways, no. Yes, being that if no pesticides are being sprayed on the plants there, workers going through and picking weeds are not going to get a dose of pesticide. Human labor is required to come and get those weeds out of the ground before those potatoes are harvested. So there’s more work for workers and that’s a good thing too.

Most people in the U.S. don’t see farm workers, don’t know who they are. They don’t know much about the food that’s sent to the supermarket shelves. This book is a way of trying to peel that back.

Are there any ways for consumers to make reasonable choices?

Bacon: The last chapter in the book is about, among other things, the strike that was organized by workers in Washington state who worked at a farm, a grower, that was producing berries for Driscoll’s berries. Driscoll’s is a big berry marketer. They’re all over the world. The way those workers were able to [get] the grower . . . to finally agree to negotiate a contract and to recognize their union, was by appealing the people in the cities not to buy Driscoll’s berries until the grower had agreed to do those things.

This is basically what Cesar Chavez taught. The United Farm Workers movement . . . taught us how to use our power as consumers to help workers when they are involved in a fight with their employer and they need support in order to win. It worked for the workers in Washington state. 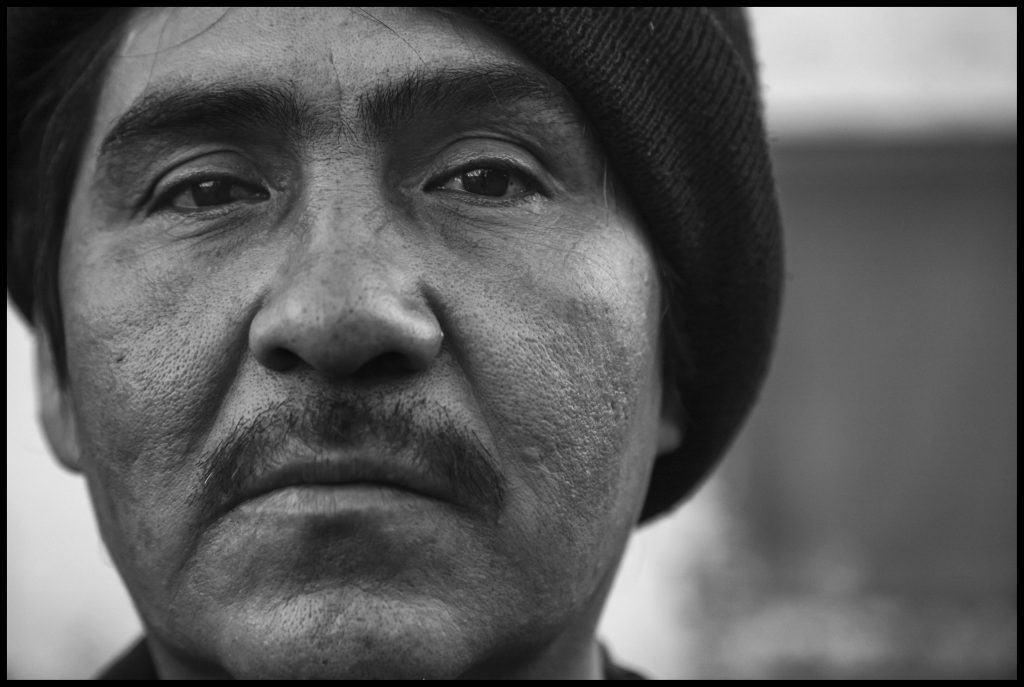 The union was founded here in California in 1966, but drive up the California coast—you’ll still see people bent double in the fields picking crops in the heat. What has changed in all that time?

Bacon: Some things have changed and some things haven’t. Or some things changed for a while and then kind of slid backwards. Some of the things that changed on a more permanent level were things like basic improvements in working conditions, like bathrooms and water for people to drink in the fields, which people didn’t have before the union.

The UFW pushed forward the organizing skills of a lot of people who then went on to use those skills in other areas. It also pushed forward the politics of social change and social justice in our communities. The 1965 grape strike was started by Filipinos who were living in labor camps in Delano. Delano was run by growers. The city government was all white. Today, the mayor of Delano is a Filipino. The politics changed. Workers got more power because of the union. They used that power in order to change the politics of the town.

I’m a product of that movement myself. I was an organizer for the UFW in the 1970s, then I went on to organize with other unions and help build up the labor movement through the 1980s. But many images in your book show people living in utter squalor—crowded rooms, dilapidated trailers, some building their own shelters. Why is farmworker housing so appalling?

Bacon: In the book, you see pictures of families with a lot of family members all living in one room, or two rooms, or a garage. That’s primarily a function of people not having enough money. Also, because people are immigrants, [they] are sending money home. I’ve had people tell me, “I would rather live outside for a while, so long as that means that I’m not going to pay the money on rent, and I can send more money to my family back home and they’ll live better.”

Then, there is not enough housing in rural California, especially for people who travel with the crops.

There’s also no real concern by the growers, who are, after all, the ones who really benefit from this system. The book in a way is trying to show us this and say, “Hey, what’s fair about a system in which the person who’s putting the food on the table for you can’t find a place to live?”

Yet your photos show the things that people do to create home. I’m struck by images of people slipping off work shoes to keep the floors clean.

Bacon: Sure. There is this photograph in there of this guy who is sitting on a mattress that’s on these shipping pallets. Ansel Adams’ photography draws viewers into a connection with the American West. Dorothea Lange’s work places us right back into the Depression era. What makes your photography so universal? The subjects reach out to us and look us in the eye.

Bacon: What I’m after is a feeling of intimacy, of closeness. I’ll get very close to the people that I’m photographing. I’ll use a wide-angle lens — that has the advantage of being able to include a lot of the background, which tells you something about the person in the photograph. If it’s a picture of a worker I’ll try to include the hands as well so you can see what somebody’s hands are doing.

The idea is to identify with, have empathy for the people in the photograph. What we’re doing here is making the invisible visible.