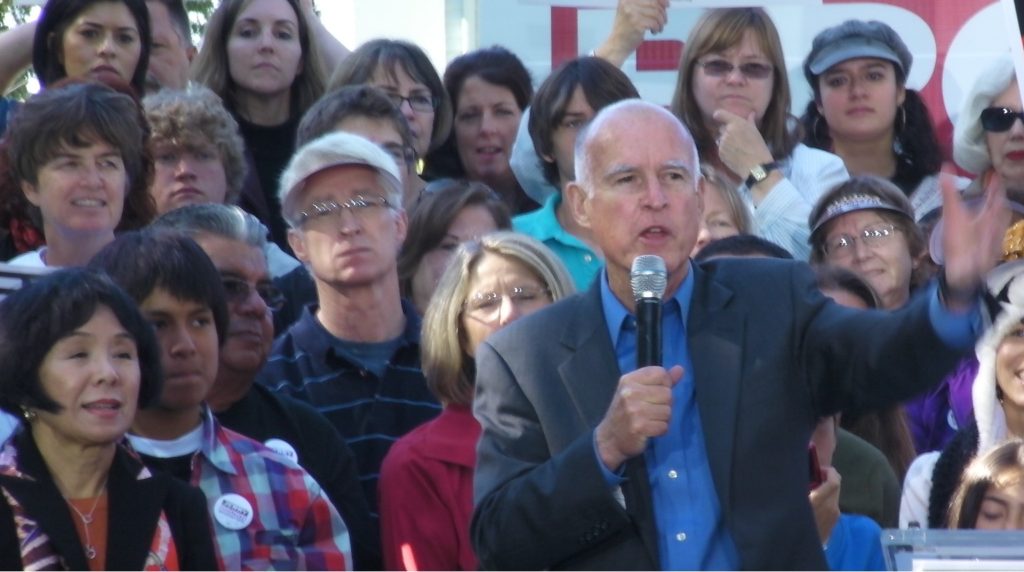 There are not as many propositions on the June ballot as usual, but none has fewer supporters than Proposition 70, a constitutional amendment calling for a one-time, two-thirds vote in 2024 to determine how the billions of dollars generated by California’s cap-and-trade program will be spent. That two-thirds vote requirement conjures up frustrating memories of the gridlock that occurred each year before past budgets were finally passed.

Supporters are a collection of strange bedfellows: Governor Jerry Brown, former Assembly GOP leader Chad Mayes (R-Yucca Valley), who crafted the amendment, and the state Chamber of Commerce. Opponents include the Democratic and Republican parties, every environmental group in the state and nearly every major newspaper.

Cap-and-trade requires that polluting companies buy permits allowing them to release greenhouse gases into the atmosphere. Money from these permits now goes into the Greenhouse Gas Reduction Fund (GGRF), and the legislature decides by a simple majority vote on how to spend that money each year during budget negotiations.

If Prop. 70 passes, money from those permits would be deposited into a new state reserve fund starting in 2024, until each chamber in the legislature passes that one-time bill on a super majority vote that would decide how to spend the money. But once that bill passes, new money collected through cap-and-trade would once again go into the GGRF and again could be allocated on a simple majority vote.

Prop. 70 emerged from a compromise last year to extend cap-and-trade, California’s ambitious climate change program, until 2030. Brown has called climate change a “threat to organized human existence.” But some Democrats were skeptical of the extension and their support was shaky at best. Republicans were also looking at the program with wary eyes. Gov. Brown knew he would need Republican votes to extend the program, and decided it was time to deal. He enlisted Mayes to round up the needed GOP votes.

Brown sought the supermajority vote, when only a simple majority was required, as an insurance policy against unforeseen future legal challenges.

Prop. 70, however, could endanger the bullet train, one of Brown’s favorite projects, by giving Republicans a say over how cap-and-trade money is spent. By the end of 2016, about $800 million had been spent on the high-speed rail project. Given the GOP’s opposition to the train, it could strangle the project if their votes are needed in 2024 to provide a two-thirds majority to continue its subsidy.

Opponents of Prop. 70 say that it makes sense for cap-and-trade allocations to be reviewed, but that review should be done every year through the budget process on a simple majority vote. If passed, Prop. 70 could change the mix of cap-and-trade funding sent to state and local programs.

“We’ve seen other legislation where the two-thirds vote holds hostage money for disadvantaged communities,” says Strela Cervas, interim director of the California Environmental Justice Alliance. “This would be budget gridlock and backtracking.” Cervas worries that one major program benefiting from cap-and-trade investments, Transformative Climate Communities, could be starved of funds if Prop. 70 passes.

Bill Magavern, policy director of the Coalition for Clean Air, said that a two-thirds vote would lead to budget gridlock, regardless of the partisan composition of the legislature in 2024.

“For years we had budgets that were delayed. Since 2010, when we passed Prop. 25, which required a simple majority vote, we’ve have had balanced and on-time budgets. Brown’s success in getting his climate agenda passed is largely due to this.”

California’s major political parties oppose Prop. 70. With the exception of the Bakersfield Californian, all major newspapers have opposed it. The San Jose Mercury News called it a “colossal waste of voters’ time.” And the Los Angeles Times described it as a “pointless exercise.” The only institutional supporter of the ballot measure, the California Chamber of Commerce, didn’t respond to requests for comment.

So far there’s no evidence of big money backing Prop. 70. But Magavern said he isn’t complacent. “Our side definitely doesn’t have the money to fight this,” he said.