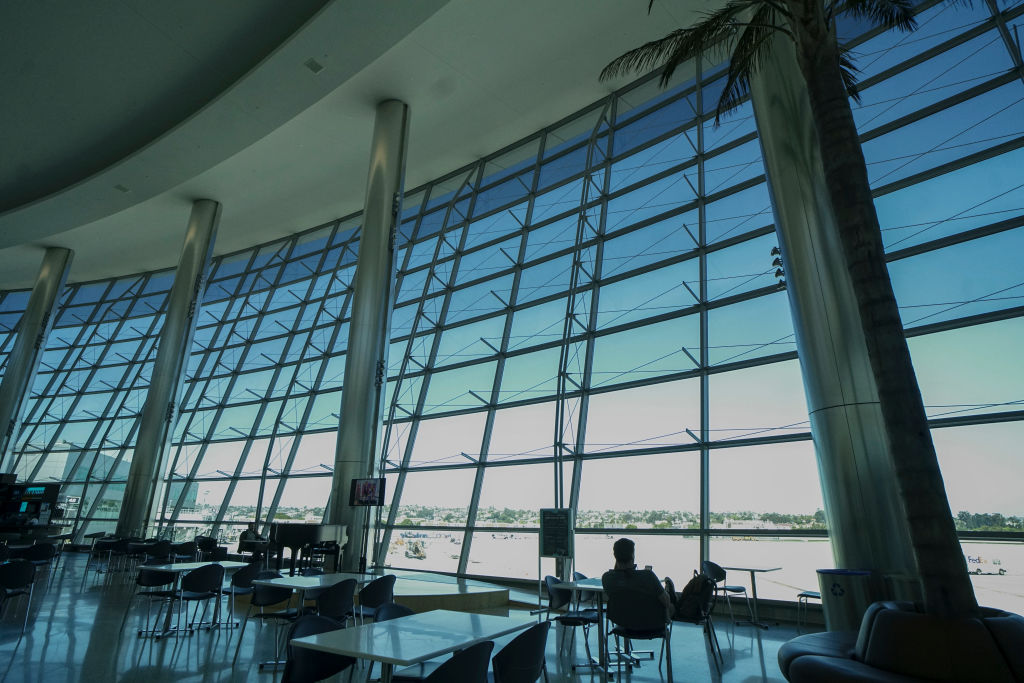 As anyone who drove past a darkened restaurant, empty hotel or shuttered stadium over the summer knows, the pandemic has been calamitous for the food service industry. But only recently, as COVID-19 cases soar and restrictions once again become severe across the country, has it become clear just how devastating those numbers really are.

Both governmental and private sector reports paint the same picture. The Trump administration’s failure to respond to the health crisis, in policy and in politics, has led to the kind of across-the-board job loss that could take years or decades to rebuild. And in the case of food service workers, it’s a fair question how many of those jobs will even return.

A union spokeswoman said that of roughly 4,000 LAX workers that her union represents, only about 500 are currently back on the job.

In Pennsylvania, the food service conglomerate Aramark announced it would lay off thousands of workers in that state — and that was only a small fraction of its planned job cuts around the U.S. The company, which reported a $328 million loss for the fiscal third quarter ending June 26, separately announced layoffs in a number of states, including Colorado, Missouri, Ohio, Texas and Oregon.

The states’ commonality? They have airports, they have hotels, they have convention centers, and they have stadiums and ballparks — all once serviced by Aramark, many of them now either nonoperational or functioning at tremendously reduced capacity. And the low wage earners, the food-makers, servers and support staff, are often the first to go.

Inside the Tom Bradley terminal at Los Angeles International Airport (LAX), Elvia Martinez, who works for food service giant HMSHost, returned to her job at a Panda Express location after a two month layoff. But Martinez, who, as a 17-year employee of the company, said she makes $16.50 an hour, didn’t get her full hours back.

Instead, she gets six or six and a half hours per day, because others higher on the seniority chart get first choice of the available shifts — and there are still only so many of those to go around.

After qualifying for food stamps, Elvia Martinez opened a small store inside her home, selling drinks and snacks to neighbors. “It wasn’t enough,” she said. “It’s horrible. It’s horrible.”

“The whole airport became very, very quiet,” Martinez said of the summer’s lack of activity within Bradley, LAX’s terminal for international flights. “It was so slow. We were like, ‘What’s going on?’”

Martinez considers herself lucky. Even at less than full hours, which she said requires her to pick and choose which bills to pay, her return to the job meant she had access to her health plan again, as did her daughters, ages 13 and 11.

Others haven’t been as fortunate. Maria Hernandez, a spokeswoman for Unite Here Local 11, said that of the roughly 4,000 LAX workers that the organization represents, only about 500 are currently back on the job. (Disclosure: The union is a financial contributor to Capital & Main.)

In addition to the brutal toll the layoffs have taken on workers and their families, there’s a trickle-down effect at work. As detailed recently by the Los Angeles Times, California’s immigrant population fell by more than 6% in the first five months of the pandemic, as businesses of all kinds closed operations and laid off many of those in the low wage service jobs that normally keep them going. The immigrant workers, who often have little or no savings and may not qualify for U.S. government relief, apparently are leaving for other states or returning to their native countries, the Times reported.

Some economists suspect that as many as 42% of food and beverage service jobs are not coming back.

In a state with an immigrant population put at more than 10 million in 2019, those are significant losses of workers. But the larger question for California — and, indeed, for the country — is whether their jobs will return anytime soon, or at all.

According to research by the Commonwealth Fund, pandemic-related job losses in the hotel and food service sectors are completely out of proportion to their normal place on the U.S. employment landscape. “Although accounting for only 7% of prepandemic employment, 20% of unemployed workers in June were former accommodation and food service workers,” the organization’s report found.

The report focused heavily on what job losses are doing to workers’ health insurance, but only about 25% of hotel and food workers receive employer-sponsored health plans to begin with.

When Martinez was laid off by HMSHost in April, she knew that it meant she had no access to health care, but that was not her first concern. “I had no money to pay my bills,” she said in a phone interview. “I had to ask my friends for money. I [told my landlord], ‘I will pay my rent, just hold on. I don’t have any money right now.’” After qualifying for food stamps, Martinez opened a small store inside her home, selling drinks and snacks to neighbors. “It wasn’t enough,” she said. “It’s horrible. It’s horrible.”

Report: “Although accounting for only 7% of prepandemic employment, 20% of unemployed workers in June were former accommodation and food service workers.”

As many workers undoubtedly thought, Martinez assumed the COVID-19 scare would end eventually, if not immediately. But now, she sees the national numbers spinning in the wrong direction again, with positive cases on the rise and cities and states reconsidering their plans to open more fully.

“We are likely to see a very dense epidemic,” former Food and Drug Administration director Dr. Scott Gottlieb told CNBC on Monday. According to the network’s analysis of Johns Hopkins University data, the U.S. reported an average of 68,767 new COVID-19 cases per day over the past seven days, the highest such average yet recorded in the country. “I think we are right now at the cusp of what is going to be exponential spread in parts of the country,” Gottlieb said.

If that happens, Elvia Martinez knows where she puts a significant portion of the blame. “It’s really frustrating that our government is all over the place” when it comes to COVID-19 protocols and the misinformation often flowing from the top, she said. “I don’t know what Trump is thinking about — like, not wearing a mask himself, what kind of example does he give us?”

Answer: an example of how not to do it. According to the Bureau of Labor Statistics, employment in food and drinking establishments dropped by a staggering 2.3 million workers from February to September. There’s a suspicion among some economists that as many as 42% of those jobs are not coming back, as an administration’s utter failure to deal with a pandemic continues to wreak havoc among America’s most vulnerable earners.