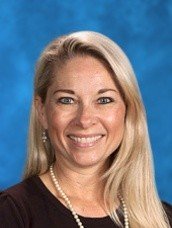 Last July, 2,000 conservatives and Tea Party activists gathered in Las Vegas for the annual FreedomFest, which featured GOP presidential frontrunners Donald Trump and Marco Rubio. But it was a fourth grade public school teacher from Orange  County named Rebecca Friedrichs who promised the far right a prize that neither Trump nor Rubio could offer. Friedrichs and nine other California school teachers are part of a lawsuit now before the U.S. Supreme Court that could deliver a severe blow to the nation’s public-sector unions. It would radically upend the political power of labor — and also, conservatives hope, of the Democratic Party — across the United States.

Friedrichs’ message last summer was the same as she has told audiences elsewhere: “Supposed [union] benefits are not worth the moral costs.”

The “moral dilemma,” she claims, is over such union collective bargaining practices as securing pensions and workplace protections for public school teachers, and taking positions on issues like school vouchers, that run contrary to her Christian beliefs.

Friedrichs v. California Teachers Association, which is scheduled for oral arguments before the high court today, seeks to invalidate California’s agency shop law that requires all teachers in a union bargaining unit to pay “fair share” fees for collective bargaining, whether or not they are members of the union and disagree with the union’s policies. It also seeks to outlaw a process that requires teachers who don’t want a portion of their fees to go to union political activities to “opt out” of funding those activities. (At present teachers are automatically enrolled in such funding mechanisms, unless they choose to opt out.)

Both fair-share and opt-out policies, plaintiffs maintain, violate the First Amendment rights of  teachers like Rebecca Friedrichs who pay “fair share” fees but no union dues. Should that argument find favor with the court’s conservative majority, the case could go down as organized labor’s Citizens United — decimating membership, crippling the unions’ lobbying efficacy and effectively stifling the collective political voice of public-sector workers.

“It really is about weakening a teacher’s voice to advocate for students,” observed CTA president Eric Heins last Thursday at a media briefing. (Disclosure: CTA is a financial supporter of Capital & Main.) “We’ve seen the disastrous results of that in other states where it’s actually happened. If we look at who’s behind this, the Center for Individual Freedom [is] Koch-funded. They have tried and failed through the ballot box to do this … and now they’re trying to get it through the courts.”

In fact, Friedrichs has been literally tailored to do so and was fast-tracked through the California courts by the plaintiffs’ lawyers who asked judges to rule against them so that they could move the case up more quickly toward the Supreme Court.

“Clearly some justices believe that public-sector collective bargaining is bad,” University of California, Irvine law school professor Catherine Fisk told Capital & Main, “and so I think that Friedrichs was a case delivered by an activist litigation group to provide them the vehicle to hold that all public-sector collective bargaining has to be on a strictly right-to-work basis.”

The case originated with the Washington, D.C.-based Center for Individual Rights (CIR), a rightwing litigation shop that designed Friedrichs in response to an inference in Justice Samuel Alito’s majority opinion in Harris v. Quinn, a “dog whistle” ruling widely seen as inviting a First Amendment challenge to fair-share fees. 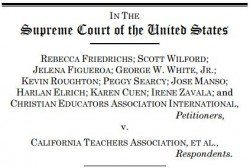 CIR had previously won notoriety for its court challenges to affirmative action and the Voting Rights Act. The attorney arguing for the plaintiffs today is Michael A. Carvin of the white-shoe law firm Jones Day, a libertarian firebrand best known for twice attempting to get the Affordable Care Act declared unconstitutional.

At stake are nearly 40 years of protections the U.S. Supreme Court has provided for fair-share union fees — and countless federal, state and local labor laws tied to them — rooted in the court’s 1977 Abood v. Detroit Board of Education decision, which the Burger Court had deemed a reasonable compromise among the First Amendment rights and responsibilities of unions, members and nonmembers.

That landmark ruling established that a public-sector collective bargaining agreement may contain an “agency shop” clause requiring employees who are not union members to financially support the union’s collective bargaining, contract administration and grievance procedures by becoming “fair share payers.”

CTA’s fair-share payers, who include Friedrichs‘ 10 teacher plaintiffs, represent just under 10 percent of the union’s roughly 325,000 members; their fees are translated as payroll deductions of annual fair-share fees amounting to $641, which gets divided among the local union, CTA and its parent organization, the National Education Association. Full union members pay an additional 35 percent that supports the lobbying efforts that give teachers a voice at the education policy table.

Predicting Friedrichs’ chances of prevailing — in spite of the evident antipathy toward unions from Alito and others in the Roberts Court’s conservative faction — turns out to be tied to a tangle of separate strands of First Amendment precedents denying speech rights for government employees that will require contortions of legal logic by the court to create an exception for Friedrichs’ core argument that public school teachers have those rights to begin with.

One strand, Fisk pointed out, leads to Garcetti v. Ceballos, a 2006 case involving the office of former Los Angeles County District Attorney Gil Garcetti, in which the Roberts Court unequivocally affirmed that individual government employees have no First Amendment protections for on-the-job speech.

Another strand leads to Civil Service Commission v. National Association of Letter Carriers, a 1973 Supreme Court case involving a challenge by Chicago letter carriers to the 1939 Hatch Act, which prohibits federal government employees from engaging in a wide range of off-duty partisan political activity. There the court likewise held that the government can prohibit partisan political activity by government employees — even off-the-job speech — in order to have a nonpolitical civil service.

And though Justice Anthony M. Kennedy is often seen as the swing vote in recent decisions written by the conservative majority, the key vote on Friedrichs, Fisk added, may likely be Antonin G. Scalia, who in a 1991 case, Lehnert v. Ferris Faculty Association, upheld fair-share fees as justified because the law imposes a duty of fair representation on the union to represent everyone, not just its members.

“I think it will be important to see what, if anything, is said about Scalia’s opinion in Lehnert,” Fisk noted. “And I think there is an important issue about what deference do the states get to establish their own labor-relations regimes. … What the petitioners in Friedrichs are asking is to prohibit California from making its own choices, and so how do the [conservative] justices that usually would allow states to do what they want, deal with that issue?”

If Friedrichs prevails, California — along with the rest of the country — will effectively become a right-to-work state for public employees, one in which their unions will still be required by law to represent fairly every worker without regard to whether they pay fees or not. After Republican Governor Scott Walker pushed through his 2011 anti-union law and stripped most of the state’s public-sector unions of their collective-bargaining rights, Wisconsin’s state employees union membership plunged by 70 percent. Membership in the National Education Association’s state branch fell by one-third.

But the consequences of a Friedrichs victory don’t end there. Rather, its logic will open the door to questions of whether any union chosen by the majority has the right to bargain on behalf of everybody, or when the union goes to the table and negotiates on behalf of everybody if that violates the First Amendment rights of employees who don’t want to have the union speak on their behalf.

“There are already cases arguing that, pending in lower courts in various states. There’s one in Illinois,” said Fisk. “And so what that is going to argue is that collective bargaining by a union chosen by the majority violates the rights of the dissenter. I think it’s one of the complicating things in Friedrichs, which is, if the money is the problem, why isn’t the underlying speech also the problem?”

Whether or not Abood can withstand this latest challenge remains unclear, but one thing that is certain is that the fate of America’s public-sector labor movement will be determined by the next President, who may get to appoint as many as three Supreme Court justices.

“If the petitioners don’t win this time,” Fisk reflected, “it’s going to depend on who wins the next election — like everything else, you know, whether it’s the Republican or Clinton or Sanders, because the next Supreme Court appointments are going to matter a lot in this area of law as in every other.”

Behind – and Beyond – Friedrichs