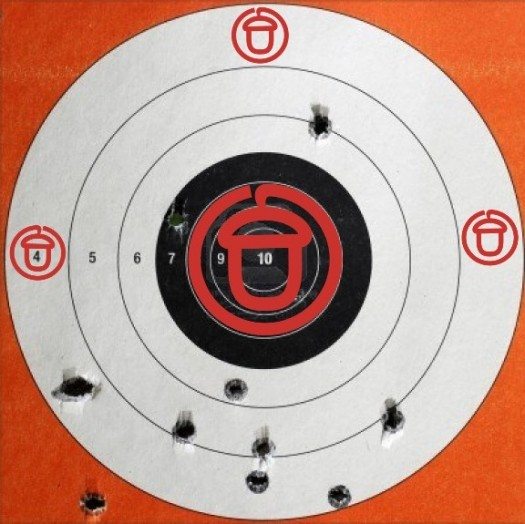 After the sequester cut teaching jobs, Head Start spots, senior food programs and access to nutrition assistance for over half a million women and their families, the GOP revealed its brand new short-term budget bill for 2013. Buried on page 221 is a curious clause banning federal funding to ACORN, an anti-poverty group.

The clause reads, “None of the funds made available in this Act may be distributed to the Association of Community Organizations for Reform Now (ACORN) or its subsidiaries or successors.”

But ACORN is long dead. Republican and right wing activists helped kill it in 2009 by smearing it with a video falsely edited to be deliberately misleading and stampeding the Democrats into a bill that stripped ACORN of all federal funds.

The bill that defunded ACORN in 2009 was broader – applying to “any organization” that has been charged with breaking federal or state election laws, lobbying disclosure laws, campaign finance laws or filing fraudulent paperwork with any federal or state agency.

A ferocious attack by Karl Rove and the conservative movement destroyed ACORN because it fought for the minimum wage and registered millions of lower-income voters who were not likely to support conservatives.

Yet even though ACORN has been dead for over three years, so meticulous are the Republicans at keeping federal funds away from this organization that helped the poor and has never been convicted of a crime that they, in 2013, prohibit ACORN and its successors in interest from ever receiving federal funds.

Let’s go back to what happened a few weeks before December 31, 2012, when Republicans and President Obama reached an agreement to avoid the “fiscal cliff.” Amgen, the world’s largest biotech company, pleaded guilty to defrauding the American taxpayer. It was the single largest criminal and civil fraud settlement involving a biotechnology firm in US history.

Accused of illegally marketing its drugs, encouraging doctors to fraudulently bill Medicare and Medicaid, and practices that could lead to patient overmedication and strokes, the company paid $762 million in criminal penalties and settlements of whistle-blower lawsuits.

Given the GOP’s concern for defunding any organization that would file fraudulent paperwork with any federal or state agency, you would think Republicans would have thrown the book at Amgen if they had a chance.

That’s not quite what happened. On the eve of the fiscal cliff deal, behind closed doors, three self-proclaimed deficit hawks snuck a loophole into the law that guaranteed Amgen would get back most of the money it paid in penalties. Republican Minority Leader Mitch McConnell and the Senate Finance Committee’s ranking Republican Orrin Hatch inserted a loophole that rewarded Amgen at a cost to taxpayers of half a billion dollars.

If Congress could defund ACORN of its federal grants and provoke ACORN’s supporters to also withdraw their support, which led to the group’s demise in 2010, Congress should at least repeal Amgen’s gift and save taxpayers some money, a cause the GOP claims to stand for.

Not only should Congress repeal Amgen’s fiscal cliff benefit, it should bar Amgen from donating campaign contributions or any monetary favors to members of Congress. If we can defund ACORN for minor management practices and bar a guy who is convicted for stealing a loaf of bread from ever voting, as several states do, surely Congress can bar a convicted criminal corporation from donating to politicians. This would have the added benefit of shaming politicians from engaging in the worse form of crony capitalism.

There are big differences between Amgen and ACORN. While Amgen is a law-breaker, ACORN, as I document in my book Seeds of Change, was subject to dozens of criminal and independent congressional investigations and was exonerated in all of them except a Nevada case. In Nevada, ACORN was convicted of a misdemeanor that bars nonprofit groups from paying canvassers based on how many people they register, a law that probably violates the First Amendment. ACORN offered a $5 bonus if a canvasser registered 21 or more voters.

Further, ACORN was a poor people’s organization that couldn’t afford to retain high-priced lobbyists and donate thousands of dollars to lots of politicians, which made it easy for Republicans to destroy the group. Amgen has 74 lobbyists on its team in Washington and lobbied hard for that loophole, currying favor with friends at the White House and on Capitol Hill. The New York Times traced its “deep financial and political ties” to senators Max Baucus, D-Montana, McConnell, R-Kentucky, and Hatch, R-Utah, “who hold heavy sway over Medicare payment policy.”

The working poor, who benefitted from ACORN’s work, can’t get back what they lost when ACORN was destroyed. But Democratic Party leaders can provide some justice and reduce the deficit by pushing for tough action against Amgen and other drug companies and defense contractors like Lockheed Martin and Northrop Grumman, who routinely defraud the federal government.

(John Atlas is the author of Seeds of Change: The Story of ACORN, America’s Most Controversial Anti-Poverty Community Group. His post first appeared on Truthout and is republished with permission.)