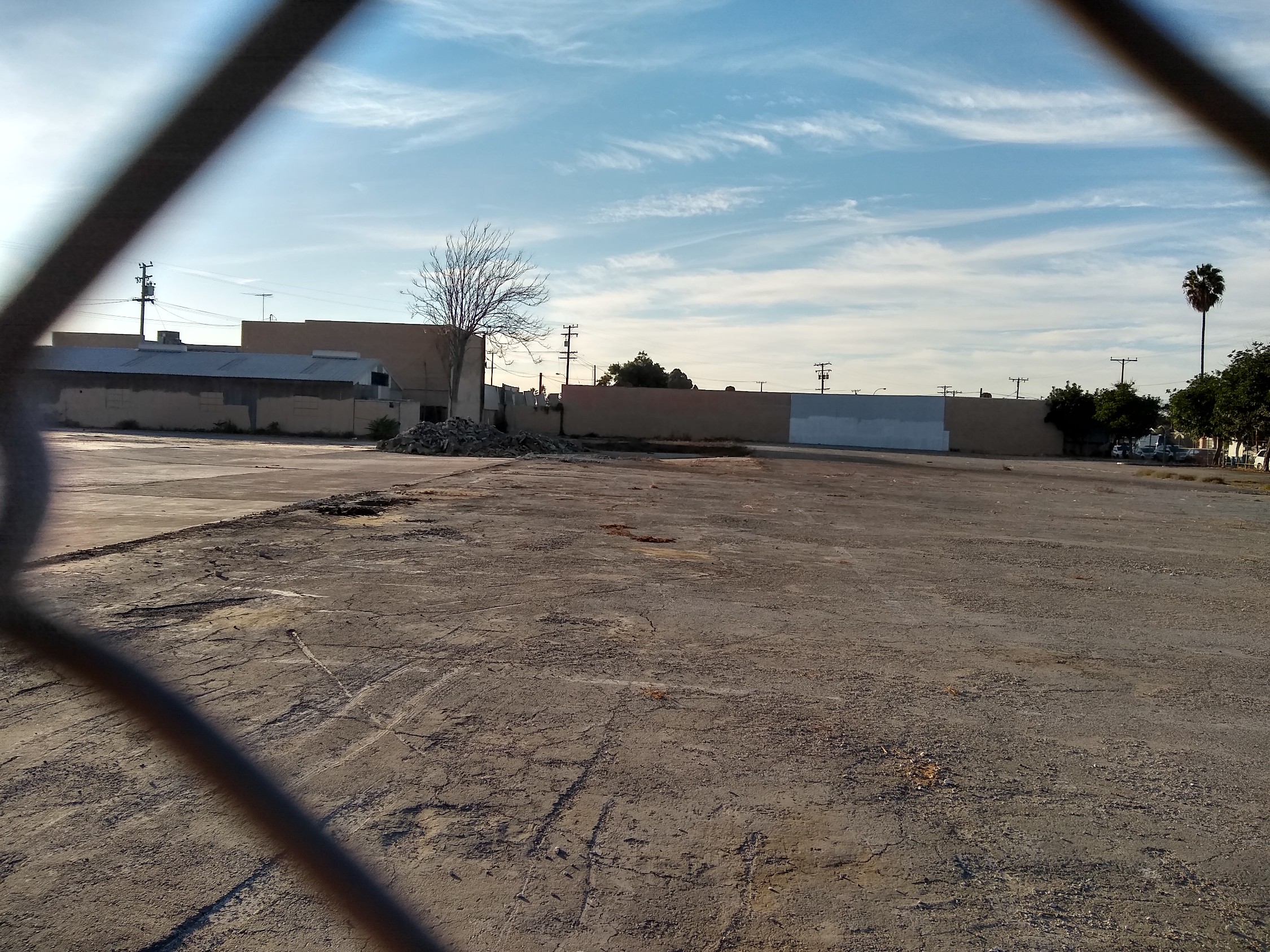 Residents of the tiny city of Cudahy, California, located in the industrial southeast of Los Angeles County, are suing to prevent a large charter school from being built on what they claim is toxic land without a proper environmental review. At issue are a state law allowing different building standards for different types of schools, and a planning code, obscure to most local residents, that allows a charter school company to build a new school without thoroughly cleaning up the site’s alleged toxins.

Using a process that allows the company to skirt state environmental rules, KIPP SoCal Public Schools plans to build a new elementary school on land that its own reports show contains toxic substances including lead and arsenic. The company can do that because the regulations for building or renovating charter and private schools are less restrictive than for state-funded district schools, and because Cudahy has, according to critics and plaintiffs in a lawsuit, used the wrong planning code to approve the project.

If the construction of the school, KIPP Pueblo Unido, goes forward as planned, the developer, KIPP SoCal, will not have to use the most stringent state standards — the California Environmental Quality Act, or CEQA — for cleaning up the toxins on the site. That’s because a majority of the Cudahy City Council approved the project last September, based on a planning code requiring a much less stringent environmental standard on land that had been used for heavy industry for nearly a century.

In an email, Christina Barrera, a spokesperson for KIPP SoCal, contended that the site “is and will continue to be safe as a school site, a fact that has been verified by independent experts. Any claims to the contrary are false.

“KIPP SoCal has complied with all state and local regulations related to the siting and approval of this school project. We’ve completed extensive required environmental investigations, along with voluntary comprehensive traffic studies, to ensure the Cudahy campus is safe for our community, including students, team and the surrounding neighborhood.”

The claim that KIPP SoCal has complied with laws and regulations may be true, but only because the Cudahy City Council approved the work as a ministerial project. According to Elise Cossart-Daly, counsel for Cudahy Alliance for Justice, the group suing to halt the project until a stronger environmental review is done, “ministerial” applies to much less invasive construction work, like putting up a fence or a roof — not to erecting buildings.

It is possible that other California communities may have schools that are not built to the highest state environmental standards.

According to the state, a ministerial project requires “only conformance with a fixed standard or objective measurement and requires little or no personal judgment by a public official as to the wisdom or manner of carrying out the project.” Importantly, a ministerial project wouldn’t require an environmental impact report, which would explore all possible environmental impacts on the surrounding area.

Designating the project this way means construction can proceed with little or no oversight from the state. But there’s no consensus in Cudahy that the project was labeled correctly. Cossart-Daly says the construction should be labeled discretionary. Because the city approved the school as ministerial, KIPP is “not legally obligated to make any effort to further study, remove or remediate the toxic hazards on the potential school site,” Cossart-Daly wrote in an email.

It’s unclear why the proposed school was not designated as discretionary, as most large construction projects are.

What is clear is that in February 2020, Cudahy’s community development director, Salvador Lopez, presented the project as ministerial to the city’s planning commission, which rejected it. Despite the commission’s rejection, KIPP, through Lopez, presented the project, with the same ministerial land use designation, to the Cudahy City Council in September. With only one no vote – from then-mayor Elizabeth Alcantar — the council approved it. Alcantar told Capital & Main that she raised environmental concerns to the KIPP staff prior to the vote “and was not convinced with their responses. As such I decided to vote no.”

Only public schools taking state dollars for construction must adhere to the Field Act, which orders tough seismic safety rules.

During public comments at the Sept. 15 meeting to discuss the project, Lopez repeatedly insisted that the project met the requirements of the city and satisfied “state and local requirements to approve the project.” Which was true only because it was labeled ministerial, rather than discretionary, a designation that nobody on the council questioned and only a few members of the public brought up.

Lopez remarked how the project was “consistent with [the] Cudahy general plan” for “coherent development in a low density residential zone” and highlighted how the height and design features would contribute to the character of the community and not increase traffic dramatically. At no point did he assure the council and the public that the former industrial site would be made environmentally safe.

Neither the Cudahy City Council members who voted yes – Blanca Lozoya, Jack Guerrero and Chris Garcia – nor Lopez, who designated the project ministerial – responded to repeated requests for comment. The city attorney who is under contract with Cudahy, Victor Ponto from the Olivarez Madruga Lemieux O’Neill law firm, also did not respond to comment requests.

Environmental activists and residents are pushing back, demanding extensive environmental review and cleanup. Late last year, after the city council approved the project, residents with Cudahy Alliance for Justice filed suit to delay construction of KIPP Pueblo Unido, and organized a fundraiser to pay for legal services to stop the developer from building without following CEQA standards.

“This [development] poses a very real threat to potential future students and teachers at KIPP Pueblo Unido, and to the Cudahy community, including children and educators at Teresa Hughes Elementary School, which is less than a block from the proposed school site, to neighbors who live across the street, and community members who use the park next to the project site,” Cossart-Daly wrote in an email to Capital & Main.

In 1989 a Cudahy elementary School was closed when petroleum sludge seeped up from the ground.  Last year an LAX-bound jet dumped fuel on another city elementary school and its students.

The potential for hazardous waste was acknowledged by KIPP’s own investigation. Last year site assessments by consultants hired by KIPP, provided to the city as part of the approval process, found within 10 feet of dirt on the site “contaminated soil and debris of waste oils, lead, and arsenic” from melting, pouring and manufacturing molten iron and steel, and arsenic levels more than 130 times the amount deemed safe for residential areas. Assessors also found elevated levels of benzene, ethylbenzene, toluene, xylenes and other toxic gases.

Although site assessors did not test for lead paint or asbestos, the report said “there is a high potential” for both in the soil. The city council apparently did not think that the presence of the acknowledged toxins, nor the potential for others, was a reason to reject the project.

In addition to the environmental concerns, some residents and teachers at a nearby school are questioning the need for any new charter school in the area. Victor Frias, a teacher at Teresa Hughes Elementary, said he’d prefer the school not be built at all, even if KIPP cleans up the site. “There’s no need for a new school, district or charter, in the neighborhood. We have five elementary schools in a 1.1 square mile radius.”

It is possible that, because of the different rules for nonstate funded charter and private school construction, that other California communities may have schools that are not built to the highest state environmental standards. Beyond adhering to CEQA and local planning codes, California schools have different rules for earthquake protection. Only public schools that take state dollars for construction must adhere to the Field Act, which mandates tough seismic safety rules.

How can residents be sure their schools are built to the highest safety standards? It is up to residents to, first, find out whether their city has done its due diligence and, if the city hasn’t, to fight back, according to Susie De Santiago, a plaintiff in the suit who was on the Planning Commission from 2013-2017 and currently on the Cudahy Parks and Recreation Commission.

“Putting it simply, the city’s planners or planning department have the discretion to decide which planning code to use and the planning commission or city council [if appealed] have the authority to approve or deny [any] building permit,” De Santiago said. She agreed with Cossart-Daly that the proposed KIPP school construction should have been labeled a discretionary project, which would not exempt it from CEQA guidelines.

Cossart-Daly said that cities around the state, large and small, tend to be intimidated by big charter companies and big developers: “Cities are afraid of being sued [by the developer]. The job of a city is to protect the people and enforce zoning laws and protect [the] environment. But what I see is cities as proponent[s] of development.”

Critics of the KIPP project say it’s an environmental justice issue, and that their area of Southeast Los Angeles is heavily industrial and polluted. In 1989 Cudahy’s Park Avenue Elementary School was closed for over a year when petroleum sludge seeped up from the ground.  The region is home to the now-shuttered Exide Technologies battery plant, which had leached lead into the soil for decades. And last January an engine problem led the pilot of an LAX-bound plane to dump a load of jet fuel to reduce weight. The fuel landed on an elementary school and students in Cudahy. “The city has not done anything about that incident,” Frias said. “That incident is a good metaphor for what we’re going through now.”

Related Topics:charter schoolsenvironmental regulationsFeaturedKIPP (Knowledge Is Power Program)
Up Next