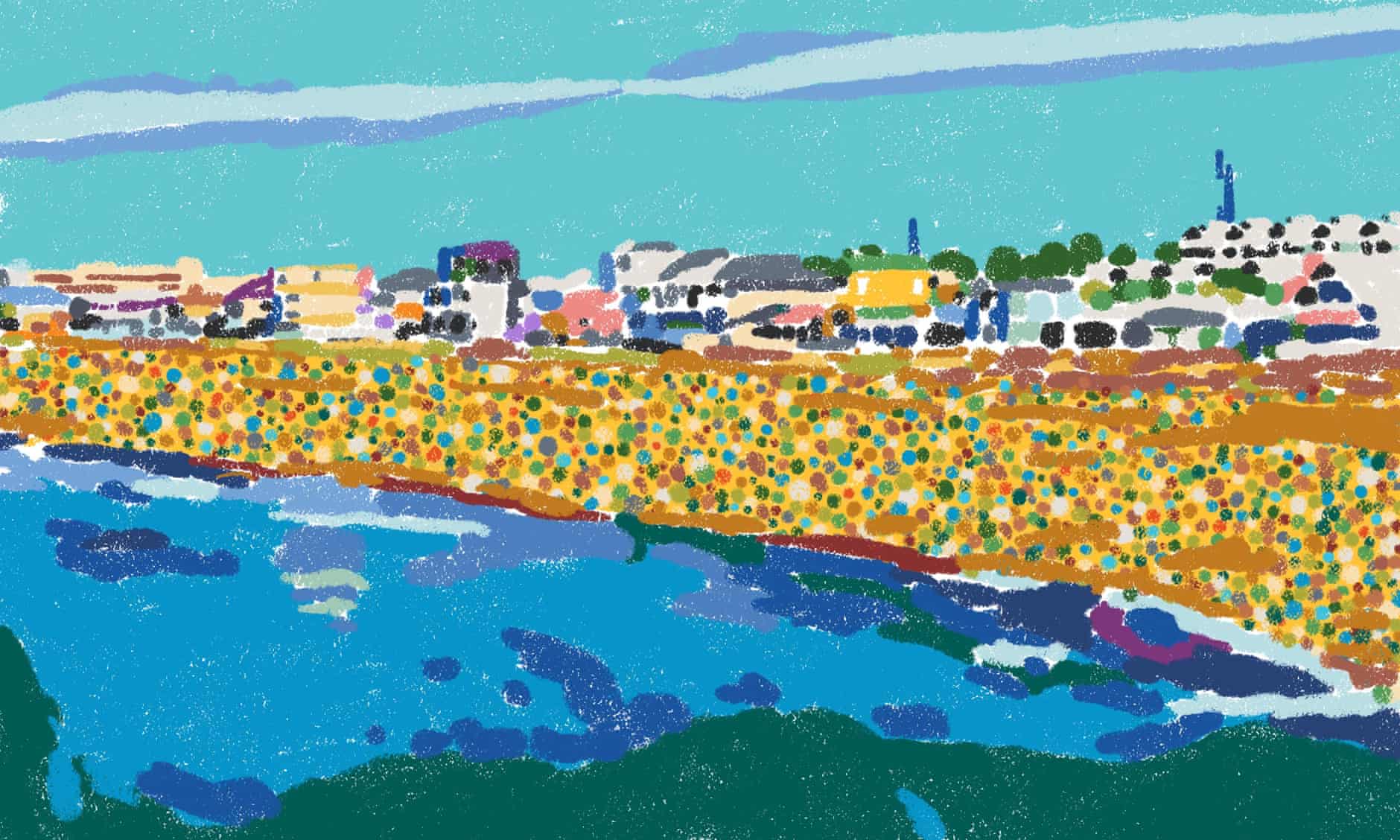 This story originally appeared in The Guardian and is republished here as part of Covering Climate Now, a global journalism collaboration strengthening coverage of the climate story.

“I used to go fishing quite a bit down in Delacroix area. Me and my buddy would go out in a flat boat,” he says. Clements remembers finding “a little spot, a little island” where he and his friend would take breaks while fishing for redfish, sheepshead, speckled trout and flounder. When they went back to the same spot a month later, the patch of land was gone. “I actually stopped fishing because it was so depressing.”

To date, the southern coast of Louisiana has lost land roughly the size of the state of Delaware from its eroding beaches and marshes. Environmentalists now fear that the coastal erosion in the state has passed the point of no return.

Clements wondered if a solution to this problem has been hiding in plain sight, concealed in New Orleans’ drinking culture. Every day, the city’s bars and restaurants produce tons of waste in the form of glass bottles, and because the city’s waste management system does not offer curbside glass recycling, most of that trash ends up in landfills, unable to decay. “It’s infuriating the amount of stupidity and waste,” says Clements. “I’m a bar owner and everybody’s having a great time and then there’s all this trash.”

A pair of Tulane students also recognized this problem and asked: could those containers be blasted to sand, transforming waste into a critical resource that could be repurposed to reinforce the state’s eroding coastline?

With this solution in mind, Franziska Trautmann and Max Steitz founded Glass Half Full, a grassroots recycling program meant to reduce waste and – hopefully, one day – help mitigate coastal erosion.

When Clements found out about Glass Half Full, he was thrilled. He regularly loads his pickup truck with 16 40-gallon trash bags of bottles and drives to Glass Half Full’s collection site to donate them.

Trautmann and Steitz first learned about similar glass recycling initiatives in Florida and New Zealand in February 2020, and “decided to try to make a dent in [the] issue” of coastal erosion in Trautmann’s home state. They started by collecting recycled glass in a backyard uptown, before raising $20,000 for the start up’s initial costs through a GoFundMe campaign, followed by an additional $65,000 a few months later.

One of the project’s aims is to remind community members that individuals are able to mitigate the compounding effects of climate change. “We always hear, ‘Oh, we can’t do anything about climate change. We can’t do anything about the environment. It’s all the big companies [and] the government. It’s up to them’,” Trautmann says. “But when you collect glass over one year, you’re like, ‘Oh shit. Individuals can do something.’ All those little things add up to something much bigger.”

Trautmann recognizes that it would take an “unimaginable number[’s]” worth of sand to restore marshland already lost, though she believes local leaders should still try, since the coast is Louisiana’s best defense against hurricanes and strong storms. Still, it is unlikely that any single effort will be successful in restoring the state’s coastline. Contractors working throughout the state have also struggled to acquire the volume of sand necessary to truly rectify the issue. “The sad part is that oftentimes the work that we do is just washed away again,” Trautmann says, due to the gradual encroachment of the Gulf.

But Glass Half Full has already been successful in just reducing waste; in their first year, the pair helped divert over 650,000lb of glass from landfills. It’s made a difference at Snake and Jake’s, where Clements realized that, every week, his 55-gallon garbage cans were mostly filled with glass bottles.

Trautmann and Steitz are still in the process of seeking city and state approval to deposit their recycled glass on New Orleans’s beaches. Trautmann is currently conducting experiments to research the glass’s toxicity, whether heavy metals are present, and whether it is at risk of leaching microplastics into Louisiana’s waterways.

If the sand is deemed safe enough for environmental use, the group hopes they can use it to restore Lincoln Beach, a historically Black beach on Lake Pontchartrain that was initially founded as an amusement park during the Jim Crow era. After desegregation, it was abandoned, and now it sits in disrepair.

During last year’s record-breaking hurricane season, Glass Half Full focused on creating tools for storm preparedness by repurposing their recycling glass into free sandbags for residents to use to protect their homes from floods.

Individual donors currently make up the bulk of those contributing used glassware to the project, but the program is expanding to accommodate residential and commercial pickups.

At their drop-off location in downtown New Orleans, volunteers help separate glass by color: clear, greens, blues and browns. Bottles are then fed through a hammer mill and smashed against a grate, turning them into tiny particles of sand. The resulting sand is then further sorted by size, ranging from a powdered consistency to larger cullets. “The finer stuff can be made into sandbags and sand. We’re looking into using the larger pieces for terrazzo flooring and other eco-construction avenues like stucco,” Trautmann says.

In the future, this undertaking may one day inspire residents like Dave Clements to start fishing again. And Trautmann hopes it will mobilize other residents to take climate action. She also dreams that one day, larger, more capable, and more powerful organizations like the army corps of engineers will take this work on, too.

“We’ve done the legwork to show you that this works,” she speculates. “Now you get to implement it and make it happen.”

How Climate Change Is Pushing Out Californians