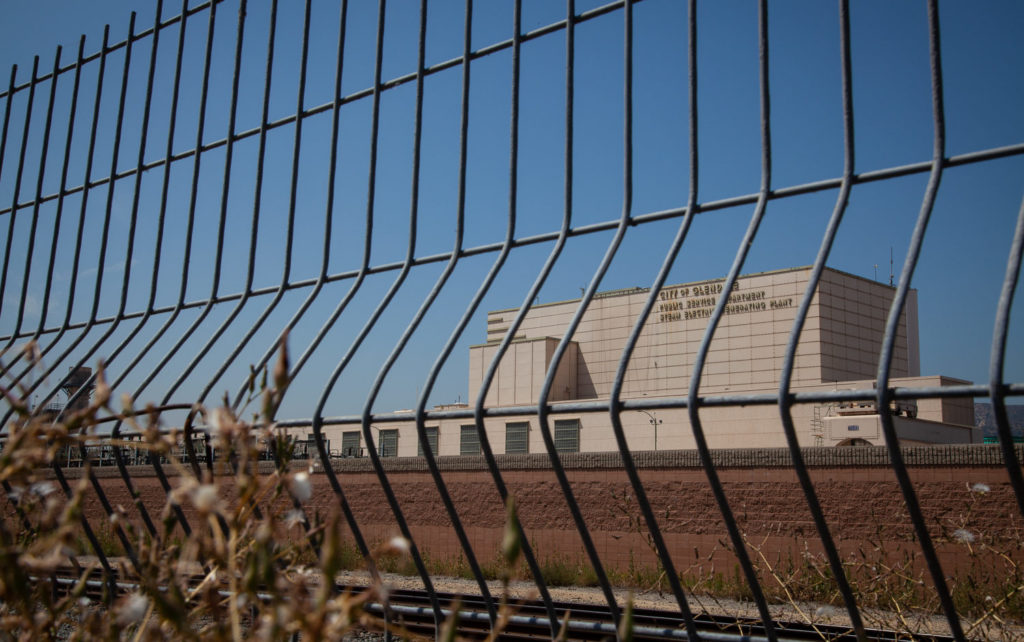 More than 300 residents and activists gathered outside city hall in Glendale, a northeast suburb of Los Angeles, earlier this month, armed with signs saying, “No New Fossil Fuel Projects” and “Last Gas(p)” to protest the proposed rebuilding of a natural gas power plant. Opponents of the project at the Grayson Power Plant, which is managed by Glendale Water and Power (GWP), say the plan to replace the facility’s aging generators with gas-powered units would lead to a “stranded asset,” an expensive white elephant unusable once the state gets all of its power from clean energy.

The protest was the latest in an ongoing campaign against new natural gas power in Glendale. But despite their efforts, on July 23, the Glendale City Council approved a plan for rebuilding Grayson that includes five combustion engines powered by natural gas.

As California starts closing the door on natural gas, many Glendale residents say they don’t want their city sticking its proverbial foot in the way. If Glendale goes ahead with replacing most of its generators with new gas-powered units, it could be the last in the state to do so, something the rally-goers said would be a bad legacy for their city.

Natural gas has long been touted as the “clean energy” alternative to coal because it emits far less carbon dioxide, a greenhouse gas. But leakage of natural gas from drilling and transmission releases methane, an element that’s much stronger than CO2 at trapping heat, according to the Union of Concerned Scientists.

In California, with a mandate of zero carbon electricity by 2045, the days of natural gas power plants are numbered. Considering how long it takes to build one, municipalities are thinking twice about spending hundreds of millions, or much more, on a gas plant that will have only two decades of use.

Earlier this year, Los Angeles Mayor Eric Garcetti pledged to scrap three aging gas-fired power plants rather than rebuild at $5 billion. Garcetti also pledged to install 3,000 megawatts of battery storage by 2035, and for all of the trucks at the port of Los Angeles to be zero emission. In 2018, sustained protests from Oxnard residents caused NRG Energy to scrap plans for a new gas plant.

And it’s not just municipalities rethinking natural gas. In June, General Electric told a California regulator that it would close down a 10-year-old Southern California natural gas plant outside of Riverside. The reason: it’s no longer economically competitive in California’s energy market.

The plan approved by the Glendale City Council also includes imported wind and solar energy, a battery storage system, and local distributed energy programs. According to the GWP, the plan will “provide a diverse, clean energy portfolio of generation, transmission, and distributed generation assets” and “enable GWP to transition to a 100 percent clean energy future.”

Opponents of the plan were encouraged that the City Council has to approve and purchase the installation of each engine, and that could take two to three years. The next step for the project is an environmental impact study, or EIR, which will also prevent immediate construction of the gas-powered engines, according to Luis Amezcua of Sierra Club.

“We got everything we were hoping for with the City Council vote,” Dan Brotman, who heads the Glendale Environmental Coalition, told Capital & Main, adding that he and other environmentalists have seen continual improvements in GWP’s proposals. “The difference between us and [the utility] has narrowed already, and we think that within a year or two they’ll come back again and admit they don’t need as much gas as they assumed.”

Gary Dorris, president of the consulting company that wrote the proposal, said the city could not generate all the energy it needed by using only clean energy sources, and that some gas-powered electricity generation would be necessary to handle spikes in demand and prevent blackouts.

But environmentalists point out that technology is changing rapidly and large-scale battery storage is becoming cheaper, which would likely make gas infrastructure obsolete by the time the rebuilding of Grayson is underway. “There will not be another new gas plant in California,” Amezcua declared. “Now, the question is, how do we retire the existing gas plants.”

Related Topics:Featurednatural gasrenewable energy
Up Next