This story first appeared in The American Prospect. Capital & Main is co-publishing it in partnership with the Prospect.

Last month, a complex government contracting decision created tumult in the farmers market world by threatening the ability of nearly 2,000 markets across the country to accept Supplemental Nutrition Assistance Program (SNAP) benefits, formerly known as food stamps. However, thanks to a resilient state program, only one of those markets was in California.

The U.S. Department of Agriculture runs a program in which private contractors provide software and Electronic Benefit Transfer (EBT) processing equipment to farmers markets. But as the Prospect reported last month, the federal government abruptly changed its contract, forcing one major software company to announce it was going out of business during prime market season. The nonprofit Farmers Market Coalition began to crowdfund for markets to buy new equipment, and the National Association of Farmers Market Nutrition Programs and the state of New York hashed out plans to fund the software company, Novo Dia, so it could continue to operate for the rest of the summer season.

Through it all, however, farmers markets in California remained almost entirely insulated from this problem. In some states, farmers markets can choose a state program instead of the federal one to help pay for SNAP/EBT processing equipment, as this equipment can be expensive for farmers markets that often operate on slim budgets. While some states with their own equipment programs provide a limited amount of funding, California’s program pays all associated costs and fees for such transactions and provides free equipment to all approved markets. Nearly all of the state’s markets choose to work with the state program, which is run by the California Department of Social Services (CDSS). 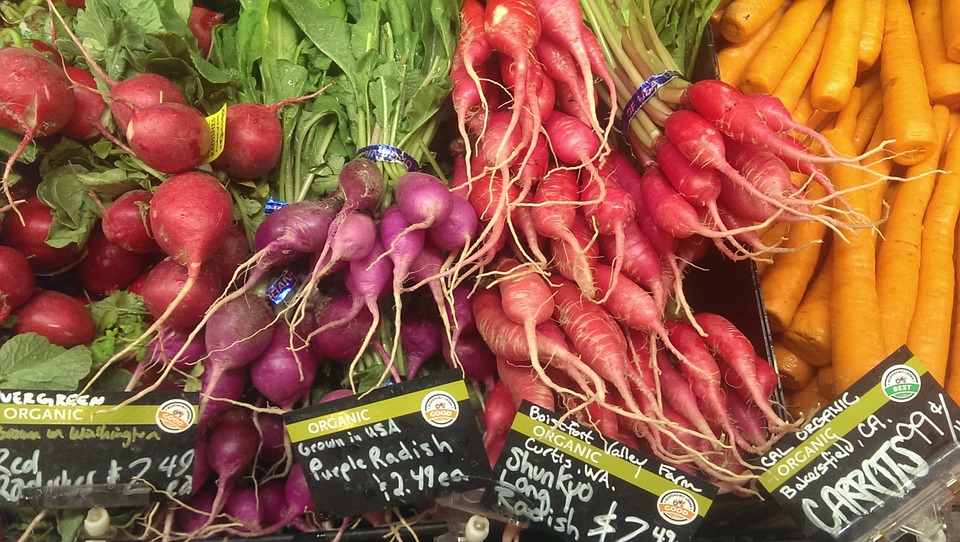 Ever since EBT gained popularity two decades ago, California has been committed to making farmers markets accessible to people who use SNAP benefits to buy groceries, says Carle Brinkman, the food and farming program director at the Ecology Center, a sustainability nonprofit in Berkeley. In 2003, as paper food stamps were becoming obsolete in favor of EBT software, CDSS funded a project with the Ecology Center to pilot wireless point-of-sale devices that helped cement SNAP/EBT access at farmers markets. Since 2008, California has negotiated with its statewide EBT-processing vendor to include such equipment in the vendor contract itself.

“This mean[s] that the individual farmers market vendors or managers [do] not have to research which terminal to purchase, worry about coming up with the money for the terminal, or have to learn how to set it up on their own,” Michael Weston, CDSS’s deputy director of public affairs and outreach, told The American Prospect in an email. “The free wireless terminals have supported the farmers markets and direct farmers and have proven to be a real success in California,” he says.

There are 588 farmers markets, individual farmers and community-supported agriculture projects that accept California’s SNAP benefit, CalFresh. In 2017 alone, more than $4 million in CalFresh benefits were redeemed through farmers and farmers markets.

The free equipment, says Brinkman, is just a “regular old card reader” that she and colleagues refer to as “the brick” because of its clunkiness and its durability. Brinkman and the Ecology Center provide guidance and resources to farmers markets, such as assistance in applying for approval to accept SNAP, as well as connecting them with CDSS’s equipment program.

A history of crop subsidies for the ingredients in processed food has long made unhealthy foods both cheap and widely available, and food deserts and food swamps have limited poor people’s access to fresh produce. Allowing SNAP use at markets is key to ensuring that markets are accessible to low-income people and are not bastions of the rich and well-off suburbanites, as is commonly perceived.

California’s state equipment program “has been incredibly successful in taking a major step to make sure that farmers markets are for all people,” says Brinkman. Many markets nationwide, including hundreds in California, offer incentive programs that can double the value of a shopper’s SNAP benefit at the market, increasing the amount of produce they can put in their shopping bags. California’s Market Match program, which the Ecology Center manages, has served hundreds of thousands of shoppers since it began in 2009. According to a 2013 survey, the vast majority of low-income people reported that such incentive programs helped draw them to their farmers market. Brinkman says that these programs are one way to draw farmers markets to low-income communities, too.

California’s program is “allowing greater access to the farmers markets as a community resource,” says Brinkman. Entire communities can participate in “a sort of alternative local food system” where both farmers and the local community benefit. Many markets offer activities, Brinkman points out, like Zumba or reading programs for kids. More than a collection of healthy food stands, they can become community gathering spaces. But for that to happen, markets need to be supported with the resources to operate.