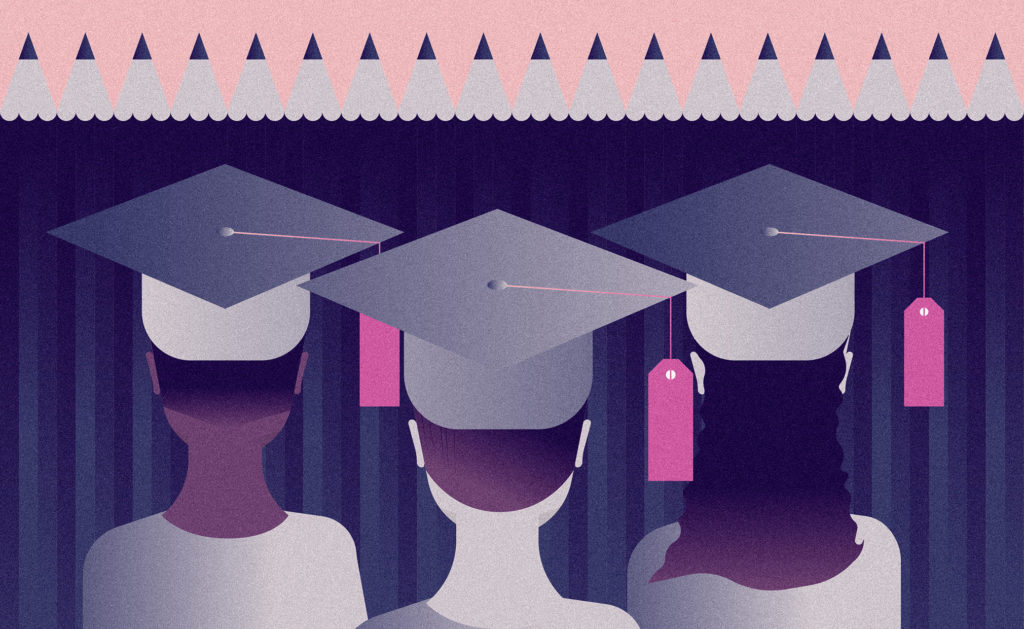 For an increasing number of education and political leaders, bringing debt-free higher education back to California is long overdue.

When Bernie Sanders, and then Hillary Clinton, made debt-free higher education a byword of the 2016 presidential race, University of California graduates like retired Los Angeles anesthesiologist Steve Auer unexpectedly found themselves the poster children for a time when free college tuition was the norm in California, rather than the radical proposition it seems today.

“Education was nearly free,” the 75-year-old Auer recalls in a phone interview with Capital & Main. “Tuition, of course, was nominal, was just almost nothing. That was the reality of that magical period that I was fortunate enough to grow up under and get my education.”

In the 1960s, the state picked up the tuition for residents attending California’s public universities and colleges. Auer was merely charged, according to the 1963-64 UC Berkeley catalogue, $75 per semester for “services other than teaching facilities.” But even that “incidental fee” (roughly $600 in 2017 dollars) didn’t derail his education when the then-21-year-old suddenly left home after a falling out with his “Eastern European control freak” immigrant father.

“I rented a room in a house that four other guys were already renting,” he remembers. “I had a couple of part-time jobs. I basically scraped by. But it was adequate to get through college with those. No borrowed money at all.”

Today a year at a UC, including living expenses, costs $34,000. At a state university

Graduating with a degree in chemistry, Auer went on to get a tuition-free medical degree from UC San Francisco and, on receiving his medical license, immediately entered the economy by buying a home, raising a family and enjoying a level of prosperity that was then still synonymous with the California Dream.

But Golden State tuitions have skyrocketed since former Republican Governor George Deukmejian officially pulled the plug on free tuition in 1984. The incidental fees of Auer’s generation have morphed into today’s $34,000 sticker price (including living expenses) for a year at a UC. At a California State University (CSU), the price tag is $25,060. To help pay for it, California families will resort to a patchwork of Cal Grants, federal Pell Grants, university grants and Middle Class Scholarships. Borrowing will fill in the gaps.

For an increasing number of education and political leaders, bringing debt-free higher education back to California is long overdue. In 2015 alone, over half of UC and CSU seniors graduated with a staggering $1.3 billion debt load. Since 2004, California’s public university students have collectively racked up student debt in excess of $12 billion. That liability has been a catastrophe, according to UC San Francisco medical professor Stanton Glantz, president of the Council of University of California Faculty Associations.

“Even if you take a fairly conservative approach, it’s had huge negative effects on the California economy,” he explains in a phone interview, “because people who graduate with this ridiculous amount of debt have to delay starting families, starting businesses, and it just becomes a weight on the whole economy. … The same people, if you look at the state as a whole, are going to end up paying for higher ed. It’s just, [with free tuition] you give it to everybody, and then the society recoups the costs over the long run by creating more wealth, [rather than] what we’re doing now, which is where you take the people who are actually getting educated and saddle them with [the cost].”

For the first time in 30 years, however, the higher education tide may finally be turning in Californians’ favor. In March, Assemblymember Kevin McCarty (D-Sacramento) unveiled an ambitious proposal for a $1.6 billion-per-year “Degrees Not Debt” scholarship program, aimed at eliminating the need for nearly 400,000 UC and CSU students to take out loans to finance their living expenses. The plan also included a proposal by Assemblyman Miguel Santiago (D-Los Angeles) to make the first year of California Community Colleges (CCC) tuition-free for all full-time students.

Ultimately, McCarty’s measure failed to make it into the July budget. A separate bill by Assemblymember Susan Talamantes Eggman (D-Stockton) that would have funded free tuition for community colleges, CSU and UC for California residents died in committee. Santiago’s free-first-year community college bill, Assembly Bill 19, eventually made it to the the governor’s desk, though whether Jerry Brown will sign it is still unclear. For their part, McCarty and Eggman have vowed to press on. “We were able to get tuition-free higher education on California’s agenda, and push the threshold of what we, as policymakers, think is possible,” Eggman said by email. “But there is more work to be done to convince policy makers that this is a critical investment in our future that we must make — and to foster the political will to get it done.”

The argument that a university degree benefits both the graduate and society has been made repeatedly over the years. For the college graduate, it means significantly increased lifetime earnings; for the state, increased tax revenue and reduced costs for social welfare programs and incarceration. A 2012 study by UC Berkeley’s Institute for the Study of Societal Issues estimated that ongoing returns to the state from UC and CSU graduates averaged $12 billion annually, “well above the general fund expenditures for the UC, CSU and CCC systems combined.”

College tuitions are “a gigantic problem that is eminently solvable

if the political will is there to do it.”

Since 2005, however, the Public Policy Institute of California (PPIC) has been sounding the alarm that the state isn’t producing enough bachelor’s degrees to drive its own economy. The PPIC routinely points out that California’s degree gap threatens economic growth and is a significant factor in the income inequality that has already arrested economic mobility in the U.S.

Far more dire is the Frankenstein threat posed by what is being called “the Fourth Industrial Revolution.” Last year, a World Economic Forum report estimated that 47 percent of all U.S. jobs are at risk from automation and artificial intelligence. A robotized workforce, economists predict, will hollow out an already battered middle class, and its expected collateral damage has ironically led even Silicon Valley cyber-billionaires like Mark Zuckerberg and Elon Musk to warn that “some kind of universal basic income is going to be necessary.” The evidence suggests that those without any postsecondary education will be among the hardest hit.

How California went from tuition-free to tuitions that can now cost middle-income families thousands of dollars over that of Harvard College or Yale can be chalked up to Arnold Schwarzenegger and the state’s failed experiment in privatization.

“He came in as a straight, dyed-in-the-blue, or red I guess, free market, Milton Friedman conservative,” quips Glantz, who chaired the budget committee for the UC system at that time. “His view was that going to college was a good [personal] investment. If you went to college, you made more money. And if [people] aren’t willing to spend the money or borrow the money, then that means they don’t want to get educated that much, so why are we distorting things by having the taxpayer subsidize it?”

Although Sacramento’s attempts to fix the cost of higher education are over for this legislative session, Glantz thinks the momentum will carry over into next year’s gubernatorial race. To that end, he has made sure that all of the 2018 Democratic gubernatorial candidates have a copy of The $48 Fix, the debt-free college blueprint authored by the Reclaim CA Higher Education coalition, his working group of state university faculty and labor leaders. With a funding mechanism hinted at in its title, the plan lays out a path not only for debt-free college, but for restoring California’s three-tier system of colleges and universities as both the public good and the robust economic engine envisioned by the state’s landmark 1960 Master Plan for Higher Education.

“We basically show that you could restore quality and fund all the people who’ve been shoved out of the system and [restore] access if you were to do an income tax surcharge [of] $4 a month for median households [earning $64,500 annually],” he explains. “This is a gigantic problem that is eminently solvable if the political will is there to do it.”

“I think,” adds Glantz, “if you went to the typical family and said, ‘Would you be willing to pay a little bit more in taxes so that you wouldn’t have to worry about this for your kids and your grandchildren and your friends, and the kids you don’t have yet, and all that?’ — most people would say, ‘Yes.’”

[Note: A previous version of this article erroneously stated that AB 19 had failed to make it into the budget.]