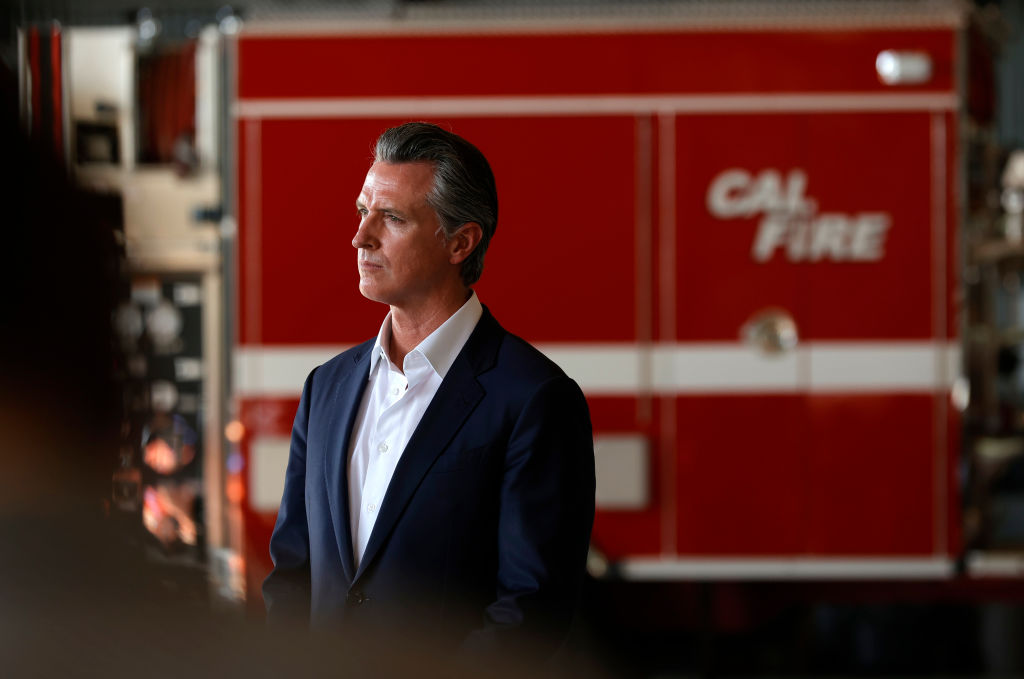 Climate hawks in California’s Legislature are taking up Gov. Gavin Newsom’s proposals to accelerate the state’s emissions reduction targets, protect communities from poisonous oil and gas wells and build out enough renewable energy to completely wean the state off fossil fuel electricity by 2045.

The last-minute push comes after both the governor and legislative leadership recognized that the state had fallen behind on its goals over the last few years, legislators say. With the session ending next week, negotiations are coming down to the wire, as a major part of the governor’s legacy on climate and environmental justice hangs in the balance.

A version of the package is likely to pass, though the details are far from settled. Lawmakers are pushing broad measures in the hopes they’ll make it into the final version. At least one bill proposing to ban some oil wells near homes already faces steep opposition.

Legislators who are participating in this process told Capital & Main that discussions are taking place at the highest levels between Speaker of the Assembly Anthony Rendon (D-Lakewood), Senate President Pro Tempore Toni Atkins (D-San Diego) and the governor about which parts of the climate package to prioritize.

Three other legislators — Sen. Scott Wiener (D-San Francisco), Sen. Nancy Skinner (D-Berkeley) and Sen. Henry Stern (D-San Fernando Valley) — are reported to be part of this process but would not confirm their participation. Other members of the Senate Working Climate Group, which worked on several bills addressing climate change earlier this year, are also reportedly participating.

Lobbying groups opposed to climate measures, such as the Western States Petroleum Association and the California Chamber of Commerce, are phoning lawmakers in an attempt to derail the effort.

Discussions are extremely fluid — one main sticking point remains whether California will reopen the Diablo Canyon nuclear power plant in San Luis Obispo County, said Sen. Laird, whose district is home to the plant. He is the lead author of a bill, SB 1020, mandating that the state procure 90% of its electricity from renewables by 2035 and entirely a decade later, and adjust regulations to meet this goal.

The governor wants to keep the plant open, despite its planned shutdown and environmental risks, as a backup source of emissions-free electricity. Laird sees his bill — whose language mirrors the governor’s proposal on renewable energy — as providing a boost to nonnuclear renewable power like wind and solar. He says that certain conditions should be in place if legislators wind up agreeing to keep the plant open.

“Whether [the plant] continues or not, one reason [Newsom] is proposing to do it is that renewables haven’t come online quick enough, and we really need to make sure we quickly start that,” Laird told Capital & Main.

Another proposal directs the state to set goals for sequestering carbon dioxide from the atmosphere. It includes sequestration targets for engineered carbon removal (in which machines or chemical processes suck it out of the air), point source capture technology that traps pollution from refineries before it gets released, and preservation of landscapes such as forests that naturally sequester carbon.

A bill to naturally sequester carbon stalled this summer, but several others to do it mechanically are still active. Caballero, Skinner and Limón have all authored sequestration bills that are part of the ongoing discussions.

The oil and gas industry backed Caballero’s bill, SB 1101, but opposed the other two (SB 905, SB 1314) for limits they imposed on enhanced oil recovery, a process in which companies turn captured carbon into liquid and use it to pump out more oil from the ground. Most captured carbon is currently used for this purpose.

Any of the bills might get prioritized, or none of them. Another active piece of legislation, AB 1395, authored by Muratsuchi, also prohibits enhanced oil recovery, in addition to setting a carbon neutrality mandate by 2045 — a key priority for the governor. A separate measure to boost emissions cuts by 2030, AB 2133, was passed Thursday.

Black, Latino and low income Californians bear the brunt of harms from residential oil and gas drilling, which is associated with an array of health problems.

Limón said she’s not sure whether her bill will be part of the final package.

“I don’t think it will be voted on until we understand what the broader package is going to be, and likely not until the last week of session, which is next week,” she told Capital & Main.

Limón is also working with Gonzalez to author a new bill that mandates a half-mile buffer zone between oil and gas wells and homes, schools, day care centers and health care centers. It reflects a longtime priority of environmental justice advocates, who’ve tried and failed for years to get the health measure passed in the legislature.

Black, Latino and low income Californians bear the brunt of harms from residential drilling, which is associated with an array of health problems.

Advocates celebrated when Newsom revealed his proposal last week to not only prohibit new wells in the health zone, but also “reworks” of existing wells that aren’t active, a loophole in earlier drafts of the proposed health rule. Operators would have to certify that there are no sensitive sites when applying to drill new or reworked wells.

The bill, SB 1137, directs operators with wells currently producing in those zones to put together a leak detection and response plan, as well as report to the state whether any homes, schools or other sensitive sites are in the zone. The information would be compiled in an inventory and made public.

The bill also contains a provision requiring companies to put up a bond covering the cost of plugging and decommissioning their new wells.

Gonzalez said ensuring its passage would be a heavy lift. Unified opposition from the oil and gas industry, business groups and unions with the Building Trades crushed similar legislation twice before.

But she hopes support from the governor and legislative leadership can help push it through this time, especially if labor groups decide not to oppose it.

“I think if the administration can get this coalition to say yes to something, then I think [the setbacks bill] is a sort of compromise to provide other pillars for our labor partners to hang their hat on and see the vision for what a clean tomorrow looks like,” Gonzalez said.