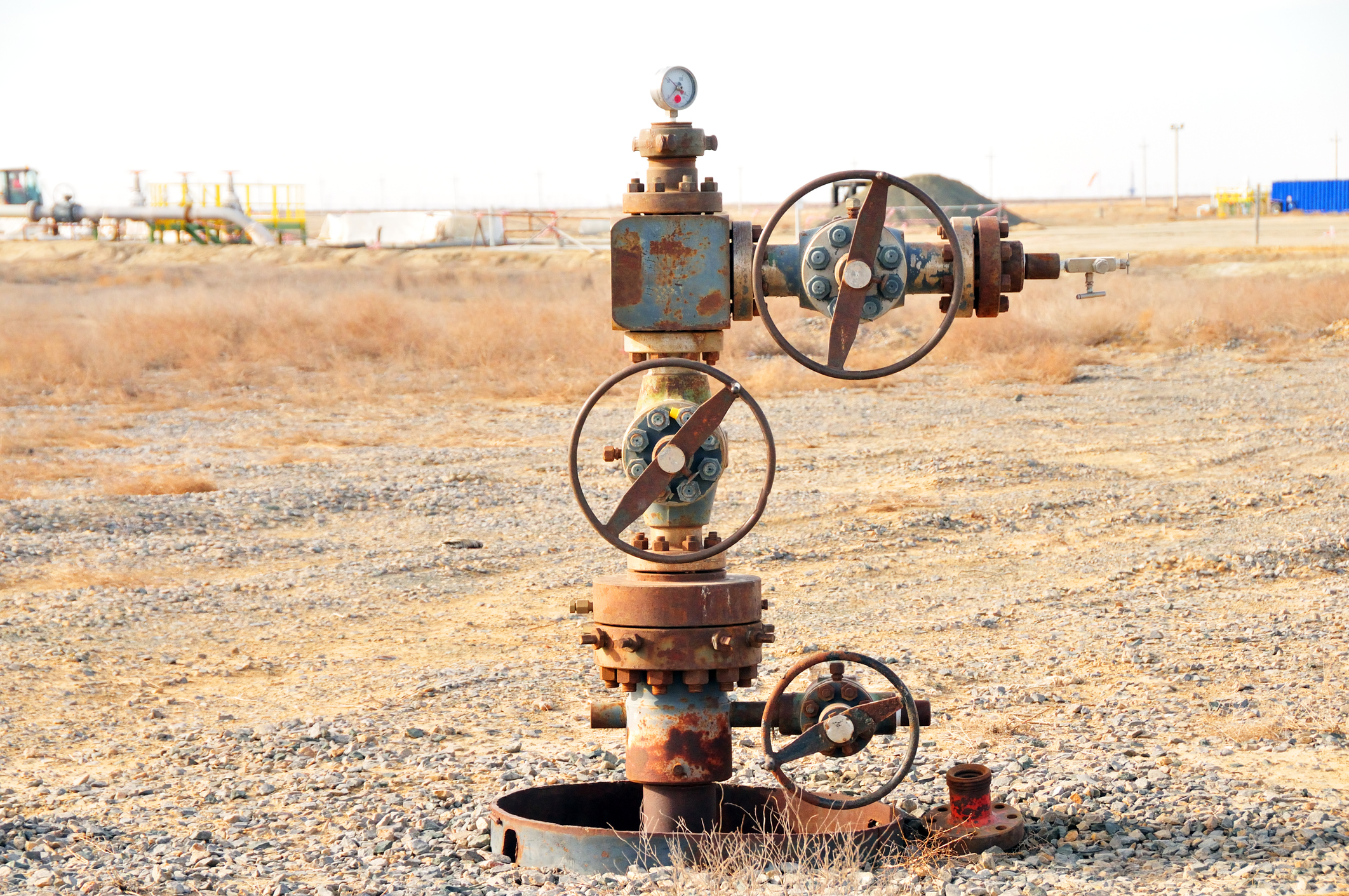 But a loophole in the rules could still put hundreds of communities at risk from new wells — even if the state doesn’t consider them new.

The rules currently under consideration define a new well as “a new boring that involves installation of surface casing where none existed previously.” This wouldn’t exclude operators from restarting idled wells across the state, even if they sit within the 3,200-foot setback zone. In some cases, the wells might be so old that few residents living near them can recall a time when they were active.

About an hour’s drive east of San Francisco, in Contra Costa County between the cities of Antioch and Brentwood, an old oil well pad that was active at the end of the last century is now in production again thanks to directional drilling, a newer technique in which wells can suck up oil horizontally as well as vertically. There are far more homes and other developments nearby than there were a half century ago.

The California Geologic Energy Management Division (CalGEM) permitted an oil venture to revive the well pad at a large ranch in the area by installing new directional wells. The venture, co-owned by the company Reabold California and wildcatter Bob Nunn, has three wells producing about 300 barrels of oil everyday and an equal amount of wastewater that comes up with oil. Once pumped, equipment at the site separates oil and gas from water.

Nunn, who has a substantial local presence and has drilled in the region for 30 years, said the field’s original operators had left behind about 40% of its recoverable oil. Last year, he and his partners also applied to repurpose a plugged and abandoned gas well into an injection well to dispose of produced wastewater far below the Earth’s surface; it’s still undergoing review by CalGEM.

The wells have raised concerns about health and safety among residents, and a local environmental group, Sunflower Alliance, claims they lie within half a mile of homes, a hospital and a high school, in addition to several proposed residential developments.

“Any operator proposing to reactivate an idle well within the 3,200 area would be required to install vapor recovery systems and other mitigations to protect those who work and live in the well’s vicinity.”

One of Sunflower Alliance’s members, Charles Davidson, used an Aeris Mira Pico Mobile Leak Detection System to detect elevated levels of methane and ethane emanating from the well site, in addition to toxic volatile organic compounds. Investigators with the Bay Area Air Quality Management District detected “fugitive leaks” but said they didn’t exceed limits set by regulations, although it issued a notice of violation because the operator was pumping oil without a BAAQMD permit.

Ethane is a greenhouse gas but dissipates within months in the atmosphere, while methane is an extremely potent global warming gas with a 12-year atmospheric lifespan.

In his defense, Nunn said regulatory agencies have allowed oil drilling to continue, and he argues that oil produced in California is better for the environment and the transition away from fossil fuels than imported oil — though oil produced from the Brentwood field had a carbon intensity value greater than much of the oil imported to the state. He acknowledges the well pad is near homes but denies that it is having a negative impact on residents.

CalGEM determined that both the new, oil-producing wells and the repurposed well for injecting wastewater were exempt from environmental reviews that could have evaluated impacts to air quality. Sunflower Alliance is suing both CalGEM and the well operator, arguing that the wells should have undergone these reviews. “Any operator proposing to reactivate an idle well within the 3,200 area would be required to install vapor recovery systems and other mitigations to protect those who work and live in the well’s vicinity,” says a spokesperson for CalGEM.

But the bigger implication, which likely won’t be argued in court, is that idled wells and well pads may well be revived across the state in the future — just as California is finalizing a 3,200-foot setback on new drills and pushing a broader transition away from fossil fuels.

Shoshana Wechsler, an activist with Sunflower Alliance, calls them “zombie wells” because they come back online with little review or public notice. She fears other idled wells in the Brentwood Oil Field could be revived in the future.

CalGEM’s proposed setback rule “just leaves the back door open to a massive reworking of old wells,” Wechsler said. “The standard is to give with one hand and take away from the other.”

CalGEM doesn’t appear to specifically track the number of idled wells situated near sensitive receptors, such as homes and schools, nor how many of them have been or have the potential to be reactivated. A 2018 report commissioned by the division found 5,540 wells that were orphaned or had the potential to become so in the near future, and there could be tens of thousands more idled wells depending on how you count them.

According to an analysis from FracTracker, which used data available on CalGEM’s website, there are 12,491 idled wells statewide that sit within the 3,200-foot setback zone. Over 3,000 are in Los Angeles County alone, while there are 2,831 in Kern County and more than 800 each in Orange and Ventura counties; Contra Costa County has 15.

While Nunn says he has no plans to revive other wells in the Brentwood area, he says oil operators in the state reactivate old wells “all the time.” Many remain operational but are abandoned because of a drop in the price of oil or gas, ready to come back to life when the oil or gas is profitable again.

“It’s literally as easy as throwing on a switch,” Nunn said, “as long as all the down hole mechanics are still in place.” If the well has been idled for a long time, CalGEM could issue certain requirements, such as reinforcing cement around the casing, but a full environmental review might be less likely.

“An agency that takes its responsibilities seriously to the public and the environment would do a fresh environmental review for what is, for all intents and purposes, a new well and a new project.”

Yet older casings also have a greater potential to fail, according to Kyle Ferrar, Western program coordinator for the FracTracker Alliance, who studies the socioeconomic geography of wells in California.

“Aging well sites that have been around for a long time have a much higher rate of casing failures and elevated level of groundwater contamination than if you plug them,” he said.

Nunn says that the idled well he is trying to turn into an injection well for produced wastewater will require him to alter the well’s downhole configuration, since liquid is now being pumped down instead of up. The water would be pumped down to 4,000 feet below the surface, far below shallow groundwater reserves — though injection is linked to groundwater contamination.

In a project approval letter for the injection well, CalGEM said the original well had been approved prior to the passage of California’s 50-year-old environmental law and therefore qualified for an exemption. Sunflower Alliance rejected this finding in court, arguing that the injection well counted as a “new use, requiring new permits,” and should have undergone review.

The operators intend to inject wastewater into an aquifer formation underneath the Mokelumne River, for which the well’s original operator received a pollution exemption from the federal EPA in 1982.

“An agency that takes its responsibilities seriously to the public and the environment would do a fresh environmental review for what is, for all intents and purposes, a new well and a new project,” said Hollin Kretzmann, senior attorney with the Center for Biological Diversity, which isn’t involved in the lawsuit.

And if CalGEM continues rubber stamping idled wells repurposed as new wells even if they’re within 3,200 feet of sensitive receptors, it would hand oil operators a “major loophole,” says Ferrar.

“It would present an opportunity to be taking advantage of the rules by redrilling wells.”

Related Topics:CalGemFeaturedoil and gas industry
Up Next