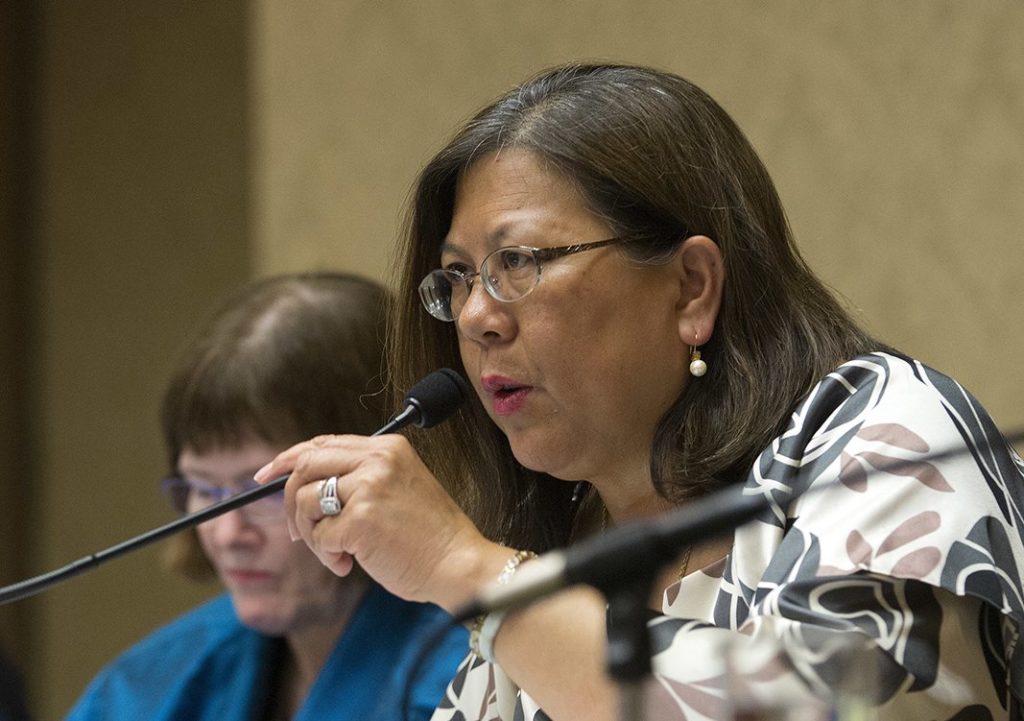 As the CFO of the country’s most populous state and the world’s sixth-largest economy, Betty Yee has a keen interest in any tax proposal coming out of Washington, D.C. So it didn’t take long for California’s controller to issue a response to Donald Trump’s tax plan, which she characterized as “a tool to play partisan politics” that will “exacerbate our nation’s pervasive inequality.” Capital & Main spoke to Yee and asked her to amplify on her concerns about Trump’s proposal.

Capital & Main: There’s a lot that we still don’t know, but can you lay out the most important changes?

Betty Yee: First, I would not call this tax reform. His plan has various provisions that benefit certain taxpayers, but it certainly doesn’t provide broad-based benefits. It eliminates the death tax but doesn’t do much with respect to middle-class tax relief. It repeals the alternative minimum tax – that’s a gift to state taxpayers who still have a liability after taking advantage of all the special tax treatments that they’re entitled to. It reduces the top marginal income tax rates. It seems to be heavily favored towards the wealthy, but there’s not much with respect to middle-class and lower-income taxpayers.

So how do you define the difference between tax reform and tax cuts?

BY: One of the tenets of tax reform is that you look at how to broaden the base and reduce rates. That’s a starting point for any conversation. I don’t see that here. Whether it involves simplifying the system or trying to incentivize economic activity, there’s a bigger purpose with tax reform than just targeting specific types of taxpayers with benefits. You’re looking at the overall system, not just providing windfalls.

There’s a lot in this proposal that is left unanswered. What will you be paying attention to in the weeks to come?

BY: We need to see who truly benefits. Look at the proposal to double the standard deductions, for example. Is that really a tax cut for everyone, or just limited to some? How is the plan going to help small businesses? The details will give us a better sense of just how broad-based these proposals are going to be. What we’ve seen so far suggests that it could be like the tax cuts under President George W. Bush, and not a real reform of the tax code. What we see are some pet provisions that would be revised to accrue benefits to the wealthy.

It seems to be heavily favored towards the wealthy, but there’s not much with respect to middle-class and lower-income taxpayers.

Are there particular concerns that you have in terms of how the tax proposal would affect Californians specifically?

BY: One of the biggest problems that we’re already pushing back against is the proposal to repeal what is called the state and local taxes deductible. For high income-tax states like California, this repeal would have a dramatic effect on our economy and people’s purchasing power. It would increase the burden on so many Americans who have limited incomes. We love this state, but it’s a high-cost state, so anything that exacerbates affordability for Californians will be a tremendous issue.

In 2015, you pulled together a group of experts to study the problems of California’s tax system and propose avenues for reform. Where do things stand now in your efforts to encourage comprehensive tax reform?

BY: For now I’ve put that effort on hold until we know more about the federal proposal, because I don’t want to get out too far ahead. In California, we have an outdated tax system, the structure of which I don’t believe really does the job of encouraging economic development and sustaining economic growth. We have a very progressive tax system, and so anything at the federal level that would look to impair top income tax rates or benefit the wealthy will just exacerbate the volatility. The more the rich make, the more we will get in revenue, but it makes the system all the more volatile. And so we have to figure out a better way to manage the volatility.

I haven’t seen anything yet about how they’re going to pay for their tax proposal.

BY: It’s incomplete. And it’s not just the tax proposal, but how it will be paid for, that could have an impact on programmatic funding. It will diminish the purchasing power of those at the lowest end of the income spectrum and could lead to reduction in the services they receive from the government. Those are the people who will be disproportionately hurt.

The Electric Road to Zero Emissions Hits a Gas Pocket