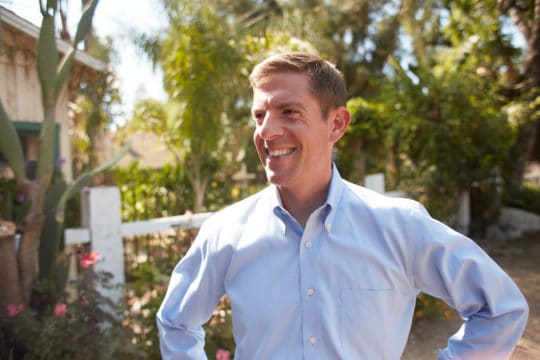 Was the victory of Democrat Mike Levin in the 49th Congressional District race a decisive one? It seems so. Levin’s roughly seven point victory over Republican Diane Harkey might make newcomers to the district – running from southern Orange County down the coast to northern San Diego – wonder how Republicans have dominated that stretch of California for so long.

Demographic shifts explain part of what happened. Educated high-tech workers have moved into the area, and Levin targeted Latinos and women in this “year of the woman.” Levin was also blessed with a weak opponent plagued by her husband’s financial scandals.

But perhaps something beyond political math was also taking place. Decades ago political scientist Walter Dean Burnham worried that American political parties had deteriorated to such an extent that they could not deal with critical national and international issues. Burnham lamented the decline in voting participation, particularly among the lower classes, and trained his analytical eye on “realignment” elections that led to durable shifts in political coalitions and public policy. The results in the 49th district could be such a realignment where a general political crisis can force a breakthrough and renewal.

One sign of how much has changed in the 49th is that Levin brought Bernie Sanders to campaign with him in the final week of the campaign, a risk in what most political observers regard as a “centrist” district. Sander’s message denouncing the state of our health care system and the cost of higher education is neither scary nor politically costly when it resonates with the realities of so many people’s lives.

Harkey ended her dispirited campaign by attempting to distance herself from Trump’s personality but supporting him on “substance,” meaning the “booming” economy she said he created.

For many voters, the “substance” now is their aesthetic and existential disgust at how President Trump is attempting to re-create our country.

The current battle may lead to the rebuilding of a political force on the progressive side that is able to fight more effectively by forging broader, more sustainable coalitions. That rebuilding is certainly under way in the 49th Congressional District.