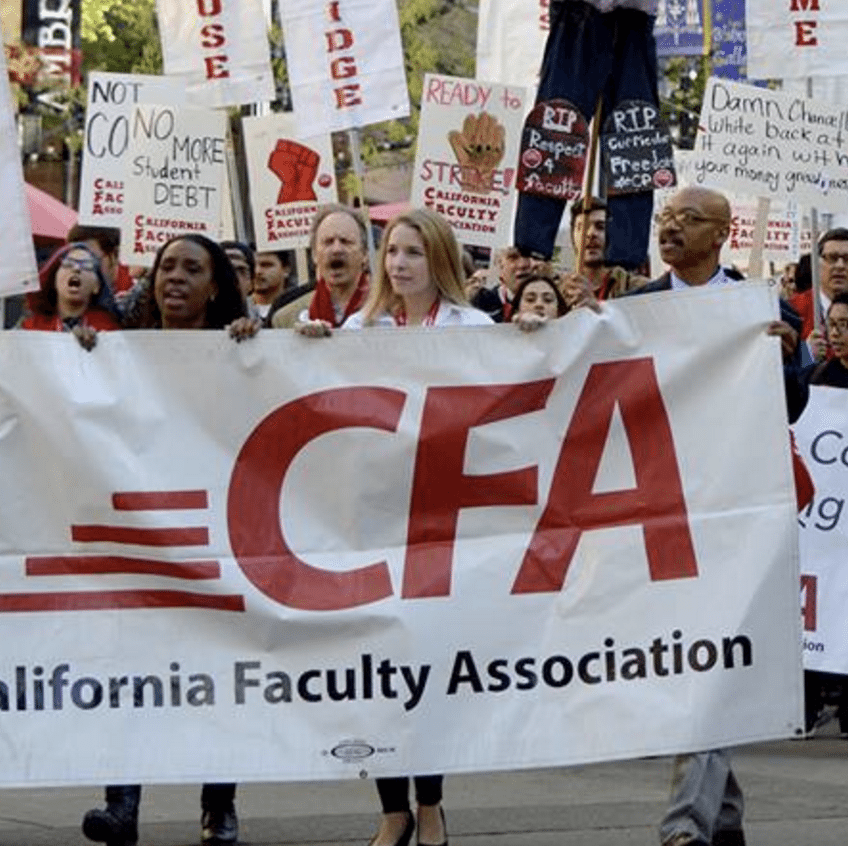 This afternoon both sides currently engaged in contract talks announced a tentative accord that will postpone a threatened strike by the 26,000-member California Faculty Association. Today’s press release said that a formal announcement will be made tomorrow, Friday, at 10 a.m. by California State University Chancellor Timothy P. White and CFA President Jennifer Eagan. The agreement must eventually be ratified by the CFA’s board of directors, followed by the union’s rank and file.

Late last night Capital & Main reported details of the results of an independent fact-finder, who said the university system could and should accept the five percent wage raise proposed by the union. Over the 11-month contract negotiations, management had stated the 23-campus system could only afford to offer a two percent pay hike.

(Disclosure: CFA is a financial supporter of Capital & Main.)