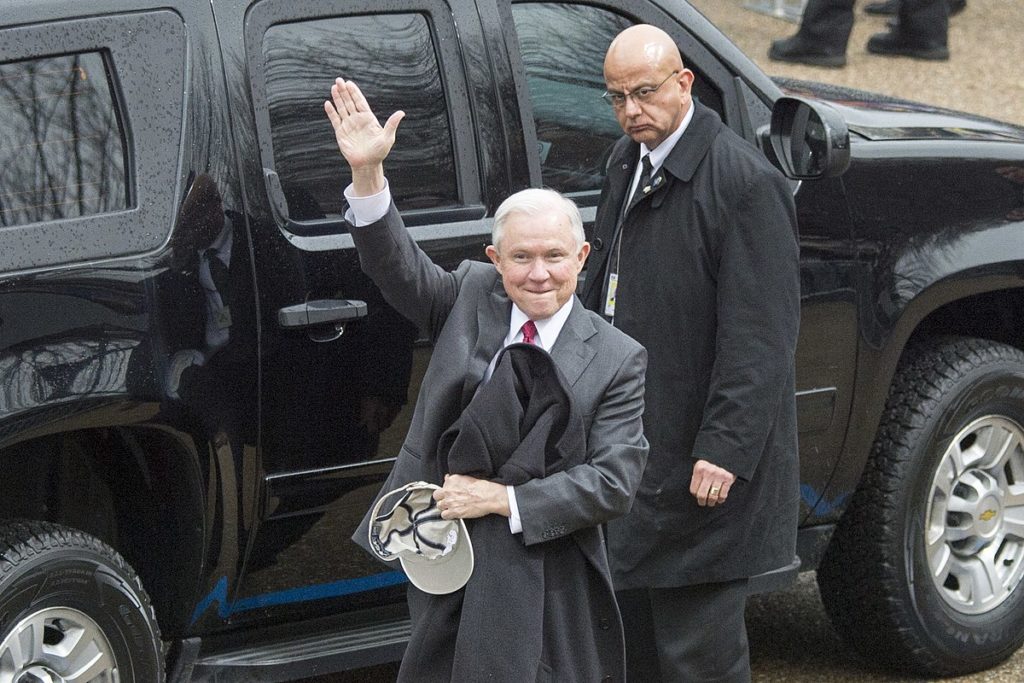 The Trump administration’s immigration crackdown appears to be crowding out other law enforcement priorities, according to a new analysis of Justice Department data.

A study released Monday by Syracuse University researchers showed that federal immigration prosecutions in June comprised 94 percent of all cases in the five U.S. Attorney districts along the southwest border. That is up from 86 percent in March. The report noted that federal officials in those border areas are moving forward with more prosecutions that are being referred by the Customs and Border Protection. In June, prosecutors moved forward with more than 11,000 of those cases – up 74 percent since March.

The spike in immigration prosecutions comes only a few months after Justice Department data showed that the Trump administration has overseen a 20-year low in white-collar criminal prosecutions. (See graph below.) Syracuse researchers noted that the immigration focus appears to have come at the expense of prosecutions in other areas that U.S. Attorneys oversee.

“Federal prosecutors are responsible for enforcing a wide range of important federal laws – designed to combat narcotics trafficking and weapons offenses, battle those polluting air and water, counter corporate and other schemes to defraud the public, and much more,” they reported. “Unless crimes are suddenly less prevalent in the districts along the southwest border, the odds of being prosecuted for many federal offenses have declined.”

The simultaneous increase in immigration prosecutions and decline in white-collar crime prosecutions followed Attorney General Jeff Sessions’ April 2018 announcement of a “zero-tolerance policy” and his demand that U.S. Attorneys focus on immigration.

“To those who wish to challenge the Trump administration’s commitment to public safety, national security, and the rule of law, I warn you: Illegally entering this country will not be rewarded, but will instead be met with the full prosecutorial powers of the Department of Justice,” Sessions declared. “To the department’s prosecutors, I urge you: Promoting and enforcing the rule of law is vital to protecting a nation, its borders, and its citizens. You play a critical part in fulfilling these goals, and I thank you for your continued efforts in seeing to it that our laws—and as a result, our nation—are respected.”

How Immigration Activists Got ICE Out of a County Jail