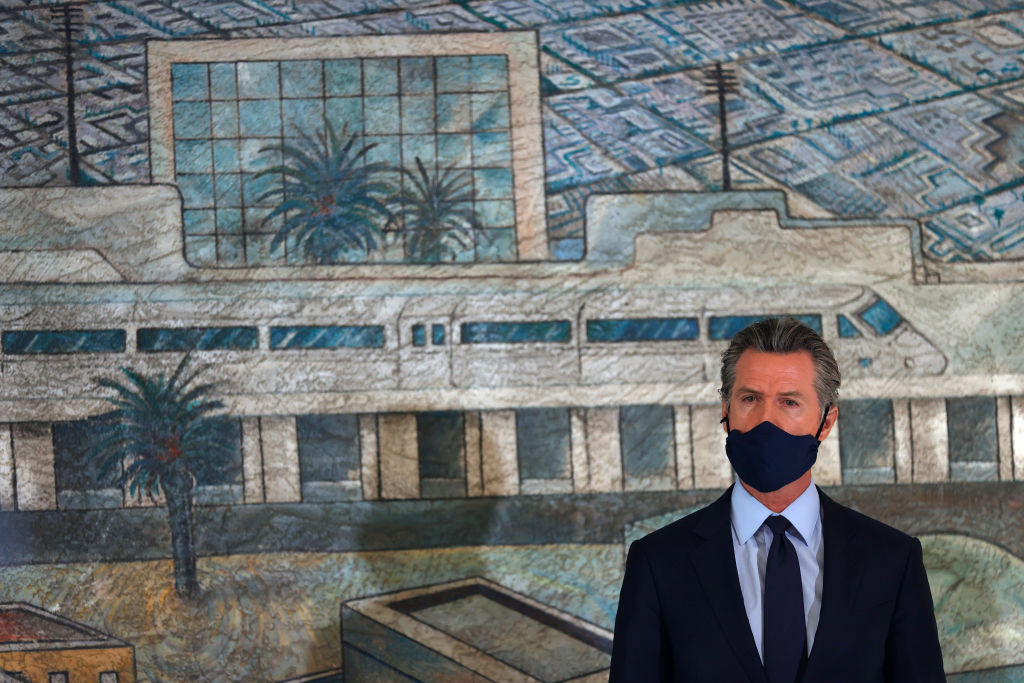 As California Gov. Gavin Newsom revised his state budget this month to account for a stunning $75.7 billion surplus, local and county health officials held their collective breath and hoped. They felt they’d more than adequately made their case: Their public health agencies were buckling under the strain not only of pandemic-related responsibilities like contact tracing and testing, but years of chronic underfunding.

So they asked for $200 million annually to add staff and beef up resources. Instead, and for the third straight year, Newsom declined to propose any increased funding for the public health departments beyond $3 million to study the issues and determine how much the agencies really need.

Gov. Newsom is considering ongoing funding for health agencies next year, though experts say the need is glaring right now.

“I was absolutely shocked at the governor’s response to our relatively small budget ask,” Santa Cruz County Health Officer Dr. Gail Newel told the news site Lookout Santa Cruz. “To have that number come back to zero, even in revisits of the budget, has been very disheartening to us.”

While Newsom has doled out no-bid government contracts to administration-friendly Silicon Valley tech companies and health industry behemoths, his COVID-19 response plan has largely ignored community clinics, and it has placed incredible pressure on the state’s 61 local public health departments to do more with less. Now, he’s proposing billions of dollars in additional spending, but none of it for the health agencies.

The underfunding of public health departments is nothing new, and it’s certainly not restricted to California, but the past year of crisis response has underlined just how bad the situation has become in the Golden State. A Twitter statement by the County Health Executives Association of California two weeks ago put it plainly, saying Newsom’s budget revision “fails to recognize that lives were lost during the COVID-19 crisis due to longstanding neglect of our public health workforce and infrastructure.”

Public health agencies in the state receive much of their funding from the federal government, with the rest coming from the state. The California Legislature realigned its funding method in 1991, shifting much of the responsibility to the counties themselves. The nonpartisan Legislative Analyst’s Office has since concluded that the realignment no longer meets its stated principles, with counties’ responsibility for certain costs way beyond their ability to control such costs. But the broken system remains in place.

Partially as a result, California’s public health budget is lower now than it was a decade ago. County health programs have been unable to add staff even as their local populations grew. Computer data systems have become outdated and crash-prone, while 11 public health laboratories have closed since 1999. Some counties eliminated programs aimed at preventing certain chronic diseases, including programs that health officials say could have helped many COVID patients fight off the virus’s worst effects.

Beyond that, local health agencies are often the pathway to health equity. Their outreach regularly includes lower income families and those who otherwise cannot afford or don’t have access to quality care. Absent adequate funding, those groups are often missed.

“We identified all these needs before COVID, and yet California didn’t step up,” state Sen. Dr. Richard Pan (D-Sacramento) told the Los Angeles Times. “So now is the time to step up.”

Newsom, who is facing a Republican-led recall, has generally enjoyed solid support from the Democrat-controlled Senate and Assembly, but many of his party’s leaders aren’t with him on this one. They want to see funding increased for local health agencies, especially during a tax collection windfall as the state emerges from a budget hammering, once-a-century pandemic.

“When my colleagues and I developed the Senate’s Build Back Boldly budget proposal, we included $200 million for investment in our local public health infrastructure,” Senate President Pro Tempore Toni Atkins (D-San Diego) said in a statement provided to Kaiser Health News. “We know how difficult the past year has been for public health officers and our county public health staff.”

Newsom did not include the Senate proposal in his revised budget. When asked to explain why, the governor noted his financial commitments to expanding Medi-Cal coverage and earmarking $300 million for public hospitals, adding, “I hope folks celebrate that.” State Health and Human Services Secretary Dr. Mark Ghaly added that Newsom is considering ongoing funding for health agencies next year, though experts say the need is glaring right now.

Among advocates for public health funding, one of the frustrations is the obvious nature of the problem. According to state Sen. Dr. Richard Pan (D-Sacramento), increased state funding for local health agencies was recognized as a need long before the pandemic hit, and the problem predated Newsom by years if not decades. Still, in his first three budget proposals as governor, Newsom has declined to propose increases.

“We identified all these needs before COVID, and yet (California) didn’t step up,” Pan told the Los Angeles Times. “So now is the time to step up.”

Public agencies aren’t the only ones pressing Newsom for health-related budget improvements. Groups such as Health Access California have been pushing for universal healthcare, an enormous financial undertaking, and Newsom already is proposing an expansion of Medi-Cal to cover income-eligible residents age 60 and over regardless of their immigration status, which will cost billions.

“This budget recognizes that our health system is better when everyone has access to coverage, including primary and preventative care,” said Anthony Wright, executive director of Health Access California. “We will continue to advocate with the legislature to improve access and affordability in both Medi-Cal and Covered California.”

Pitting need against need, though, isn’t the point – at least not to local and county health officials. The point is that, as Newsom considers what to do with billions of dollars in unexpected tax revenue, the governor needs to recognize that public health agencies remain a direct connection to many of the state’s most vulnerable residents. And as California’s COVID experience proved definitively, their collective health is going to affect the health of the state itself.

“There has been an ongoing erosion of funding for local public health departments,” said Assemblymember Jim Wood (D-Santa Rosa), chair of the Assembly Health Committee. “California has let its guard down and made us all susceptible and vulnerable to future health threats.”

The History Los Angeles Has Lost to the Pandemic