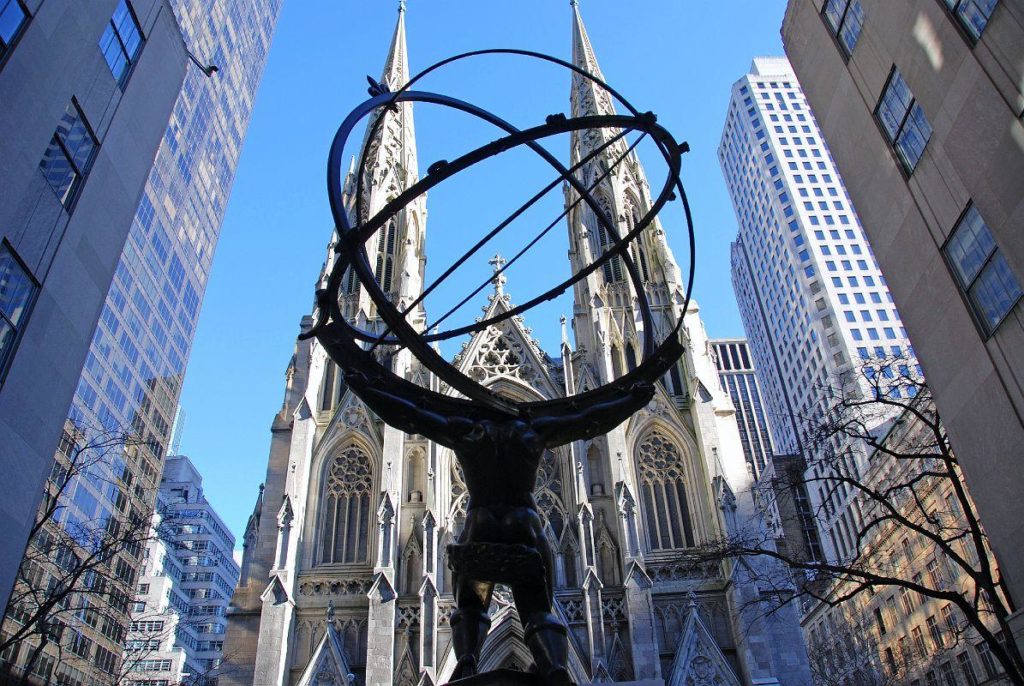 The Republican Party spent the better part of the past few years reaching back a century or more for ideas. Where liberals saw the dangers of a creeping Gilded Age on the horizon, conservatives cheered the true freedom that attends gross economic inequality. Paul Ryan, one of the GOP’s standard-bearers, repeatedly excited crowds with the promise of the true adventure and excitement that comes from riding the free market without a social safety net. By adopting the Republican vision, he explained, you choose against “a dull, adventureless journey from one entitlement to the next, a government-planned life, a country where everything is free but us.”

Similarly, there is currently a conservative attempt to rehabilitate the infamous 1905 Supreme Court decision of Lochner v. New York, which struck down on economic liberty grounds a New York state law that forbade bakers from working more than 10 hours per day and 60 hours per week. The Lochner decision was described at the time by the dissenting Justice Holmes as reading social Darwinism (“Mr. Herbert Spencer’s Social Statics”) into the 14th Amendment, and has been held up by progressives for a century as the epitome of the conservative view of the individual’s freedom to work in an unregulated employment market. Many conservatives then and now see the case as a rightly decided rebuke to the state’s continuous encroachment on the individual’s freedom of contract.

Of the many attempts to reconcile the late 19th and early 21st Century, perhaps the strangest is the GOP’s recent division of the electorate into moochers and makers, and in doing so erecting the edifice of a new Republican Ethic. This general division has been an underlying part of the modern Republican Party’s dogma for some time — exemplified most starkly in its tax, labor and employment policies — but it was rarely stated outright beyond the pages of Ayn Rand or her acolytes. However, previous attempts like Rand’s to divide the country into producers and takers always had the notion of mobility built into the system, where individuals could in theory move from one camp to another. Under the new Republican worldview, essentialism has become the order of the day and one’s position as maker or moocher is immutable.

Last year, the party put on full display the dichotomy at the heart of its worldview. It made its mantra, “We Built It,” with the “We” being Republicans, and staged a four-day paean to employers and entrepreneurs in Tampa. Covering the Convention for The Nation, Rick Perlstein talked with Republican employees who took pains to explain how they also run home-based Amway-type businesses in order to let “let nine-to-fivers…style themselves as members of the morally exalted caste of entrepreneurs.” Though these home-based network-marketing businesses have long been criticized as pyramid schemes that are against the economic interests of the vast majority of participants, they allow individuals to hold parties where one announces to the community, “I am an entrepreneur.”

Less than a week later, the House Majority Leader, Eric Cantor, tweeted that the true hero of Labor Day is capital: “Today, we celebrate those who have taken a risk, worked hard, built a business and earned their own success.” It turns out that on Labor Day, we celebrate the employers who so kindly gave us the day off.

Mitt Romney’s infamous 47 percent comment was caught on tape, but it was not a mistaken expression of the Republican worldview. After Romney, the acting CEO of the Party, was caught on tape presiding over a board meeting of donors explaining that 47 percent of the market will not buy their product, he had the choice of retracting the statement or bringing the full Republican belief into the light. He chose the latter, explaining that it was “not elegantly stated,” but that “it’s a message I’m going to carry and continue to carry.” And in this coarse, inelegant set of statements, Romney articulated clearly a new politics of identity based on one’s predestined economic salvation.

This theory has much in common with that explained by Max Weber in his Protestant Ethic and the Spirit of Capitalism, published in the same year as Lochner. According to Weber, there is a special affinity between Protestantism and modern capitalism, whereby the behavior encouraged by the former feeds into the divisions necessary in the latter. Weber argued that Protestantism introduced the notion of predestination, in which each of us is born already saved or damned, and there is nothing we can do in our lifetimes to change that eternal designation.

Protestants are weighed down, then, by the certitudo salutis question, always wondering, “am I saved?” One looks for signs of one’s salvation everywhere. One of the primary material signs is that one has a vocational calling — a material version of the religious calling — and even better if one can amass material wealth. Certainly God would choose to bestow this worldly fortune on the chosen, rather than on the damned.

Weber argued that the attempt to create public signs of one’s salvation — in other words, the drive to work and amass wealth to show to the world and oneself that you are counted among the saved — coincidentally fits well with modern capitalism. And in this way, the spirit of an economic system was built upon an ethos of a religious system.

Republicans, most recently under the leadership of Mitt Romney, have constructed a similarly mysterious division between the saved and the damned. On the one side there are “job-creators,” “makers,” “small businesses” (which by most estimations can run quite large), “producers,” “capitalists” and the like. On the other side are those who work for others (workers?), “takers,” “moochers,” “welfare recipients,” “socialists,” non-payers of federal income tax, etc.

There is one more label that is attached to each category. To the former it should be added “Republicans,” and to the latter “Democrats.” If approximately half the country produces and the other half takes, Americans are left with a new certitudo salutis, having to constantly look for signs of one’s economic chosenness. Making public one’s tax return is unseemly in America, and conspicuous consumption is a coarse political message. Luckily, it turns out that the lawn signs and bumper stickers available at your nearest Republican headquarters allow you to express to the world that you throw your lot with the party of producers because you are a producer. Show up at a Republican rally, join your local Tea Party group, express anger publicly at the country’s slide into Socialism, and you show that you are on the right side of the divide. Indeed, the lower on the economic ladder that you find yourself, and the more unlikely that you are a “maker,” the more necessary it is for you to publicly choose Republican and denounce the Democratic moochers and victims, showing that you are of the saved.

This modern Republican worldview, where one is a maker or taker, is of a different quality than Ronald Reagan’s description of the welfare queen who “has 80 names, 30 addresses, 12 Social Security cards and is collecting veterans benefits on four non-existing deceased husbands.” The welfare queen was a straw man, easy to deride and easy to distinguish. The welfare — or Cadillac — queen was also a thinly veiled racial marker; if you were white, you didn’t have to try hard to show the world that your car was bought using money earned. The new division requires the individual to prove that she is the type of person whose total activities in the aggregate add more to society than she takes out. It is an essentialist argument, where one is or is not a taker and victim, and nothing you can do can change the mark on your soul.

The division between makers and takers is also unlike the welfare bugaboo that the Republicans pulled out in the Nineties. Then, the focus was on whether one was a productive member of society, and being a worker qualified you as such. Indeed, the mantra behind many of the problematic welfare policies of the nineties was “welfare to work,” where work was the promised land.

Liberals have longed for the day when conservatives can no longer trick people into voting against their economic self-interest by using social issues such as abortion, gay marriage, and the phantom war on religion, which have less apparent links to economic self-interest. In response to this possibility, the Republican Party has come up with a subtle solution: turn economic issues into social issues. Republicans have seized upon a core aspect of the American identity, where more important than actual economic self-interest is one’s reputation as someone productive, successful, and worthy of the individualism that America allows.

Remember, this is a country where individuals have often chosen destitution or death before being willing to walk into a bankruptcy court. As liberals have fallen into the perennial fantasy of a permanent majority, they overlook a dangerous Republican argument that reaches deep into the American psyche. It failed in 2012 — perhaps because it was inelegantly stated, perhaps because the messengers were weak — but it is not necessarily a losing argument.

(Moshe Z. Marvit is a Fellow at the Century Foundation and the author (with Richard Kahlenberg) of Why Labor Organizing Should Be a Civil Right. His post first appeared on Unionosity and is republished with permission.)

Related Topics:Mitt Romney
Up Next

The Politics of Bankruptcy: The UCLA Mayoral Debate