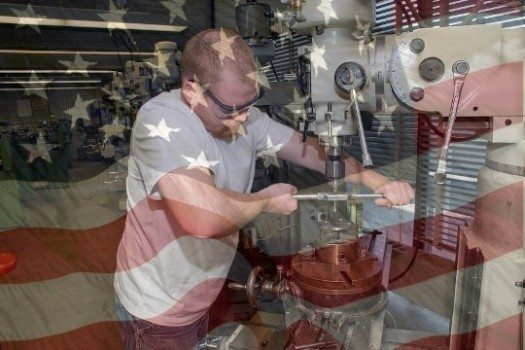 “Frankly, I’m surprised that American jobs are so controversial.”

Linda and I attended the conference on behalf of the new Jobs to Move America campaign, explaining our effort to transit agency officials, consultants and transportation equipment manufacturers from across the nation. The budding coalition behind this movement unites community, small business, labor, faith, small business, philanthropy, academic and environmental groups, including LAANE, all of whom want to maximize the 5.4 billion American taxpayer dollars that public transportation agencies spend every year, to improve transportation systems, create good American jobs and generate opportunities for such struggling unemployed American workers as veterans, single parents and residents of low-income neighborhoods.

Linda made a special presentation to APTA’s Business Procurement Steering Committee on the Jobs to Move America plan. She revealed preliminary findings of research conducted with academic partners, demonstrating how many valuable components of buses and rail cars are currently being manufactured overseas because of weaknesses and loopholes in federal “Buy America” laws requiring at least 60 percent American-made parts. Linda also laid out several alarming economic statistics, showing double-digit unemployment rates brought on by the Great Recession and continual offshoring of good-wage industrial jobs over recent decades. These have created a crisis for millions of American workers now facing “significant and multiple barriers to employment.”

Wrong, according to the reaction of many manufacturing companies in the conference room. Business representatives raised objection after objection to the Jobs to Move America plan, declaring that they already manufactured as much as possible in the United States and denying the research findings of Buy America flaws. Other businesses threatened that they might have to lay off workers in existing American factories if they hired workers in another American location. One business representative even accused Linda and I of “micromanaging…[and] interfering with our business.”

Where was the disconnect? we wondered. Perhaps the companies were blind to the negative consequences of their business-as-usual practices, whereby they used taxpayer funds to manufacture so many of our trains and buses in faraway factories, limiting their U.S. investment to small “final assembly” facilities? Perhaps they didn’t see the devastating impacts of closed factories in communities across America’s Rust Belt and Northeast regions, or notice the more than 11 million unemployed Americans who are desperate for good jobs to support their families? Perhaps they didn’t see how efficient and high quality our buses and trains could be, if they were made by skilled workers right here in America? Or maybe these manufacturers were truly afraid of American jobs?

Yet, as Federal Transportation Administrator Peter Rogoff pointed out in the Procurement Steering Committee meeting, “ultimately, the financiers of this project are taxpayers, and they care about jobs.” Rogoff also pointed out that “there is strong interest in strengthening Buy America” within the the Obama Administration, and told the business naysayers, “This is not just a discussion between advocates and industry… a key constituency are mayors and other elected officials, and they are very concerned about jobs and concerned about who is getting those jobs.”

Manufacturing companies may be afraid of American jobs, but the Jobs to Move America coalition is not. In the months ahead, our campaign will continue to ask public transit agencies to invest billions of American tax dollars into good jobs, opportunities and factories, right here in America.

Will Seniors Lose in a ‘Grand Bargain’?