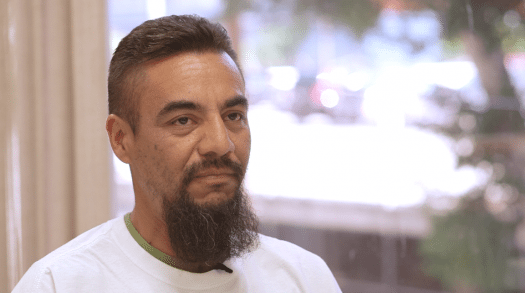 Yoel Matute had worked at a Santa Monica car wash for seven years and was upset because he believed he wasn’t being paid for all the hours he worked. So in 2012 he decided to sue in court to recover his wages.

Matute soon got an unwelcome surprise. His employer attempted to enforce an arbitration agreement – an agreement Matute didn’t even know he had signed — preventing him from filing a lawsuit. Instead, the agreement mandated that the dispute be heard in arbitration, an out-of-court process that generally favors employers over workers like Matute.

When he had originally applied for his job Matute was handed what he thought was a work application. Some parts of the document were in Spanish, others in English. Matute, who is from Honduras and can read little Spanish and virtually no English, was given just a few minutes to review it, and he did not understand any of the sections in English. Car wash managers did not explain the document to him, but he understood he needed to sign it if he wanted the job. Nobody told him he was waiving his right to bring a workplace dispute to court.

“I had no idea that what I had signed was an arbitration clause,” Matute, 42, a thin, soft-spoken man who projects an inner strength, tells Capital & Main in Spanish. “I thought it was a work application and that I needed to sign the document the way it was presented to me or I would not be permitted to work at the car wash.”

He adds, “This is unjust. They took advantage of me and other workers because they knew I was in a vulnerable place and I need to support my family. I needed the work.”

In an arbitration, parties of a dispute present their claims to an arbitrator who then issues a ruling. In voluntary arbitration, parties of roughly equal bargaining power agree to submit their dispute to a mutually agreed upon resolution process. But job applicants, along with consumers purchasing goods and services, are increasingly being forced to sign agreements pertaining to any future dispute, unaware that their rights are being signed away.

Yoel Matute: I had no idea I had signed an arbitration clause.

Matute’s story is far from unique. A growing number of employers in California and nationwide are requiring new workers to sign mandatory arbitration clauses waiving their basic labor rights as a condition of employment — which means employees will not be hired if they do not give up their right to resolve employment claims in court or to even bring a dispute to the state Labor Commissioner. In addition, there are situations involving employees being asked to sign such waivers after they are hired, with arbitration agreements included in revised employee handbooks and even in severance agreements.

Mandatory arbitration clauses are often buried in the fine print of credit card and banking agreements, and require many workers to submit to a process designed solely by the employer – and to be bound by a decision made by an arbitrator who is paid directly by the employer. Low-wage workers like Matute are particularly vulnerable to such clauses, though they are also increasingly being used by high-tech companies and contractors in Silicon Valley.

That’s what happened to Rajan Nanavati, who testified about his experience before the Assembly Labor and Employment Committee earlier this month. Nanavati was hired in January 2014 through staffing agency Adecco to work as a dispatcher for Google Express. When he complained to the staffing agency’s human resources department that he was being forced to work nine to 13 hours without meal breaks, he was fired. He tried to file a class action lawsuit, but Adecco was successful in getting the case dismissed in court because Nanavati and other employees had signed arbitration agreements precluding them from bringing individual or class action lawsuits against Adecco.

Adds Barry Broad, a Sacramento employment lawyer and labor lobbyist: “It is a tool of exploitation. It’s not really a tool intended to deliver even-handed justice.”

In an effort to ensure that any waivers of important employment rights are transparent, Assemblyman Roger Hernandez (D-West Covina) has introduced a bill that would ensure that such waivers be voluntary and given with the employee’s full consent. Assembly Bill 465 passed on an Assembly floor vote last week, and now moves to the state Senate.

In 2010, 27 percent of U.S. employers reported that they required private arbitration of employment disputes, covering more than 36 million workers. The percentage is higher today, according to some experts.

“Mandatory arbitration is a cancer in our judicial system.”

“AB 465 will neither help California’s litigation agreement nor promote businesses’ ability to create jobs as it will drive up California employers’ litigation costs,” Jennifer Barrera, a Chamber policy lobbyist, wrote in a letter last month to Hernandez. The Chamber also argues that the U.S. Supreme Court and California courts have already authorized mandatory employment agreements, and that AB 465 directly conflicts with those rulings.

Hernandez’s supporters include the California Labor Federation, which is an official sponsor of the bill, as well as the California Teamsters Public Affairs Council, the California Employment Lawyers Association and the American Civil Liberties Union of California.

“It is an affront to the Legislature and a perversion of the law to allow employers to force employees and applicants to give up their legal rights as a condition of employment, Kevin Baker, the ACLU’s legislative director, wrote Hernandez in April.

In his letter, Baker said the system is unfair because the employer unilaterally picks its preferred arbitration company, and that that gives the arbitration firm a financial incentive to favor an employer who is a repeat player and the source of continued cases for the arbitration company. Also, private arbitrations are conducted in secret without public access or scrutiny; private arbitrators need not have judicial backgrounds or legal experience. Nor are they required to follow the law or rules of evidence, and there is no right of appeal to a court to review an arbitrator’s decision for legal errors.

“Tellingly,” Baker said in the letter, “companies often force their employees to sign mandatory private arbitration clauses but refuse to enter into such agreements themselves for disputes with other businesses—suggesting that employers do not truly believe that private arbitration is inherently better than the public justice system, but simply wish to protect themselves from responsibility for violating labor and employment laws.”

The issues involving mandatory arbitration have come under increasing scrutiny in recent years and some steps have been taken to protect workers. Last year President Obama signed an executive order prohibiting employers with federal contracts in excess of $1 million from requiring their employees or independent contractors to waive their right to a jury trial and agree, instead, to arbitrate a civil dispute, sexual assault or sexual harassment case.

In 2014 the California state legislature passed a narrowly defined bill that bars employers from forcing employees to give up their rights to have their civil rights claims heard in court. That bill applied solely to civil rights and hate crimes claims, and not the Labor Code. Hernandez’s bill attempts to build on that legislation to protect workers from waivers of labor code guarantees, such as minimum wage, overtime, meal and rest period protections.

Yoel Matute, the car wash worker, is a symbol of this battle. Though the courts eventually ruled that the car wash’s arbitration clause was “unconscionable,” partly because the employer didn’t give Matute enough time to review the agreement and because some portions weren’t translated into Spanish, he still is seeking the wages he says he is owed.

“The worker filed a lawsuit in 2012 and he still hasn’t had his day in court to resolve his claim for money that wasn’t paid,” says Justin McBride, campaign director for the CLEAN Carwash Campaign, a union organizing group. “The delay is because of the arbitration agreement.”

“I don’t think the system is working,” he says.

A Bill to Save Jobs for California Musicians