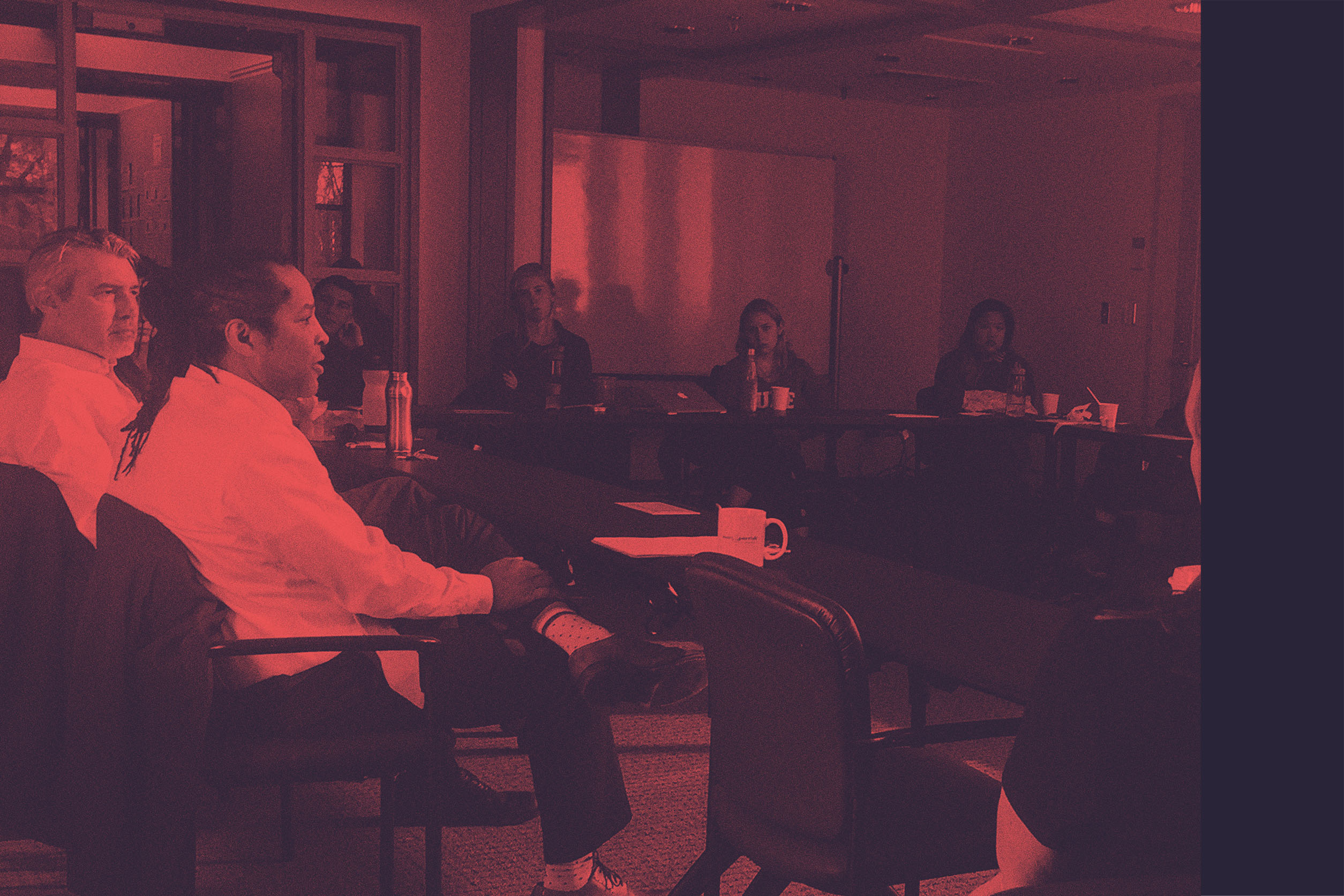 Growing up on a farm in Murfreesboro, North Carolina, Jay Pearson knew he wanted to do something different with his life. His grandfather was a tenant farmer, and he had come from a long line of farmers before that.

For the first 11 years of his life, Pearson and his family lived in his grandfather’s tenant farm house. After that, they moved into a trailer park. His family never had any savings.

“In terms of wealth and income, I grew up in abject poverty,” says Pearson. “I’m the first person in my direct line who’s been building wealth that can hopefully be transferred to the next generation.”

In his role now as an associate professor at Duke University’s Sanford School of Public Policy, Pearson hopes to speak for his family and for others who have not been able to finish college or go on to be a professor.

Even though Pearson has achieved much in his field, he says his success has never been just about him. “It’s not just understood but expected that you expend that good fortune to everyone else,” he said. “So if my family finds themselves in difficult times, I step in and support everyone else until they get on their feet again.”

“I’m the first person in my direct line who’s been building wealth that can hopefully be transferred to the next generation.”

This last year, this held especially true. Pearson’s sister lost her job before the COVID-19 pandemic and has struggled to find work. His brother and brother-in-law, both truck drivers, saw their work slow down during the pandemic, though they are working steadily now.

“I will stand by them until the end of time,” says Pearson. “But the reality is I have an obligation to my parents, my siblings, and my nieces and nephews.”

Just like when they were growing up, Pearson’s siblings do not currently have any savings.

“Not to be sarcastic, but I don’t know anyone without dreams,” says Pearson. “They certainly all had dreams. What it takes to overcome impediments associated with those is just too difficult.

“I really don’t know if my family is happy with their professional stations,” he continues. “They are, however, heavily invested in the units of social well-being and do a good job taking care of each other in that regard.”

Pearson is the first person in his family to attend college. He attended North Carolina Central University, an historically Black university in Durham. In fact, his Air Force/ROTC scholarship would have also allowed him to attend the University of North Carolina at Chapel Hill — a school he strongly considered attending — but he made a conscious decision to attend an HBCU, hoping it would feel more familiar.

It turned out, however, that the scholarship Pearson received meant he had to spend a considerable time taking classes at Duke University, where he would later become a professor. Eventually, he lost the scholarship due because his grades fell below the cutoff. He also had become concerned about the U.S. military role in Central America in the 1980s, and those views were not popular in the ROTC.

“After I lost the scholarship, I didn’t have any way to pay for college,” says Pearson. He spent the following summer working in a chicken factory in his hometown to be able to pay for just part of the next semester by saving $700. He got a smaller scholarship and took out a total of $34,000 in loans for undergrad and graduate school. He has since paid them off.

“I lived very sparsely,” he says. “It was a struggle to have enough money to eat or wash my clothes. There were many times I didn’t know where my next meal would come from or how I was going to pay tuition next semester.”

“I happen to be one of those rare folks who grew up in abject poverty as a person of color and go on to get a formal education. I lived it, I learned it, and now I investigate it.”

Formerly working toward a degree in computer science and engineering, Pearson changed to a community health and education major around this time. After a stint in the Peace Corps in Honduras, he returned to the U.S. and began working in migrant farmer health. After completing a master’s degree in public health at the University of North Carolina, he got a Ph.D. at the University of Michigan and, after a pair of post-docs, ended up at Duke, where his area of expertise is how race, immigration, and socioeconomic factors affect public health.

“It’s my life,” Pearson said. “It’s what I’ve lived. In the academy, we get rewarded for having a particular study area. To be able to do that, for most of us, we have a course of formal educational training. Very few people have gained expertise as a function of experience. I happen to be one of those rare folks who grew up in abject poverty as a person of color and go on to get a formal education. I lived it, I learned it, and now I investigate it.”

It’s a lonely position. Pearson keeps in touch with few people from his hometown besides his family and a handful of close friends, and none of them understand what it’s like to be a professor.

His colleagues, on the other hand, largely grew up with economic and/or racial privilege.

“There are very few people here who come from what I come from, and back in my hometown, none of them have gone on to be a tenured professor at Duke or anywhere else for that matter,” said Pearson.

He wants to encourage his students and colleagues to talk about race, even if it hurts. And it will hurt, he insists.

“It is not possible to engage in dialogue about race in the United States of America without it being painful,” he said. “We all get implicated at some point as victims or perpetrators. Now the distribution varies depending on what you look like and how society perceives you.”

How Well Do Big Companies Pay Their Workers? Not as Well as the Business Roundtable Suggested Last Week