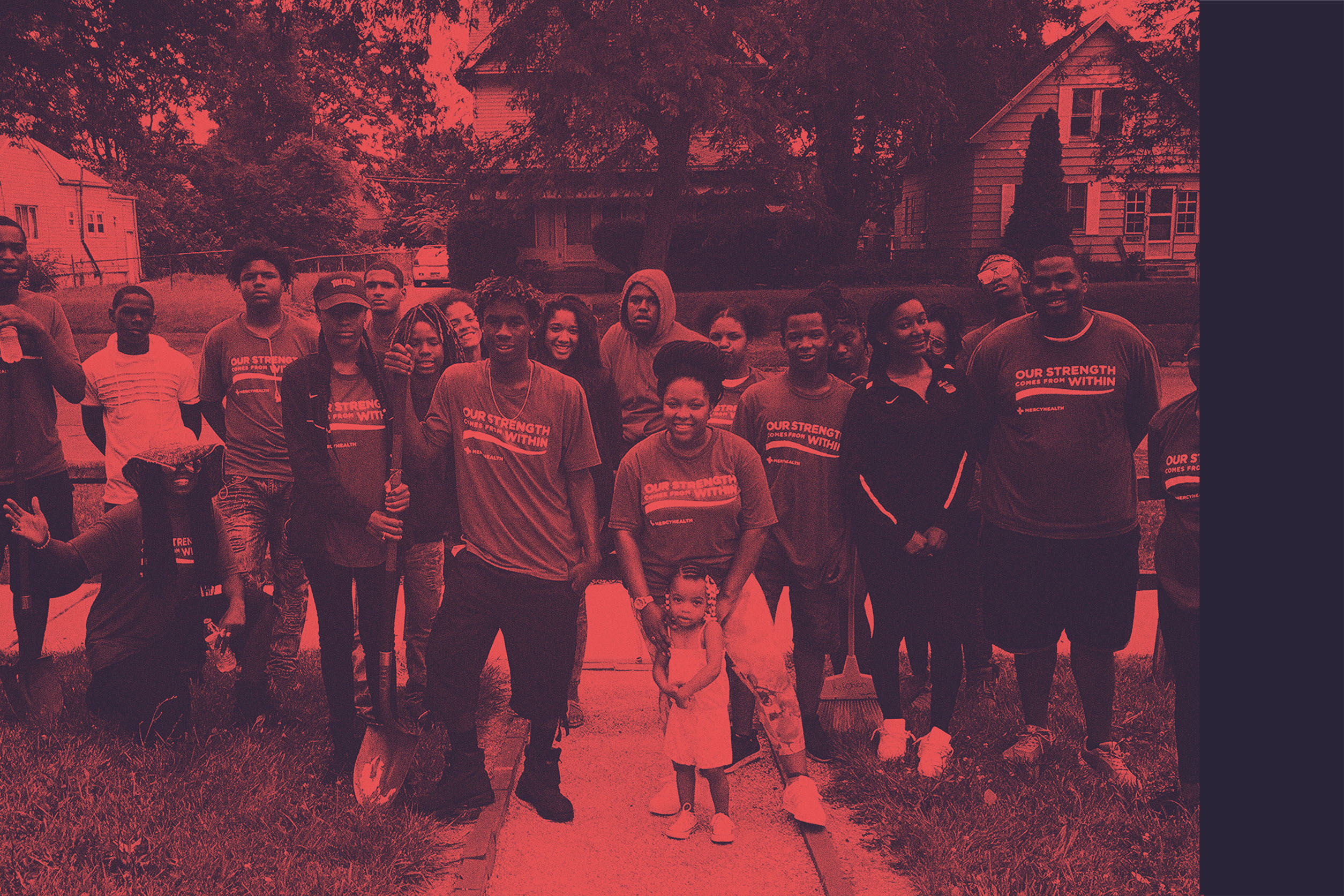 A teacher-turned-urban farmer in one of northwest Ohio’s toughest neighborhoods, Harris understands that animal droppings are essential to keeping the circle of life going at the Glass City Goat Gals Farm. Harris opened the nonprofit farm in 2016 on an infamous street nicknamed “Murder Alley” in North Toledo to help underserved youth in her community. The farm has served as a source of support and stability for young minority Toledoans, who learn how to take care of goats and garden under Liz’s supervision. She does not earn any income from the farm, although she occasionally sells hay.

“I figured gardening wasn’t sustainable because when you garden, you have to put back into the soil. You can’t just go out there and plant,” Harris said over Zoom. “But once I seen a goat poop, I got it. We’re going to use that poop, put it in the soil, and let [the goats] eat the overgrown vegetation. Now it’s a full circle.”

Today, Glass City Goat Gals is at risk of closing, because Harris is delinquent on her property tax payments. In 2020, she earned only $8,246 as a hospital service worker before being fired for a short-term medical absence that was not formally recognized by her employer. Having lost her annual income of $30,000 due to the pandemic, Harris has been fighting to get full unemployment benefits for nearly a year. Although she was initially getting unemployment checks, her employer’s refusal to recognize her medical leave has complicated her ability to get the rest of her benefits.

Having lost her annual income of $30,000 due to the pandemic, Liz Harris has been fighting to get full unemployment benefits for nearly a year.

Liz’s case is emblematic of that of many essential workers who earn less than the federal poverty rate and often find themselves facing financial instability due to a lack of savings and a fragile safety net. The racial wealth gap continues to grow, disproportionately for Black workers like Liz who work in low-paying service jobs and cannot rely on their families to support them in times of crisis.

“Property tax [doesn’t] seem like much, but if it catches you on a downspout, you can get in [your head] trying to forget about it,” Harris says, chuckling wryly. “And that’s what happened.

“You know, you always say, ‘Well, I’m going to take care of this next week.’ Now it’s a year that has gone past, and I just really felt like I was caught. I was caught not ready.”

Harris grew up in an underserved community in north Toledo, the daughter of a truck rental worker and a computer lab technician. Although her family only earned about $30,000 a year, Harris said her father was able to stretch every dollar and send his two daughters to a private, all-girls Catholic high school on the other side of town. She grew up eating discounted lunches at school and buying clothes at the local Goodwill.

Harris’ father was “big on financial literacy” and prioritized education for his family. As a result, Harris studied urban agriculture and psychology at college, and also took up a master’s in psychology. College was largely covered by a basketball scholarship.

Before urban farming, Liz Harris’ passion was teaching young kids. But her salary as a teacher did not pay enough to cover the costs of continued education.

“We were taught as African Americans that we had to acquire education to get somewhere in life. You can’t just get your bachelor’s degree, you got to keep going,” she said. “No one ever told me that seeking education, how expensive it was. That was one of the reasons I could kind of never get on my feet, because of the student loans attached to those degrees.” (Harris currently owes over $30,000 in graduate student loans.)

Before she became an urban farmer, Harris’ passion was teaching young kids. But her yearly $33,000 salary as a teacher did not pay her enough to cover the costs of continued education. After undergoing a partial hysterectomy for uterine fibroids that almost left Harris incapacitated, she could not muster enough energy to conduct a new job search. So she began working in food services at the same hospital where she was being treated.

“The nine months that I was off, I was catching up on water bills. I’ve been playing catch-up since I got out of the hospital,” Harris said. “I know now to make sure that I keep a financial safety net in order to keep what I’ve worked so hard for.”

“Some people have to understand that the little you do save — it doesn’t matter if it’s only $10 a check — it’s the habit it creates. It creates financial discipline.

“You have to practice some type of financial discipline in order to be prepared for the rest of your life.”

America’s Racial Wealth Gap Is Enormous and Getting Worse