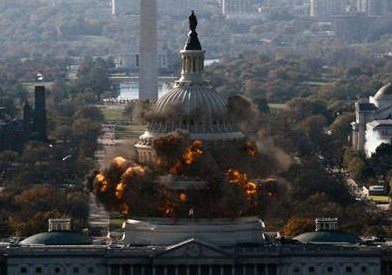 The war isn’t over. It’s only a cease-fire.

Republicans have agreed to fund the federal government through January 15 and extend the government’s ability to borrow (raise the debt ceiling) through February 7. The two sides have committed themselves to negotiate a long-term budget plan by mid-December.

Regardless of what happens in the upcoming budget negotiations, it seems doubtful House Republicans will try to prevent the debt ceiling from being raised next February. Saner heads in the GOP will be able to point to the debacle Tea Partiers created this time around – the public’s anger, directed mostly at Republicans; upset among business leaders and Wall Street executives, who bankroll much of the GOP; and the sharply negative reaction of stock and bond markets, where the American middle class parks whatever savings it has.

The saner Republicans will also be able to point out that President Obama means it when he says he won’t ever negotiate over the debt ceiling. The fact that he negotiated over it in 2011 is now irrelevant.

On the other hand, there’s a significant chance of another government shutdown in January. By then we’ll be well into the gravitational pull of the 2014 midterm elections. Every House member is up for reelection – mostly from safe (often gerrymandered) districts in which their major competitors are likely to be primary opponents from the Tea Party right.

These opponents will be challenging them to show what they’ve done to sandbag Obamacare and shrink the size of government. The President and the Democrats have made it clear they’ll protect Obamacare at all costs. Which means the real action between now and January 15 will be over the federal budget. The threat of another government shutdown is the only major bargaining leverage House Republicans possess in order to get what they consider “meaningful” concessions.

We know the parameters of the upcoming budget debate because we’ve been there before. The House already has its version — the budget Paul Ryan bequeathed to them. This includes major cuts in Medicare (turning it into a voucher) and Social Security (privatizing much of it), and substantial cuts in domestic programs ranging from education and infrastructure to help for poorer Americans. Republicans also have some bargaining leverage in the sequester, which continues to indiscriminately choke government spending.

The Senate has its own version of a budget, which, by contrast, cuts corporate welfare, reduces defense spending, and raises revenues by closing tax loopholes for the wealthy.

Here, I fear, is where the President is likely to cave.

He’s already put on the table a way to reduce future Social Security payments by altering the way cost-of-living adjustments are made – using the so-called “chained” consumer price index, which assumes that when prices rise people economize by switching to cheaper alternatives. This makes no sense for seniors, who already spend a disproportionate share of their income on prescription drugs, home healthcare, and medical devices – the prices of which have been rising faster than inflation. Besides, Social Security isn’t responsible for our budget deficits. Quite the opposite: For years its surpluses have been used to fund everything else the government does.

The President has also suggested “means-testing” Medicare – that is, providing less of it to higher-income seniors. This might be sensible. The danger is it becomes the start of a slippery slope that eventually turns Medicare into another type of Medicaid, a program perceived to be for the poor and therefore vulnerable to budget cuts.

But why even suggest cutting Medicare at all, when the program isn’t responsible for the large budget deficits projected a decade or more from now? Medicare itself is enormously efficient; its administrative costs are far lower than commercial health insurance.

The real problem is the rising costs of healthcare, coupled with the aging of the post-war boomers. The best way to deal with the former – short of a single-payer system — is to use Medicare’s bargaining power over providers to move them from “fee-for-services,” in which providers have every incentive to do more tests and procedures, to “payments-for-healthy-outcomes,” where providers would have every incentive to keep people healthy. (The best way to deal with the latter – the aging of the American population – is to allow more young immigrants into America.)

More generally, the President has been too eager to accept the argument that the major economic problem facing the nation is large budget deficits – when, in point of fact, the deficit has been shrinking as a share of the national economy. The only reason it’s expected to increase in future years is, again, rising healthcare costs.

Our real economic problem continues to be a dearth of good jobs along with widening inequality. Cutting the budget deficit may make both worse, by reducing total demand for goods and services and eliminating programs that lower-income Americans depend on.

The President has now scored a significant victory over extremist Republicans. But the fight will continue. He mustn’t relinquish ground during the upcoming cease-fire.