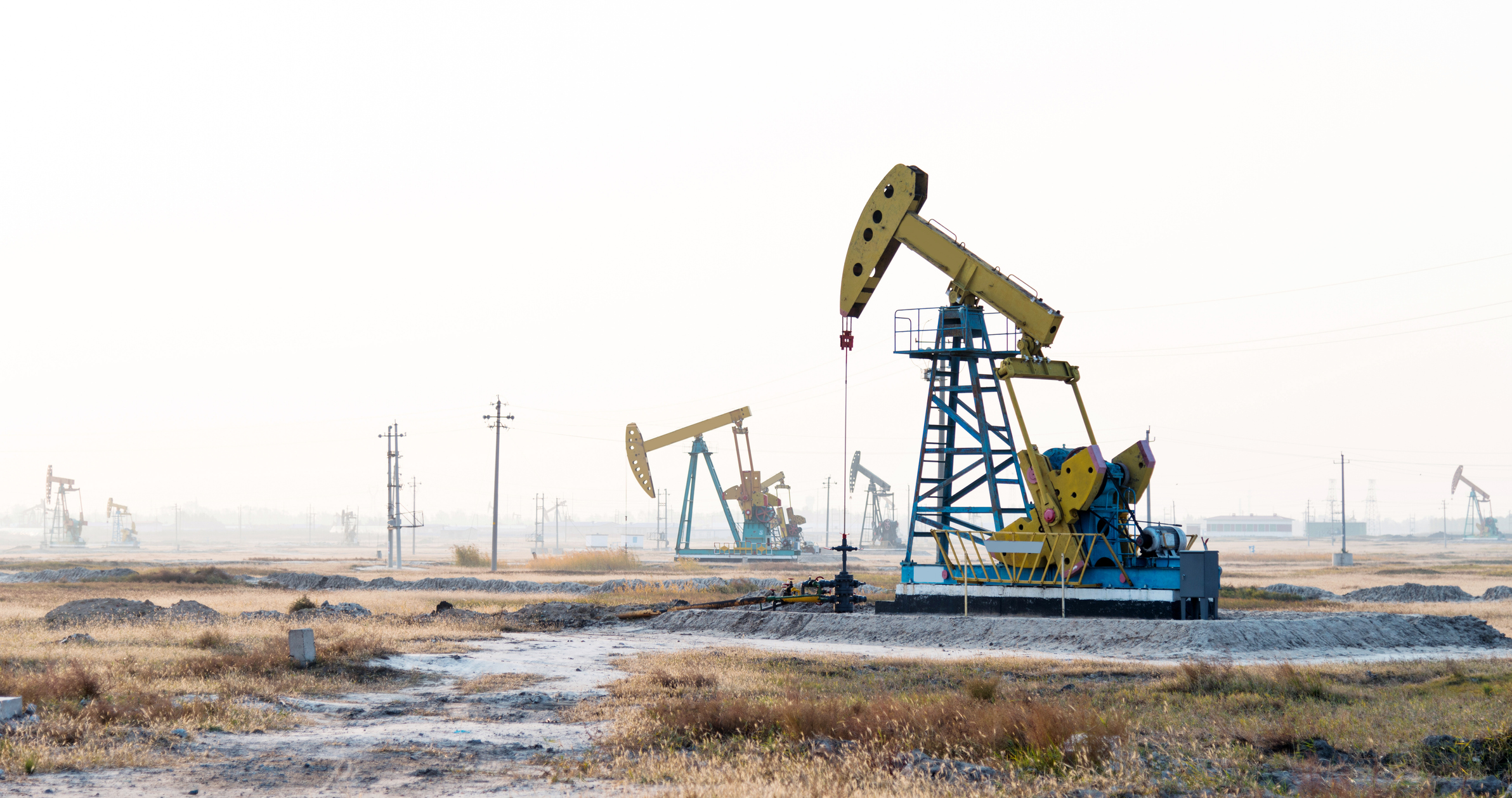 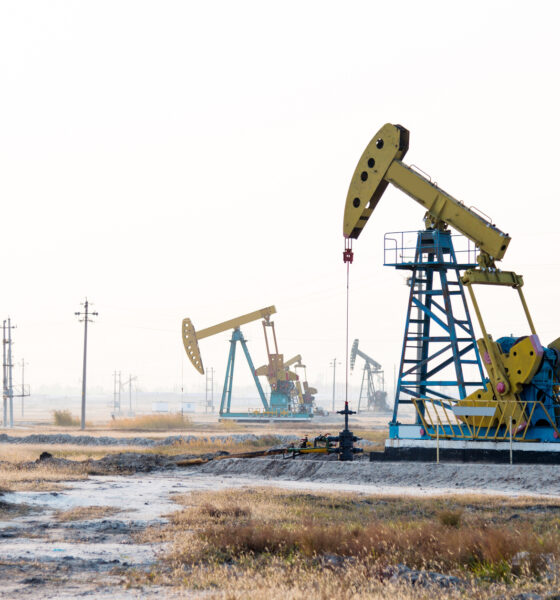 A Hollow Boom for New Mexico

Oil production and rhetoric are up — but jobs and investments? Not so much.

Our weak president threatens both America’s honor and freedom itself by pandering to dictators, limp Europeans and climate hoaxers in his drive to destroy the oil and gas industry with high gas prices. He and other politicians need to get out of the way of American oil and gas companies so they can get to work and drill, drill, drill us to energy independence.

At least, that’s what some politicians and lobbying groups are saying. But numbers more complex than the gas station bottom line tell a decidedly different story, one corroborated by economists both in New Mexico and farther afield — and by oil and gas producers themselves.

Producers have thousands of unused federal drilling permits — 1,040 in New Mexico alone. There are so many that President Joe Biden has threatened fines for not using them. Drilling rig counts haven’t followed increases in prices. Oilfield jobs in New Mexico are still down more than 20% since the COVID-19-triggered market collapse in March 2020. And perhaps most telling, in a survey of oil and gas producers conducted by the Dallas Federal Reserve Bank a month after the start of the Russian-Ukrainian war, the majority of producers said they had no plans to dramatically increase production in the next year.

The latest Intergovernmental Panel on Climate Change (IPCC) report released Monday sounded a warning claxon for the planet. The report outlines mitigation polices needed to limit global warming to 2ºC, and the first action listed is reducing fossil fuel use both immediately and dramatically.

“It’s now or never, if we want to limit global warming to 1.5°C (2.7°F),” said IPCC Working Group III Co-Chair Jim Skea. “Without immediate and deep emissions reductions across all sectors, it will be impossible.”

The report says that global greenhouse gas emissions will have to peak before 2025 and then begin dropping by 2030 to keep global warming to 2ºC. This requires dramatic shifts in energy production and use across the board, around the world, particularly in fossil fuel use and production.

Despite all of these triggers, in the U.S. — and particularly in New Mexico — oil and gas production hasn’t increased at the same pace as demand. Neither has oilfield hiring. And neither has the drill count. That leads to high prices for everything from gas to guavas — or anything else that needs to be transported — and that means turbulent financial markets and big profits for oil and gas companies.

“They’ve done fairly well for themselves, let’s just say,” says Janie Chermak, chair of the Department of Economics at the University of New Mexico.

James Peach, regents professor emeritus in economics and international business at New Mexico State University, remembers an old adage that came out of the oil industry during the 1973 energy crisis: “There’s a lot more oil in the ground at $100 a barrel than there is at $10.” In other words, if oil prices go up, production will follow, as it becomes economically feasible to drill expensive, hard-to-reach deposits. It’s conventional wisdom that has held true for most of the past 50 years.

But that isn’t happening with the current boom. In fact, oil production in New Mexico has leveled off as gas prices — and prices of everything else — have risen over the past six months.

“I think the only reasonable prediction is that you can expect continued oil price volatility,” Peach says. “Going back 150 years … there have been very few time periods where we’ve had stable oil prices.”

That brings up New Mexico’s perennial oil and gas problem — an overreliance on an unstable resource. The industry generates more than a third of state revenues, prompting a legislative feeding frenzy at the start of the year that hasn’t yet fully resolved.

“The reason they were able to have that session and the outcome that they did was because of the oil and gas revenues. There’s no doubt about that,” Chermak says.

“You know, when prices are good — woohoo! And then they go down, and everybody is kind of wringing their hands.” Before turning to economics and joining the faculty at UNM, Chermak worked as an oil and gas geologist in the 1980s, so she has kept her eyes on the industry for four decades. “It doesn’t seem like we ever learn,” she says. “It’s not like there’s the potential — I don’t think at this point in time — for other industries to take over that revenue or tax burden.”

At the same time, ever-increasing climate concerns drive environmental groups to push for decreasing dependence on fossil fuels, both at home and overseas. Those concerns reach the upper levels of government.

On the same day that the Dallas Fed released its findings, a quintet of U.S. senators, including New Mexico’s Martin Heinrich, signed a letter to President Joe Biden asking him to seize the Russian invasion of Ukraine as an opportunity to double down on renewable energy investments and further reduce the country’s — and the world’s — reliance on oil and gas.

“Europe serves as Russia’s main market for its oil and natural gas exports,” they wrote. “Producing efficient electric products and exporting those goods to the E.U. and other foreign markets would help many countries lower their dependency on fossil fuels, and thereby strengthen their own energy security.”

Only 11% of 132 oil and gas firms surveyed said environmentalists or government regulations keep them from producing more, while 59% cited “investor pressure to maintain capital discipline.”

But the promise of long-term energy independence is no match for high gas prices today. A week after the letter, Biden pledged to dump a million barrels of oil a day for six months into the market from the nation’s vast strategic oil reserve. It’s something the administration has done twice before in efforts to drive down gas prices, both times to little market effect.

Furthermore, he and Energy Secretary Jennifer Granholm both asked oil and gas producers to increase fossil fuel production to reduce costs across the board, a move that runs counter to many of the administration’s own climate goals. The politics of the moment seem to supersede the consequences down the road.

The move is similar to what Gov. Michelle Lujan Grisham has tried to do in New Mexico where she has championed some of the nation’s strongest environmental rules for oil and gas producers — while  at the same she has promoted markets for New Mexico fossil fuels both at home (via her continuing drive for a hydrogen hub) and overseas (through the state’s membership in the Western States and Tribal Nations natural gas alliance).

Even so, industry hasn’t bumped production, leaving many wondering — why?

In March, the American Petroleum Institute, the country’s largest and most powerful industry group, came out with a statement aimed at the White House: “We share the goal of reducing reliance on foreign energy sources and urge policymakers to advance American energy leadership and expand domestic production to counter Russia’s influence in global energy markets.”

But Trey Cowan, an oil and gas industry analyst at the Institute for Energy Economics and Financial Analysis, says, “It’s a red herring to talk about regulation right now as the reason why they’re not producing more.”

That’s backed up by the Dallas Fed survey that shows it’s not policymakers holding back domestic production. It’s the producers themselves.

To meaningfully increase production would require more wells, drilling that the American industry is only slowly undertaking. “It’s a multimonth kind of process,” Peach says. “You don’t just go out and drill that oil tomorrow.” Plus, it’s expensive — really expensive.

A 2021 estimate of drilling and completion costs of new wells in the Permian Basin — the most productive oilfield in the nation, covering parts of Texas and New Mexico — ran $800 per foot of drilling, and wells there can run 9,000 feet or more. That’s $7.2 million for just one well.

“You talk about any other notable oil producing country on the planet, and oil and gas is run as a country business. Here, it’s all private. And they’re looking at that bottom line.”

Admittedly, well-drilling rig counts are rising, but they haven’t returned to 2018-2020 numbers. During most of that time, the New Mexico well count regularly averaged 110 rigs per month, but then COVID and accompanying labor shortages cut drilling of new wells to an average monthly low of 44 in September 2020. Over the past year, it has slowly risen to 94 in March — but that is still down 15% from pre-pandemic levels.

It’s not environmentalists or government regulations keeping companies from drilling more while prices are high. Only 11% of 132 oil and gas firms surveyed in the Dallas Fed report said those issues kept them from drilling more, while 59% cited “investor pressure to maintain capital discipline.” Shareholders want companies to spend less on development and keep more of the profits.

“You talk about any other notable oil producing country on the planet, and oil and gas is run as a country business,” says Cowan. “Here, it’s all private. And they’re looking at that bottom line.”

He says that industry is letting prices and profits rise after years of development expenses (and bankruptcies) to respond to that investor pressure. Historically, oil prices and expenses — i.e., drilling wells and hiring people — “tended to track a very close correlation to one another,” he says. But not so much right now.

The Dallas Fed survey found that it costs $28 on average to pull up a barrel of oil from an existing well in the Permian Basin, and $50 a barrel for new wells. This as a barrel of oil hovers over $105 on the open market.

So while new wells can produce 1,000 or more barrels of oil a day, half of major producers in the Dallas Fed report said that their production would change less than 5% in the next year.

“The large corporations have a strategic plan,” Peach says. “And they try to follow that plan.”

Part of the plan is to let prices stay high while driving costs down.

“The oil and gas industry is great about improving their efficiency,” Chermak says. “A lot of that, I think, is technology.”

Last October, ExxonMobil subsidiary XTO tested a fully automated drilling rig in the Permian Basin. It made a nearly 20,000-foot well without anyone working on the platform loading pipes or changing drill bits.

The company portrayed the rig as a big step forward for worker safety, as it automated the most dangerous jobs on a drill site. But it also removed the cost of those employees from the company’s bottom line.

That rig is just the latest example of a never-ending technological march that removes jobs.

“Each well is a little bit more productive than it was even a few years ago,” Peach says. “You need fewer people to run a monitoring rig than you did 10 or 15 years ago.”

The changes are reflected in New Mexico’s oilfield job numbers, which remain 20% below where they were pre-pandemic; the state has seen record production for a year, but recently the numbers have gone flat.

Peach says, “Oil and gas employment just may not come back to its previous peaks.”

While an Industry Feeds on the Destruction of Rent Control, Help Is on the Way