Peer-reviewed research literature is the gold standard in all fields, including education — and the predominance of such studies in the United States does not show positive impacts on average for the charter school sector. While it is true that one can find an occasional peer-reviewed study that identifies small effects for particular charter schools, studies that show a positive achievement effect are often produced by researchers primarily funded by foundations and think tanks that are ideological school-choice advocates.

Are there examples of student success in charters? Of course, as there also are in public schools.

Charter schools, which are typically public schools that are privately operated, have grown rapidly since the enactment of the first charter school law in Minnesota in 1991. A recent report by the National Alliance for Public Charter Schools (NAPCS) reported that there are now more than 6,800 charter schools enrolling an estimated 2.9 million students.[1] In California, the growth of charters was more rapid than any other state during the past year as 80 new charter schools opened.[2]

An upcoming Stanford Law & Policy Review article attributes the rapid growth to the fact that many states have been prodded by lobbyists and foundations to lift caps on the number of charter schools contained within states. Also behind the growth are hundreds of millions of dollars in financial incentives created by federal grant programs such as Race to the Top.[3] Other federal and state grant programs for charter planning and implementation have encouraged growth even more.[4] As a result, according to a NAPCS report, “There are now 27 states with at least 50 operating charter public schools and nearly 20 states with 100 or more charter schools.”[5]

Among the most prominent philanthropic supporters and proponents of the school “choice” cause are the Koch brothers, American Legislative Exchange Council [ALEC], Walton Family Foundation, Eli and Edythe Broad Foundation, Heritage Foundation and Foundation for Educational Excellence. Eli Broad’s Great Schools organization recently suggested that half of all the schools in Los Angeles should be turned into charter schools.[6]

Researchers analyzing data at the local district and school level have found that the diversity in aggregate data tends to disappear when charters are compared to their home districts and nearby schools.

Each of the choices pressed by neoliberal-leaning foundations and think tanks move the responsibility and funding of public education into the hands of organizations external to the traditional democratically controlled public school system. Charters and their lobbying organizations often spin test score data, student attrition, graduation rates and college attendance rates as evidence that charter schools are superior to neighborhood public schools.

We must consider these data with caution. Since the inception of the charter school movement, concerns have been raised about access and equity, particularly for high-needs students.[7] These concerns are linked directly to the incentives embedded in markets: Under conditions of competition, organizations (such as charters) may seek to maximize their market position by targeting relatively easier to serve clientele.[8] Consistent with this theory, charters have been accused by many of strategically recruiting relatively advantaged — “easier to serve” — students from nearby public schools.[9]

Furthermore, recent research from the Civil Rights Project at the University of California, Los Angeles has demonstrated that charters are more likely than traditional public schools to suspend students of color, creating a creaming effect in the student body.[10]

Charter proponents contend that competition, rather than leading to stratification, reduces market barriers by delinking residence from schooling opportunity.[11] Charter advocates, in support of this theory, point to national data showing that, in the aggregate, charter schools serve higher percentages of low-income students, and higher proportions of African American and Latino students, than traditional public schools.[12]  [13] The NAPCS has noted “public charter schools across the nation enroll, on average, a greater percentage of low-income students (46 percent versus 41 percent), black and Latino students (27 percent versus 15 percent and 26 percent versus 22 percent, respectively), and students who perform lower on standardized assessments before transferring to charter schools.”[14] 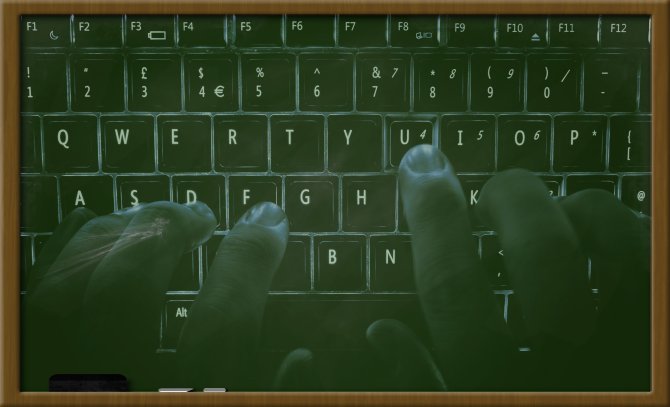 Researchers analyzing data at the local district and school level, however, have found that the diversity in aggregate data tends to disappear when charters are compared to their home districts and nearby schools. Using district and school demographics as the point of reference, researchers have concluded that charters are in fact quite segregated, enrolling either disproportionately more white students, or disproportionately high concentrations of students of color.[15] Studies examining individual student transfer data between traditional public schools and charters have similarly found that students tend to transfer into charter schools in which students from their own background are more represented.[16]

In markets there are winners and losers. In the case of choice, the long-term losers in a large-scale market-oriented education appear to be historically underserved students of color and special populations. Writing in the journal Teachers College Record, University of Colorado education professor Kevin Welner identified 12 ways that charters avoid students of color and special populations — a dirty dozen. The National Education Policy Center has also noted that “charter schools may be public, but they can shape their student enrollment in surprising ways. This is done through a dozen different practices that often decrease the likelihood of students enrolling with a disfavored set of characteristics, such as students with special needs, those with low test scores, English learners, or students in poverty.”[17]

So school choice is just that — except that charter schools are doing the choosing instead of communities. Parents and students should be able to choose a neighborhood public school with the important characteristics that are already established in the research literature and consistently observed in wealthy high-performing public and private schools. [18] As they seek the best educational environment, they should remember this: The predominance of data and peer-reviewed literature demonstrate that charters, on average, have not produced the equity, social justice and achievement benefits that proponents claim.

[9] See Diane Ravitch, Con: Say ‘no thanks’ to Charter Schools, available at https://www.washingtonpost.com/blogs/answer-sheet/post/ravitch-why-states-should-say-no-thanks-to-charter-schools/2012/02/12/gIQAdA3b9Q_blog.html

Related Topics:charter schoolspublic education
Up Next