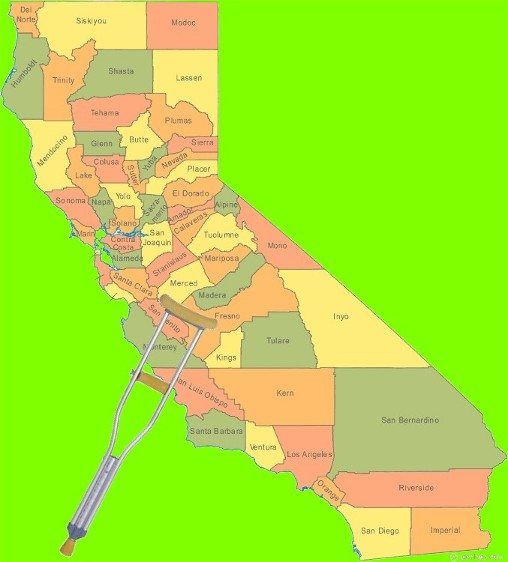 In the face of a relentless media campaign and the threat of an extreme workers’ comp reform ballot measure, the Legislature passed SB 899 in 2004—a draconian bill that gutted the workers’ compensation system and created more pain and suffering for injured workers.

Since SB 899, permanently disabled workers have seen their benefits slashed to the bone.  Medical treatment is delayed and denied by insurance companies, sometimes for over a year. As a result, injured workers are stuck at home battling insurance companies for the medical care they need, with no ability to return to work.

The Schwarzenegger “reform” has failed both employers and workers. The system is still unstable and costs are rising across the board. Now is the time for real reform that protects workers, eliminates waste and reins in costs for workers and businesses. This year, representatives from both labor and management came together to fix the system before we face another workers’ comp crisis. Admittedly, labor and management don’t agree often on many issues. But both sides see the crisis facing workers’ comp, and want to get ahead of the impending disaster before employers and injured workers are crushed by rising costs and no path to increased benefits.

After hundreds of hours of negotiations, a team from labor and management, with the support of the Department of Industrial Relations, has developed a workers’ comp reform package that drastically improves the system, increasing benefits and instituting savings throughout the system.

We have an opportunity, in the next five days, to pass significant workers’ comp reform (SB 863) that would (1) add $740 million in NEW permanent disability money into the pockets of injured workers, (2) mitigate the delays injured workers face getting medical treatment, (3) deliver savings to the employers and (4) actually bend the rising cost curve of workers’ comp.

Not only is this reform proposal good for injured workers and for employers, but it is good for all of us in the union movement. How many times have we been at the bargaining table only to hear employers say they can’t afford a raise or benefit increase, or that they have to cut benefits for family coverage, because workers’ comp rates are bleeding them dry? How much have union members given up in wages and benefits because comp rates are skyrocketing?

Labor and management’s reform puts $740 million into the pockets of injured workers and helps them get timely, appropriate medical care. We have a governor who will sign the deal and employers who negotiated it.

Still, opposition from vendors who profit from the status quo is steep. The question we ask the opposition is this — what are YOU going to do to get $740 million in new dollars for injured workers? What is YOUR plan to stop the delays and denials of medical treatment? How will YOU stave off double digit increases in workers’ comp costs?  What are YOU going to do when union members are at the bargaining table fighting for wage increases and health care, when workers’ comp costs increases have eaten up the money on the table?

Finally… opponents to reform are saying this deal does too much, too fast, too late in the session. The [California Labor] Federation has been fighting to get more money to injured workers for eight years. This year, the Assembly Insurance Committee and the Senate Labor Committee held an informational hearing in March to tee up labor-management negotiations.  The Department of Industrial Relations and the Division of Workers’ Compensation held a statewide listening tour to take input from all stakeholders in the system before negotiations started. Many of the medical reform provisions have been passed by the labor-management Commission on Health and Safety and Workers Compensation, through public testimony, written feedback, and public votes to adopt the research.

Why anyone is surprised about this effort is a surprise to us.

This negotiated deal is not perfect, we don’t profess it to be so.  But that is the nature of negotiations – no one gets everything they want. Yet, we have a proposal that garners the support of both unions and employers, meeting the fundamental goals of getting more money to injured workers, bending the cost curve, and saving employers money.

There is no other path to getting $740 million back in benefits to injured workers. The Legislature must pass SB 863.

Angie Wei is the legislative director for the California Labor Federation. She also serves as chair of the California Commission on Health and Safety and Workers’ Compensation. Her post first appeared on Labor’s Edge and is republished here with permission.

Related Topics:SB 863workers' compensation
Up Next