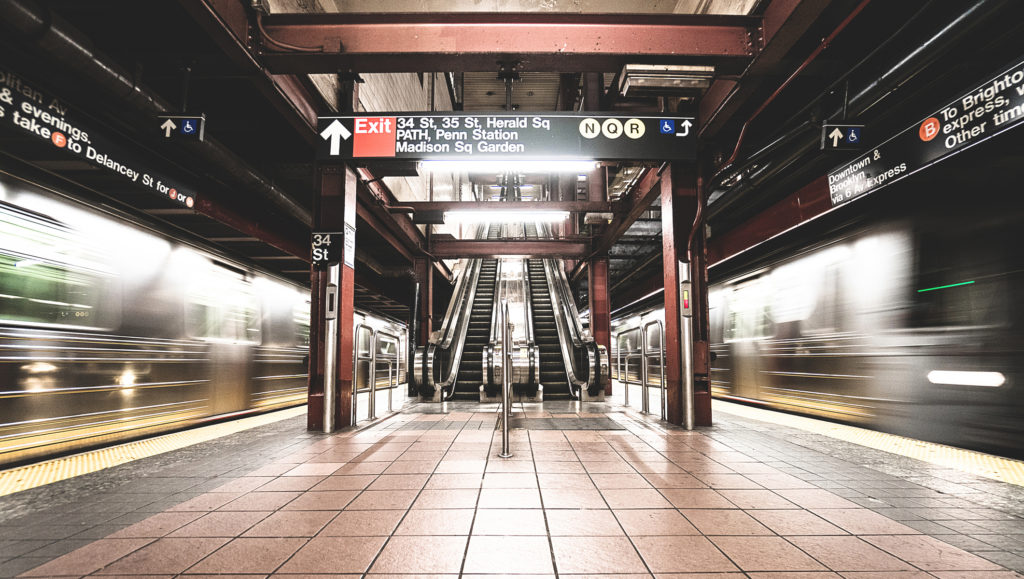 The $2 trillion Coronavirus Relief Bill signed into law last week, the largest aid package in U.S. history, also contained the largest aid package ever for U.S. transit agencies: $25 billion. The money comes at a time when ridership and revenues have plunged during the COVID-19 health emergency. Experts say the money, which has basically no strings attached, should be more than enough to keep workers employed, at least through the year. But transportation experts say that after the health crisis abates and jobs come back, mass transit could look somewhat different.

Owing to stay-at-home orders in many cities, transit ridership has been in freefall through March, according to Moovit, an urban mobility app. In its request for federal aid, New York’s Metropolitan Transportation Authority (MTA), the largest in North America, asked for more than $4 billion from Congress to offset a loss of revenue from a steep decline in ridership. In San Francisco, where residents have been ordered to stay home since mid-March, the Bay Area Rapid Transit system (BART) has seen a ridership decline of 90 percent and has been forced to reduce service.

It is not yet clear how the money will be divvied up among the different transit agencies across the U.S., nor is it clear how each agency will use the money it receives. The law comes with more suggestions than strings: It simply says emergency funds are “to prevent, prepare for and respond to coronavirus.” According to the bill, the money is reimbursement for lost operating costs accrued since Jan. 20, 2020, and could be used to maintain service during the ongoing pandemic, or to pay for personal protective equipment and salaries for furloughed workers due to a reduction in service.

In an email, a spokesperson from L.A. Metro said “It’s too soon to know what the recovery will look like,” but in the coming days L.A. Metro will be working with federal authorities and L.A. County congressional representatives to allocate the federal assistance money – which it estimated at between $710 and $810 million – “to the highest and best use in the midst of the COVID-19 pandemic.”

But however they use the money, transit agencies – at least the biggest ones – should be in stable condition for at least the rest of the year, according to James Moore, a professor of engineering at the University of Southern California’s Price School of Public Policy.

“The sky is not falling, and I think transit agencies will be in good shape even if ridership is zero,” Moore said. “Twenty-five billion is close to their entire operating subsidies last year, and that is on top of DOT grant programs. Depending upon how quickly ridership, farebox revenue, and tax revenues recover, many agencies may be able to weather their financial shortfalls without difficulties.”

Moore’s estimate is backed up by Tom Rubin, an Oakland-based transportation consultant. Rubin points to a recent report from the Congressional Research Service that indicates total taxpayer subsidies in 2018 netted U.S. transit agencies slightly over $33 billion after operating expenses.

Rubin agrees that the bailout money will keep large operators in the black, and then some, this year. “Suburban routes where ridership is small, where it is not unusual to have 90 percent of revenues covered by taxpayers, might cut back, or they might have different types of services such as microbuses.”

But, he added that a sustained downturn might mean even big city transit ridership suffers after the economy picks up, carrying only riders who have no other option. “Even in the New York City urbanized area, fewer than one in three get to their jobs via transit. The job growth has been outside the urban core.”

In a survey from mid-March, Uber and Lyft drivers said their demand was down by nearly 83 percent.

Ridesharing companies Uber and Lyft have been affected by the health crisis, too. In a survey from mid-March, Uber and Lyft drivers said their demand was down by nearly 83 percent. “We’re seeing it worse after the survey dates,” Harry Campbell, founder of The Rideshare Guy blog, told Capital & Main.

“When driving you’re not a six-foot distance,” Campbell said. “You’re taking a risk by driving. I would not be shocked if Uber and Lyft stopped services altogether. It could happen if it becomes unprofitable.”

Will people get people back on the bus?

There are still many unknowns with the COVID-19 outbreaks, including when the peak will occur and how long will stay-in-place orders last. It’s also not clear when it will be safe to be in close contact with others, nor whether, even when it is technically safe, people will still avoid public transit if they can.

According to a recent online survey conducted by research firm Northstar, nearly half of Americans feel that public transit poses a high health risk due to COVID-19. Their fears are not unfounded. Research has shown that taking public transit can increase a person’s risk of contracting a respiratory infection like a cold or flu because of poor ventilation and the close proximity of passengers. However, preliminary results from a team of scientists swabbing public transit has found no sign of novel coronavirus on any surfaces. Still, that doesn’t mean a rider couldn’t get it from the cough, or the breath, of another rider.

Nearly half of Americans feel that public transit poses a high health risk due to COVID-19.

Right now transit agencies are in a bind: They want to keep riders over the long term, but they don’t want so many right now that they’ll be violating safe social distance guidelines, or that they’ll use transit for nonessential trips during stay-at-home orders.

If current social distancing and urban “lockdowns” are in place for many months, all bets are off about how fast, or whether, ridership will ever reach pre-pandemic levels. Even if people feel safe getting back on the bus and train, it’s not certain whether they will have moved on to other forms of transportation permanently.

Scholars and historians are struggling to find a historical analogy that might suggest how transit ridership will change after the COVID-19 crisis. Asha Weinstein Agrawal, a professor of regional and urban planning at San Jose State University, says that neither 9/11 nor Hurricane Katrina are good analogies because in those cases the transit system itself was damaged, not ridership. “A better analogy is the [2008] recession, when many were out of jobs, not traveling to work as much. So transit had a double whammy of fewer riders and losing revenue from sales taxes.”

But Agrawal adds that transit operators tend to make route cuts when the economy is in recession, but don’t automatically add routes when the economy picks up. And that’s a danger for riders in suburban areas, which already have few routes.

“BART and Metro will run because they are essential. But what about [a system] with 30 buses and six routes? They are the option of last resort for people with no cars, and they are almost entirely reliant on government subsidies.”

Agrawal says a more ominous analogy, a sustained crisis requiring huge upgrades, could mothball many routes or even put agencies out of business. “[During World War II] suddenly people used mass transit, and it was running for 24 hours. It was harder to drive because of rationing. When the war ended transit was ground down and needed a lot of maintenance. Many shut down, needing to invest too much to keep operating.

“If they fall into too much disarray, will they get the resources they need, especially smaller agencies?”

Susan Shaheen, co-director of the Transportation Sustainability Research Center at the University of California, Berkeley, thinks the current crisis could be an opportunity for transit operators to reimagine the services they provide.

“They could apply [the federal money] to innovative technology, like UV light to sanitize busses and trains. They could test other innovations like micro transit. Any crisis can be an opportunity. It’s hard to know whether public transit will do this.”

Tom Rubin agrees that transit operators should be focusing on cleaning and safety to get riders to return. In the near term, he said, “This is going to be a real good time to be running a used-car lot.”

Mariachi Plaza in the Age of Coronavirus