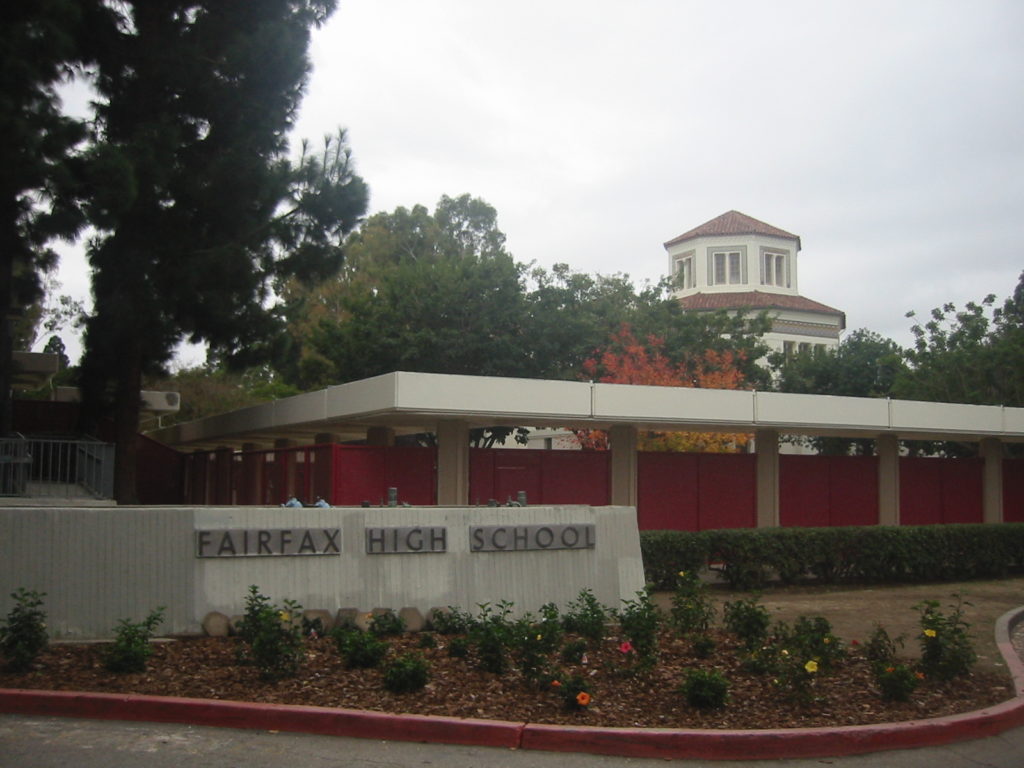 Charter-law reform may have come to California, but the free-market logic of schools-of-choice programs continues to divide. So say Los Angeles public schools advocates in the wake of a November 15 announcement by L.A. Unified that it may evict the Career and Transition Center (CTC) West program and its special needs community from its Fairfax High School campus home to make way for the West Hollywood-Fairfax Academy, a proposed new public middle school catering to neighboring WeHo families. (Although West Hollywood is incorporated as its own city, its public school students belong to the L.A. Unified School District.)

For CTC West’s supporters, who rallied last week with protests and an online petition, the hostile takeover attempt is so much déjà vu. A similar gambit in May by the WFHA design team that targeted the campus of West Hollywood’s K-8 Laurel Span School was only beaten back by Laurel families and teachers two weeks ago. In both instances, defenders complain, WHFA’s prime mover, LAUSD District 4 board member Nick Melvoin, neglected to reach out to, or invite input from, the area schools that will be most impacted by a new middle school, whose student body would be drawn from whiter and wealthier West Hollywood schools. “District 4 is very famous for asking for forgiveness, not for permission,” Laurel activist parent Steve Veninga quipped to Learning Curves. “They don’t really come to the community until it’s too late.”

Melvoin admitted by email that the WHFA birthing process was far from perfect or inclusive. Which is why he had recommended to the school board that it postpone a final vote on WFHA from December 3 to sometime next year — a pause, he said, “to reflect on and address the voices of additional stakeholders, who only recently learned of the proposed new [middle school] pathway into Fairfax High.”

But the BD-4 member stood by his conviction that the WHFA enjoyed strong support from WeHo elementary parents, and that a new middle school remained the best bet to accommodate some of what he estimates to be the 85 to 95 percent of WeHo middle schoolers whose parents pass up LAUSD for private or charter middle schools.

Although a Supreme Court decision on the legality of Donald Trump’s decision to kill the DACA (Deferred Action for Childhood Arrivals) program isn’t due until June, November 12’s oral arguments revealed little sympathy among the Supremes’ right-wing majority for staying the president’s hand. Instead, the conservative justices raked DACA defenders Theodore B. Olson and California Solicitor General Michael J. Mongan with a barrage of questions that seemed skeptical of the idea of judicial checks on executive power and unconcerned by the moral implications or the humanitarian consequences of breaking faith with the DREAMers. “This is not about the law,” liberal Justice Sonia Sotomayor reasoned during the proceedings, “this is about our choice to destroy lives.”

For one thing, an estimated 9,000 DACA educators will disappear from public schools as their status expires— a mass exodus that will fall hardest on vulnerable students and will likely be concentrated in the same communities of color that already disproportionately suffer from high educator turnover and the chronic teacher shortage crisis. The threat to higher ed is even worse. California alone has an estimated 30,000 to 40,000 DACA students enrolled in its public colleges and universities that will lose their right to work, and will again live under the uncertainties of deportation. And although they may still qualify for in-state tuitions and continue to be eligible for nonfederal financial aid under the California Dream Act, that’s cold comfort in a state where stratospheric living costs already typically force DACA students to supplement assistance by holding down jobs to stay in school.

Teachers at the nation’s second-largest school district have backed Bernie Sanders for president in the 2020 primary election. The November 14 nod by the UTLA House of Representatives marks the first endorsement in the country by a teachers union of a presidential candidate. “Sanders is the first viable major candidate in 25 years in the Democratic Party to stand up against privatization, the charter billionaires, and high-stakes testing, and to stand up for a massive redistribution of wealth to schools and social services,” said UTLA President Alex Caputo-Pearl in a statement.