The COVID-19 pandemic has brought all sorts of uncomfortable truths to the surface in California. Minority and lower income communities, whose families live and work in conditions that produce worse health outcomes overall, have been ravaged by the virus. Testing and vaccination distribution efforts have been wildly uneven. While wholly ignorant of the science, the politicization of the COVID vaccine and basic safety measures like masking have hindered even the most organized efforts to prevent the spread of disease.

And for those who’ve long considered the state’s health care system broken, the pandemic’s march has reminded them why they’re working to change it.

“I often say that the pandemic didn’t create the inequities we see, but it certainly exposed and exacerbated them,” said California state Assemblymember Ash Kalra (D-San Jose). “A lot of people have woken up to the fact that our health care system is not only inequitable, but there are a lot of people suffering — affected by COVID and dying from COVID — because they don’t have the same access to health care as others in our state.” 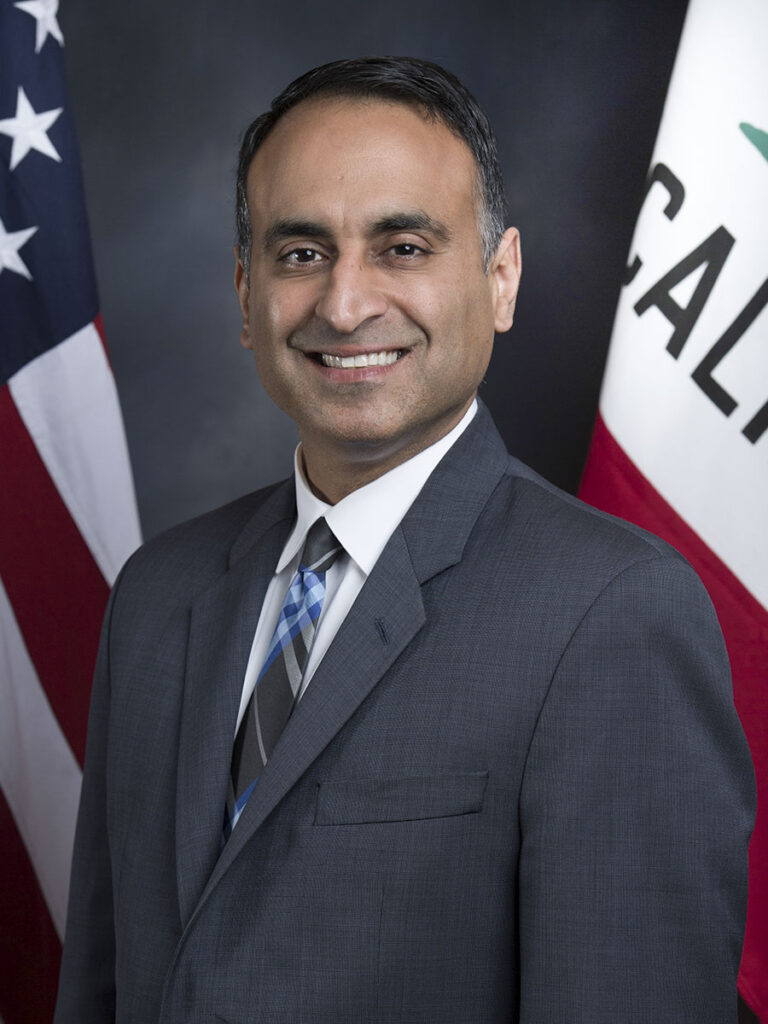 To Kalra and many others, the solution to that problem is not a tweaking of the system but a transformation of it to a single-payer form of health delivery. In trying to make that happen, the assemblymember and his colleagues find themselves opposed by the same monster alliance that has blocked the overhaul of health care in California for decades: multibillion-dollar health companies and their political operatives, who bring money and influence to the halls of the Capitol as they lobby for the status quo.

At the same time, Kalra knows that Gov. Gavin Newsom campaigned on a pledge to move California toward single payer — a pledge, critics note, that Newsom has slow-rolled ever since. Kalra also knows that the Biden administration might consider allowing the state to use federal Medicare and Medi-Cal money to create a new system, an idea the Trump administration would have never entertained.

So the assemblymember will push single-payer legislation up the hill once again.

In January, Kalra will reintroduce to the Assembly the single-payer legislation he first brought forth earlier this year. The bill, AB 1400, calls for the creation of a program that would administer health care for all Californians under one public system, CalCare.

The bill is sweeping in its scope and inclusion. All residents of the state would be covered regardless of their citizenship status. (Roughly 3.2 million Californians are projected to have no health insurance in 2022, according to recent estimates.)

Californians would pay no premiums or deductibles, and they’d have no copays or out-of-pocket costs. Instead, the program would likely be financed through a variety of measures that include increased taxes, though AB 1400 does not identify a specific funding mechanism. It also does not estimate a total cost, although the number was pegged at $400 billion during a previous legislative effort.

“I’ve been doing this for 20 years, and I think for the majority of that time there has been a bill working for a single payer system.”

In short, single payer looks and acts nothing like the current health care system. That is precisely why it — along with any other movement toward a universal type of coverage for California residents — is such an existential threat to the industry’s wildly profitable behemoths.

It’s also not a new concept. Going back to the late 1990s, state representatives have tried unsuccessfully to advance or enact single payer legislation. One such effort, in 2005-06, made it as far as the desk of then-Gov. Arnold Schwarzenegger, who had previously decried the bill as “socialized medicine” and promptly vetoed it.

“I’ve been doing this for 20 years, and I think for the majority of that time there has been a bill working for a single payer system,” said Anthony Wright, executive director of Health Access California, which he said supports a single payer system as one avenue toward universal health care coverage for all residents of the state.

So why now? To Kalra, the answer is obvious: The need has never been greater, and pushing for legislation will force those in the corridors of power to show their hands.

“I think if you don’t have a bill, it makes it really hard to speak in the theoretical sense about something that is so meaningful,” he said. “We’ve had 20 years of committees and commissions and studies on single payer and our current health care system. A bill prompts people to act. Some of my colleagues may not like what I’m doing, but at least they’ll have to speak to it, and think about it, and process it.”

Kalra introduced AB 1400 in February. It didn’t make it out of the Rules Committee, its first stop. The assemblymember says he asked that it not be referred to a policy committee “so that I could continue to work not only on the bill, but on gathering support from my colleagues.” That action put the bill on a two-year track, meaning Kalra needs to reintroduce it early next year.

It’s unclear how much support he’ll have from the governor. As he campaigned in 2018, Newsom made no secret that he favored a single payer system, saying at one point there was “no reason to wait around” and adding, “Single payer is the way to go.”

Large scale studies of single payer suggest that it would save money overall, primarily because drug prices and administrative costs would both shrink.

Once in office, though, the governor has backed off repeatedly. He did announce the formation of the Healthy California for All Commission (Wright, of Health Access California, is one member), whose stated goal is to identify a plan “that provides coverage and access through a unified financing system, including but not limited to a single-payer financing system.” In public remarks, Newsom has begun invoking the phrase “universal coverage,” a more general term that does not specifically favor single payer.

When Newsom faced a recall from office this year, groups like the California Nurses Association and the National Union of Healthcare Workers rallied to his side. (Disclosure: CNA and NUHW are financial supporters of this website.) Those groups are strong advocates of a single payer system who want to see the governor make good on his campaign remarks (the CNA is the chief sponsor of Kalra’s bill). But Newsom’s heavy political contributors include Blue Shield of California and the California Medical Association (CMA), both of which vehemently oppose a move toward universal coverage or single payer.

Asked about Newsom’s support, Kalra said, “I think you saw much of the progressive movement, including single payer advocates, get behind the governor (to oppose the recall) because the choice was so clear. Now there are several issues on which folks are putting pressure on the governor and the Legislature to act more aggressively, including health care.”

Funding a single payer system involves two shifts, one in actual money and the other in mindset. Large scale studies of single payer suggest that it would save money overall, primarily because drug prices and administrative costs would both shrink. But California residents would see taxes rise in order to pay for the system, even if it works to their ultimate financial benefit. The state also would have to petition the Biden administration to redirect money currently going to Medicare and Medi-Cal in the state and use it to pay for CalCare.

Those are both major lifts, and they provide fodder for opponents to play up costs and restricted choices for consumers.

“You have to earn people’s trust that any change will be an improvement for them and their family,” Wright said. “You have to be able to prevent the mischaracterizations and outright lies that you know are going to crop up in resistance.”

With former California Attorney General Xavier Becerra currently serving as President Biden’s secretary of health and human services, proponents of single payer here say there is finally a path toward gaining federal approval for California to redirect its federal funding to a single payer system. Becerra is a longtime supporter of single payer.

Kalra said AB 1400 specifies that CalCare won’t become operative “until the funding is sorted out.” On several levels, that’s the whole equation. It was partially because of the lack of a funding mechanism that Assembly Speaker Anthony Rendon (D-Paramount) shelved a similar proposal in 2017, calling it “woefully incomplete.”

Will the same happen in 2022? Since the introduction of the bill early this year, the usual forces — Blue Shield, the CMA, the California Hospital Association, the California Association of Health Plans — have aligned against it. They have the political wherewithal to lobby aggressively against anything that disrupts the current system — and, as noted, they have access to Newsom.

“The number one thing that opponents will put out there is fear,” Kalra said. “They’ll try to scare people into thinking that we’re taking something away, when in fact we’re trying to make health care available to everyone rather than subsidize a massively profitable health care industry.

“But this is a defining cause for me. I truly believe health care is a human right, and we’ve been denying that human right to far too many people for far too long. The whole idea of transforming our health care system is not something that happens overnight — but it’s not going to happen at all if we don’t take first steps. This is about as big a step as we can take, at least in terms of what we aspire to.”